The Spanish Federation of Naturism gathered in Cala Mosca last Sunday to show their rejection at the urbanisation project in which is planned to build more than 2,200 homes along the last virgin stretch of the Orihuela coastline.

The group has repeatedly spoken out against the construction project by the company Gomendio. The platform criticises the plan, calling it “absolutely savage” for three reasons.

This action was organised by the artist Pablo Rubio in support of the demands of the Salvemos Cala Mosca Platform. 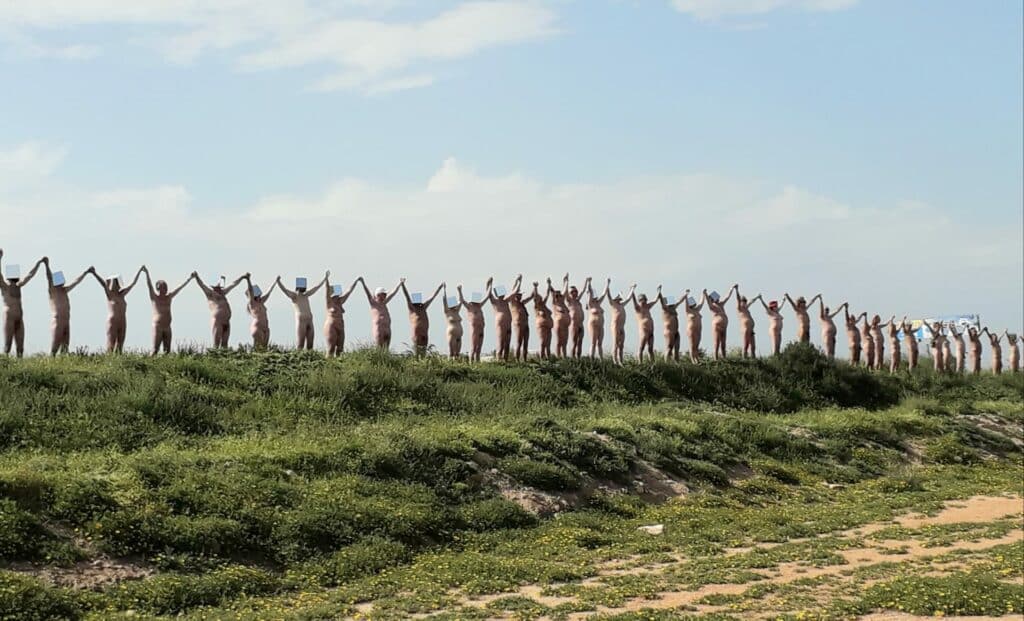 At the end of March, the organisations Amics dels Aiguamolls del Sud de Alicante (AHSA), Amigos de Sierra Escalona, Salvemos Cala Mosca and the San Miguel Arcángel residents’ association of Sant Miquel de les Salinas filed an appeal before the Orihuela Council to reverse the decision, against the modification of the partial plan of sector D-1 Alameda del Mar, which will affect 44 hectares of first line rural land in the cove of La Mosca and the protected marine area of Cap Roig.

However, the Prosecutor’s Office decreed that “no breaches have been identified in the phase prior to the execution of the works, having carried out several studies associated with the possible impact on protected species” and therefore they denied that environmental regulations have been breached.