Residents who use the route on a regular basis are warning that the area around the infamous ‘sinkhole’ on the walkway above la Caleta beach, is in even more danger of collapse. They are saying that the latest heavy rains have now enlarged the hole, which has been in need of ‘urgent repair’ since September 2019, and is now in a ‘dire and extremely dangerous state’.

The two storms that have ravaged the coast in less than fifteen days, in addition to the strong tides that were seen last Monday, have caused a great deal of damage, especially to the beaches and particularly in terms of the loss of sand. 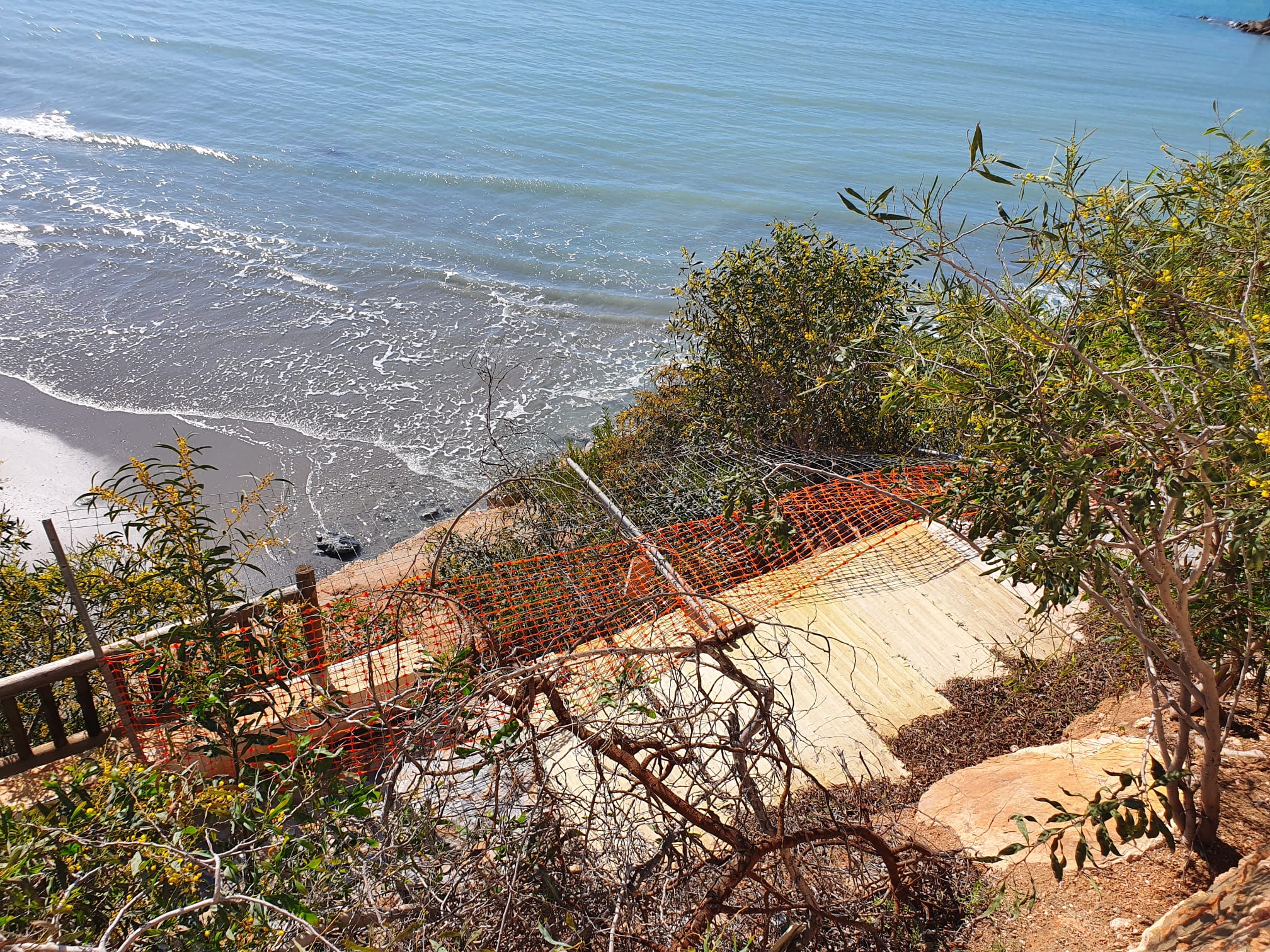 However, the council has said that it will urgently begin the recovery of the coastline – walkways, footbaths and removal of algae- to ensure that the eleven Orihuela Costa beaches are ready for Easter.

But still nothing has been done about the sinkhole that affects the pedestrian walkway above Cabo Roig beach, that has been in a dangerous condition for more than two and a half years -since the DANA of September 2019- despite it being one of the busiest areas of the coast.

The Cabo Roig and Lomas Neighborhood Association has warned once again that the recent storms have enlarged it even more, with it now presenting even more of  “a serious danger of landslide and collapse”. 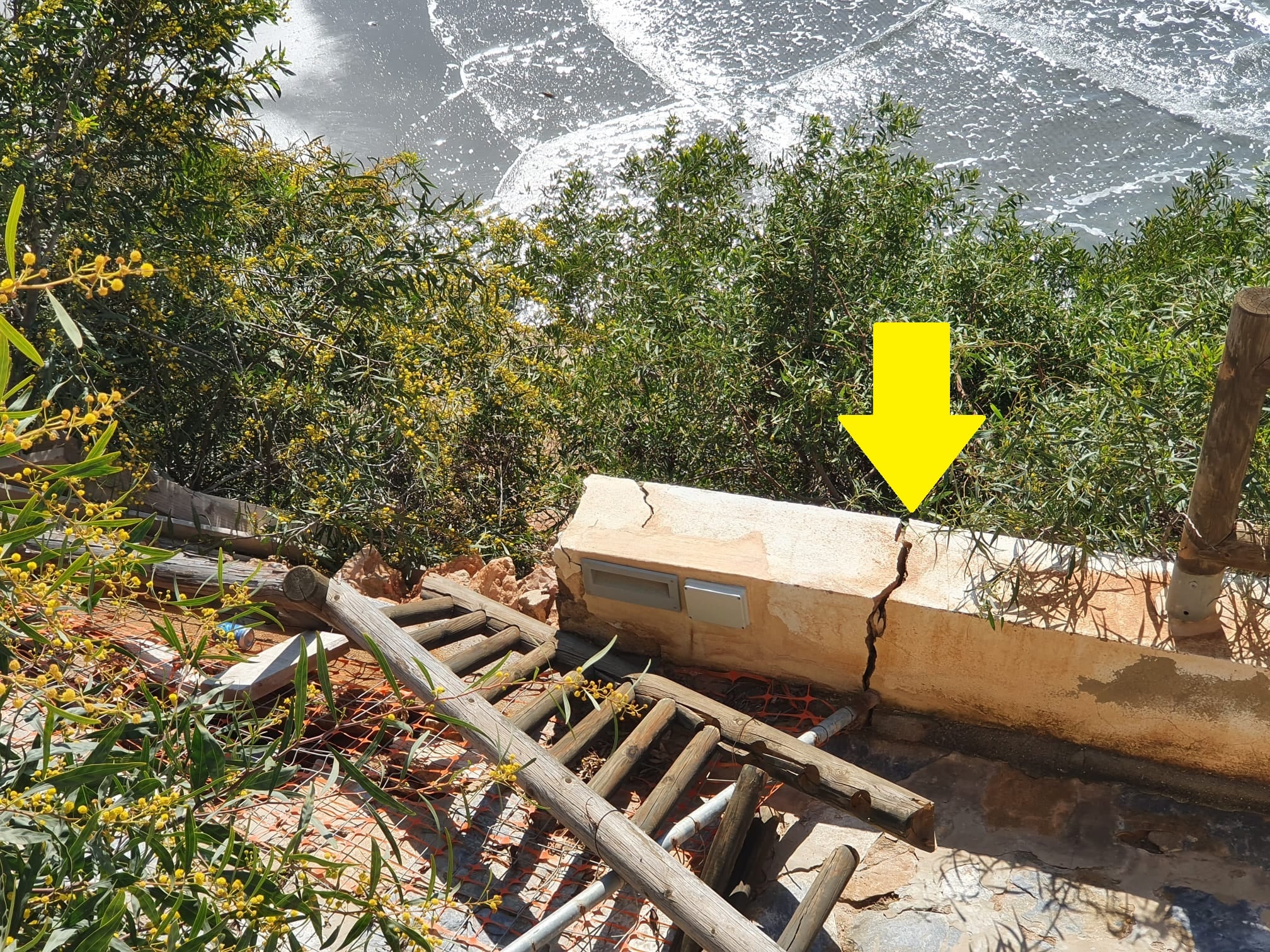 In June the association filed a petition with the City Council to request the repair of the infrastructure, the shoring of the embankment, the placement of a fence and its signage, but it failed to get a response from the council.

And now the situation is even more severe with serious damage to the slope, a provisional wooden walkway that threatens to fall at any moment, an alarming crack in a section of the low wall and a partially fallen fence, erected to prevent access, meaning that the area is in “a critical state and in an alarming condition”. 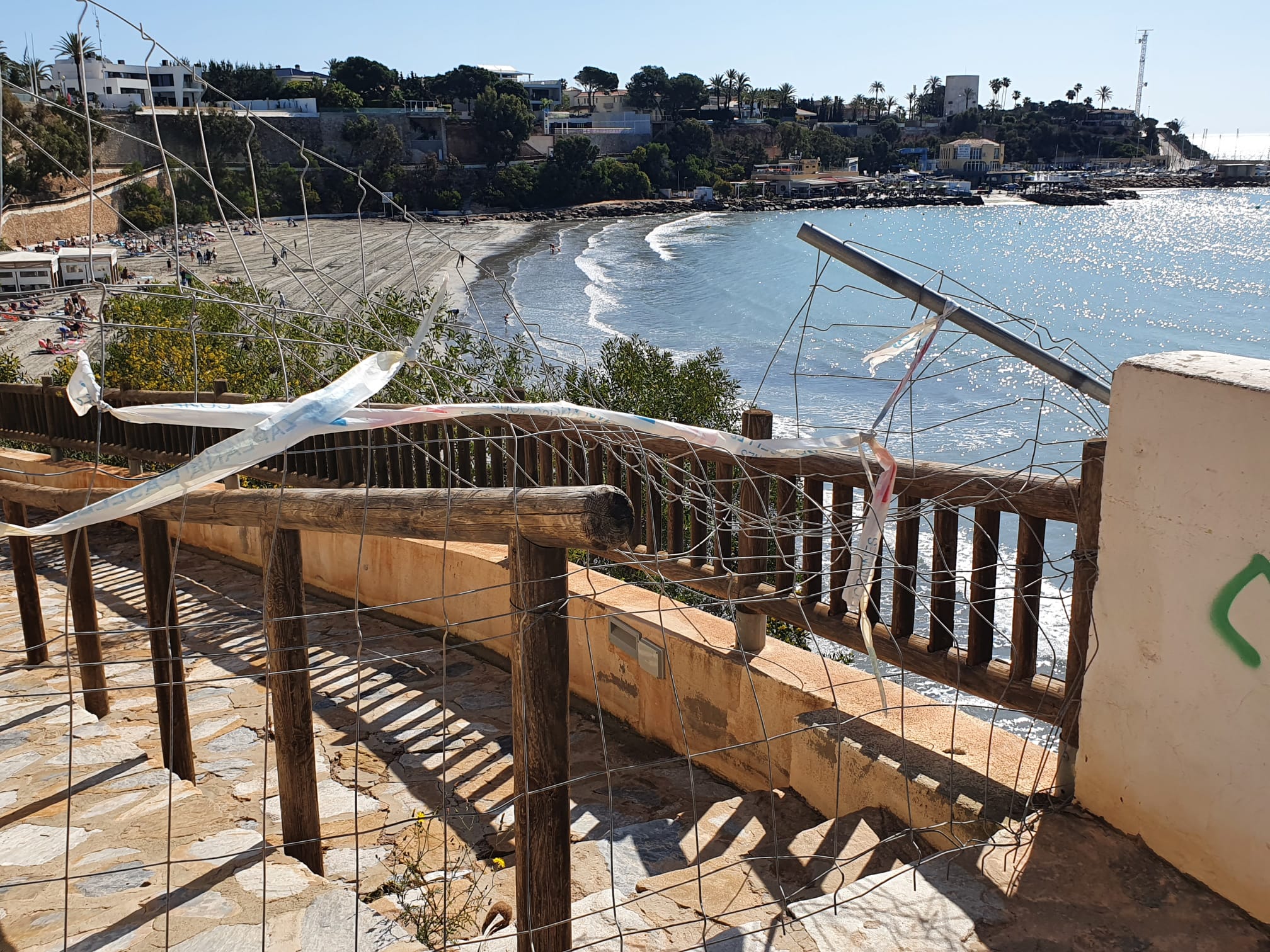 In addition, they add, there is no protection to prevent the passage of people along the beach at the base of the sinkhole, so it is also a danger to pedestrians. Already in October 2019, a Scandinavian resident was rushed into hospital after she fell into the hole, overgrown by the bushes on the embankment.

It is, they say, one of the many chronic deficiencies, despite it being regularly highlighted by residents and visitors, and now, with the motion of censure recently served on the government by opposition parties, “the coast is falling apart before the astonished gaze of residents while the politicians continue to fight over their toys”.

“This is the image that is being seen of Orihuela Costa,” they say, “this Easter”.