Having previously gone 11 games unbeaten, stretching back to mid-December, when they lost at league leaders Crevillente, Thader’s run was halted at the most unlikely of places. Not only are Alicante University 2nd to bottom in the league, but up to last Saturday evening, they had only won 4 matches all season.

As Thader also lost at home to the university side way back in mid-November last year, they will be doubly disappointed at this result.  But it wasn’t all bad news for the men from Rojales, for the following day, nearest challengers Redovan, lost at home to soften the blow.

This now means that Thader are still 3rd in Preferente div, on 49 points, 1 point ahead of 4th place Redovan. 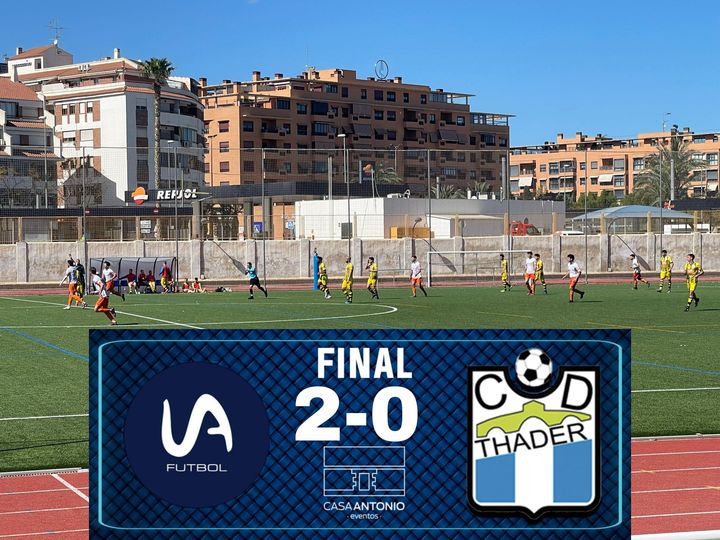 Manager Raul Mora elected to make 3 changes from the emphatic 5-0 victory over Aspe the previous week.  Out went keeper Chema, Jony and captain Lloyd, to be replaced by Amine, Konate and Juan.

Even though they went into the interval 1-0 down, the 2nd half saw numerous good chances to square proceedings, but a late university goal put paid to them salvaging even a point.

On Sunday 10 April, ko 1130, at Moi Gomez stadium, Rojales, Thader take on Novelda UD.  With only 5 matches of the season remaining, this match now becomes a must win fixture if Thader are to finish in the top 3 playoff places.

Greyhound racing back in the fast lane