Thader fought out a tough Preferente division goal less draw against local rivals Redovan, which now puts them on 20 points. It was always going to be tight, as 6th place Thader took on 5th in the table Redovan.

Before start of play, there was a minute’s silence for ex Thader player Antonio Garcia (Loro), who has the distinction of being socio member no 1. 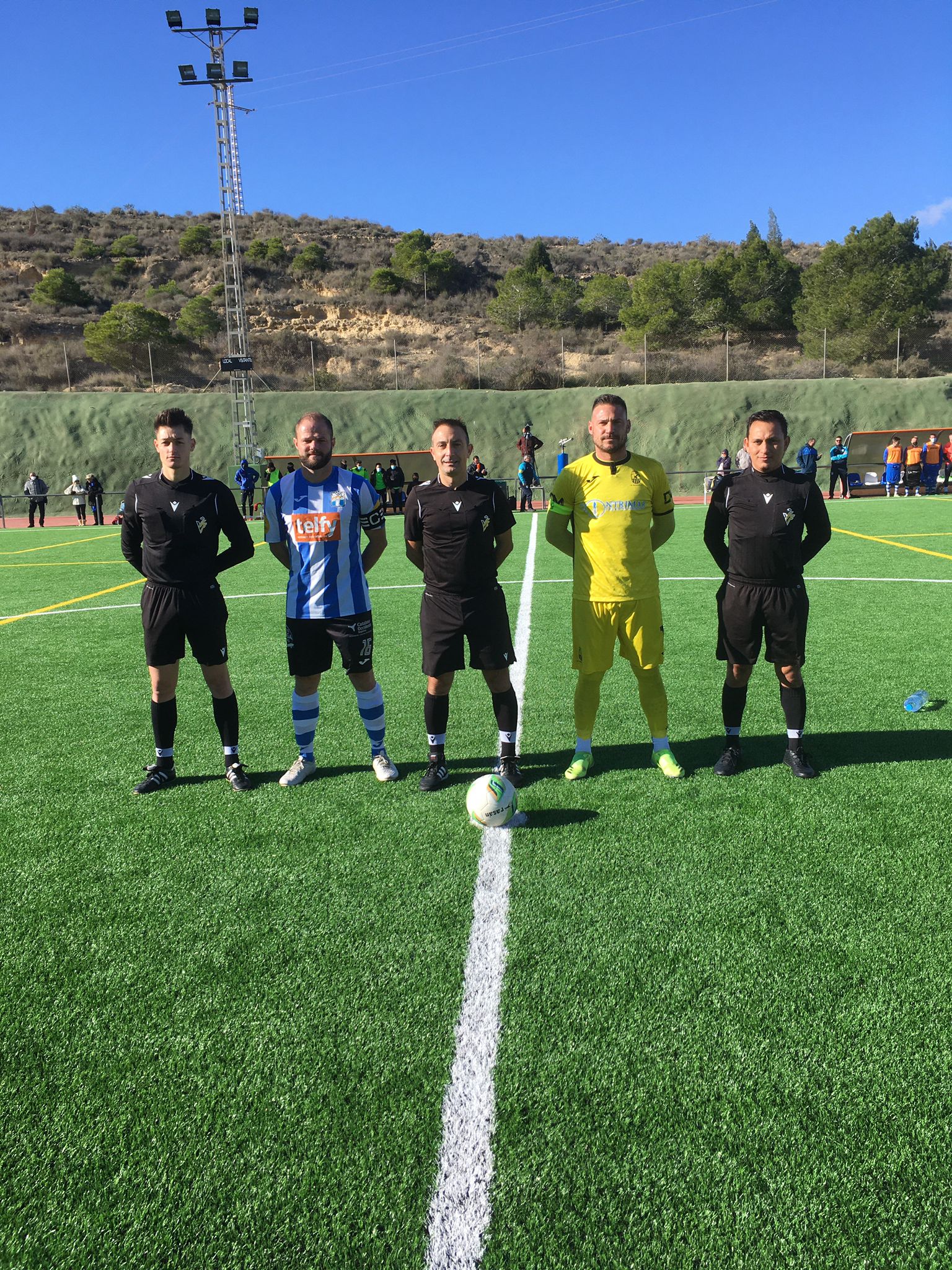 For the first 25 minutes, it was all Redovan, as Thader struggled to come to terms playing against the wind.  The hosts first attack saw Quino put the ball in the net, but only after a clear offside had been penalised.  Neither sides keeper had much do, in a half that was ruined by weather conditions.  Amine, on his home debut, easily dealt with a number of routine saves, but was never really tested.

Thankfully, the 2nd period was much more of a spectacle, as Thader upped their game.  Playing with the wind gave them renewed confidence, although it was Redovan who produced the first real chance, when they thought they’d scored, but an offside flag came to Thader’s rescue.

Quino was fouled on the edge of the box on 55 mins, but Ruben’s free kick was well wide of the target.  Next it was attacking full back Rosquin who tried his luck from a similar distance, and also with the same result, as the men in blue and white were on the offensive.

Both Ruben and Javi had shots cleared off the line in quick succession, as it seemed only a matter of time before that elusive Thader goal would arrive.  But on 73 mins, a free kick from the left to the far post, required a brilliant save by Amine to deny Redovan’s Jaime putting his side in front.

With time almost up, Ruben shot narrowly wide, then with the very last kick of the match, an audacious effort by Fran inside his own half, was so close to making him a hero.

An away cup tie at Torrevieja has been pencilled in for the afternoon of Sat 4 Dec, although confirmation can be found by viewing CD Thader’s facebook page.