After more than three years, during which time Torrevieja firefighters have been making do with an old and unreliable aerial ladder, the Provincial Council has finally invested 700,000 euros in a new vehicle carrying a hydraulic platform that can be used for effecting rescue from high-rise structures.

It is essentially a large crane fitted with a caged platform which can be hoisted to heights well over 32 m (105 ft) in some cases. The platform may be raised to windows or balconies to rescue stranded persons.

The appliance is also capable of pumping water and is able to direct water jets into a fire from an elevated position.

Corporal Noel Quiñones, from the Torrevieja fire station, highlighted the importance of having a new ladder truck that will provide more safety and efficiency, especially for the emergency rescue of the elderly. These automatic escalators have a 360º rotating platform, in addition to a basket with capacity for four people to a maximum weight of 400 kilograms. 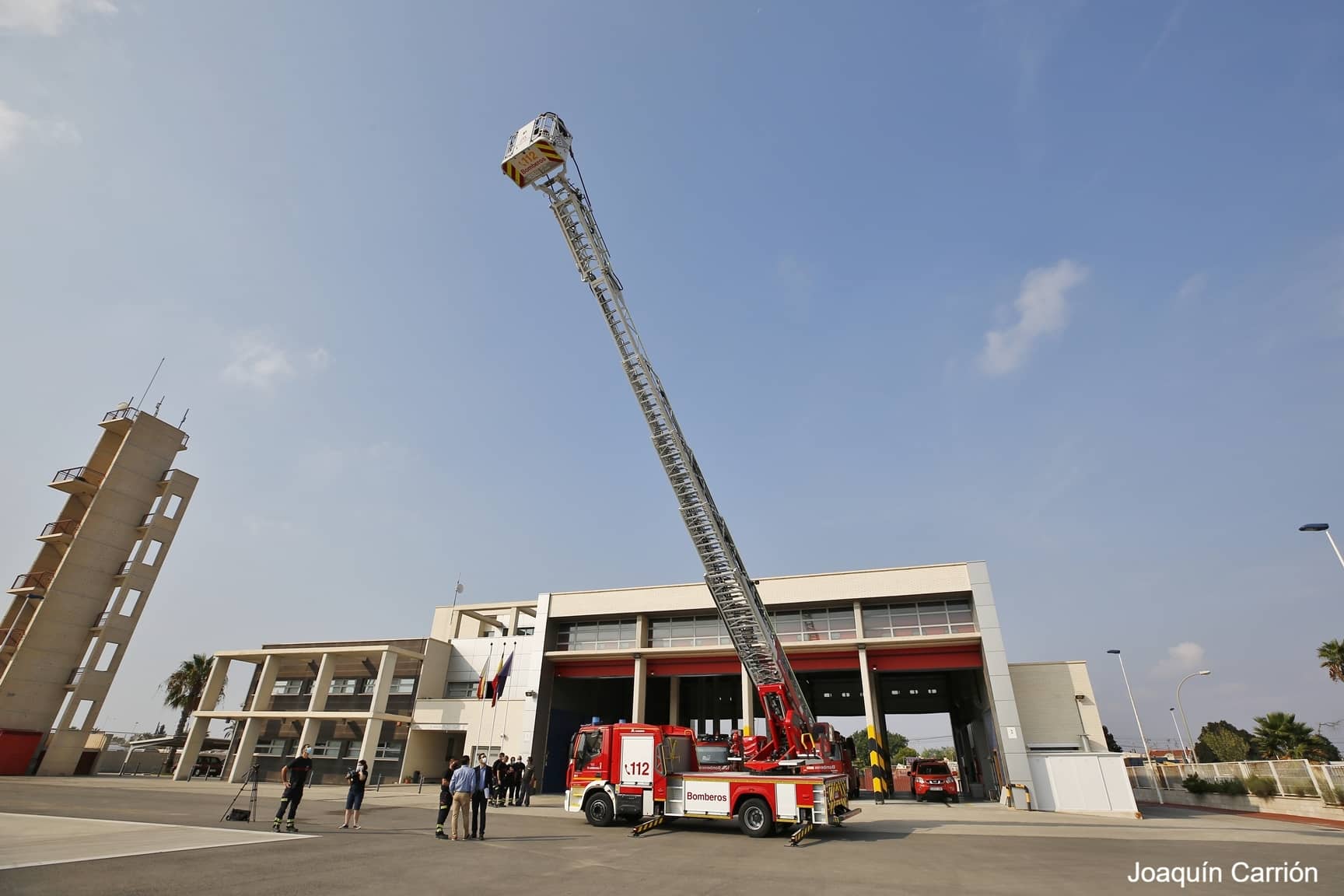 They also have rotating stretcher holders, suitable for supporting up to 200 kilograms, as well as anti-collision sensors, safety traffic lights for access to stair sections and an anemometer to measure wind speed.

The Torrevieja firefighters have been using their old ladder platform for three years during which time it has let them down mechanically during a number of rescue operations.

Such is the joy that the new piece of equipment has brought to the firefighters that it has been unveiled twice in recent days, first in San Vicente del Raspeig, the Consortium’s headquarters and more recently last Thursday in the presence of the Torrevieja mayor Eduardo Dolón  and his Security Councillor, Federico Alarcón.