The Local Police published photographs on it’s social networks, showing “a sudden rise in tide that caused many problems across much of the municipality, particularly for the moored fishing fleet, even setting several boats adrift.”

They also reported that the seawater “has flooded over many coastal walks, causing damage to stretches of the municipal coastline.”

They subsequently asked for “patience” while the municipal and emergency services carry out the necessary tasks to “mitigate and repair the damage.”

The bizarre rise in the tide, known as a meteotsunami, swept through the coastal town. Meteotsunamis are large, tsunami-like waves. But unlike usual tsunamis, which are caused by seismic activity, these are triggered by rapid air-pressure changes driven by fast-moving weather events, such as thunderstorms or heatwaves, in this case caused by a blowtorch Saharan heat surge as the heat fed in from Africa. 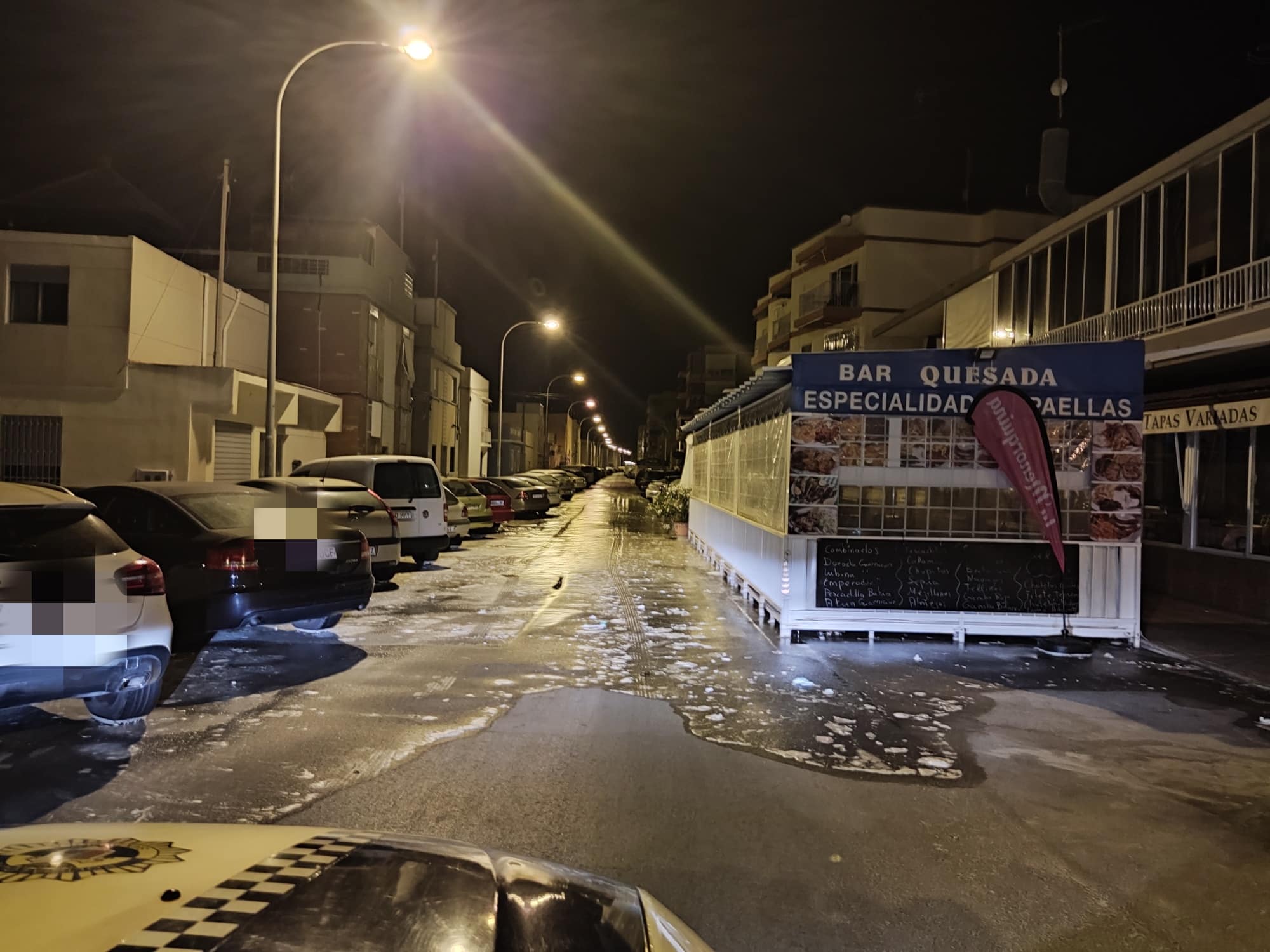 The rare tidal phenomenon flooded the beach, promenade and nearby streets, with many cars damaged and boats set adrift, particularly around the area of Playa Lisa.

It is certainly not a new phenomenon, although those residents old enough to remember say that nothing like this has occurred in the last 80 years.

The Laboratory of Climatology at Alicante University of Alicante details the phenomenon as ‘rissaga’ or ‘meteotsunami’, which they say tends to be more frequent in the Balearic Islands, although they can occasionally occur in this area.

In fact, they add, on July 23, 2017 a phenomenon similar to that of Thursday morning took place with four reports of sudden increases in sea level reported in Torrevieja, the Marina of Elche, Santa Pola and El Campello.

On Thursday morning, after the rise of the sea, there was expectation, surprise and unease. These were the states through which many fishermen passed after the meteorological tsunami that shook the coast of Santa Pola and Guardamar. 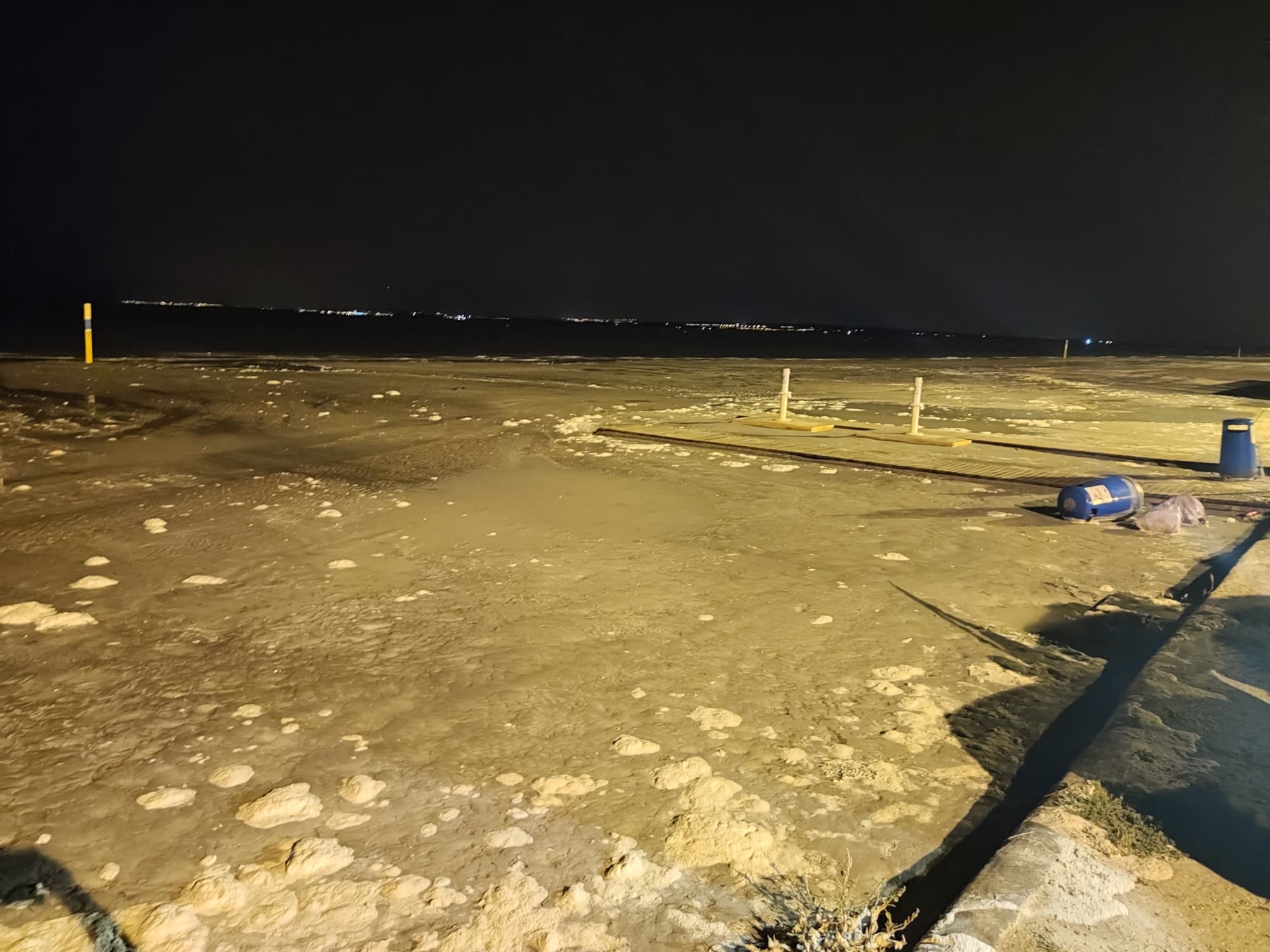 Streets in the first line were flooded although there was little damage to the public highway or property. However, about a dozen boats burst their moorings and were set adrift with some no longer be able to sail.

The effect of the rising sea in Santa Pola caught residents, bars, restaurants and fishermen, by surprise. Nobody expected that the sea would rise a metre and flood areas along the coastline.

One fisherman, Rafael Valero, who owns one of the damaged boats, said that he had never seen such an unpredictable state of affairs in his more than thirty years as skipper and owner. He said that it was “a real fright and more a case of the scare that we had, and what might happen as the waves began to increase. It gave the impression that the boats were rising up above the port”

A spokesman for the Fishermen’s Association, Ángel Luchoro, said that they are quantifying the current damage to the fleet. He said that nothing of this magnitude has happened since the 1940s in Santa Pola, reporting that, according to his surveillance cameras, the phenomenon lasted for 38 minutes (from 03.40 to 04.18 hours).