“We are the world’s market leaders in luxury properties with clients ranging from millionaires to billionaires,” said Ruud Van Oost.

Ruud, who travels throughout Europe, is in Orihuela ahead of Costa Blanca’s Casa La Pedrera opening bids getting underway on June 25, with the closing sale on June 30. There is no Reserve.

“Worldwide, presently we have 21 luxury properties for sale, with a team liaising with bidders, including viewings since I arrived,” said Ruud who travelled from Mallorca to oversee the auction.

Jenni was a Florist in London, who delivered flowers to The Queen Mother, Princess Margaret, Princess Diana, Joan Collins, Elizabeth Hurley, Rowan Atkinson, Cherie Blair and many others. Michael Caine and Rory Bremner were amongst stars who visited the shop.

“We are now grandparents, that played a part in deciding to move, along with the coronavirus pandemic,” said Derek. 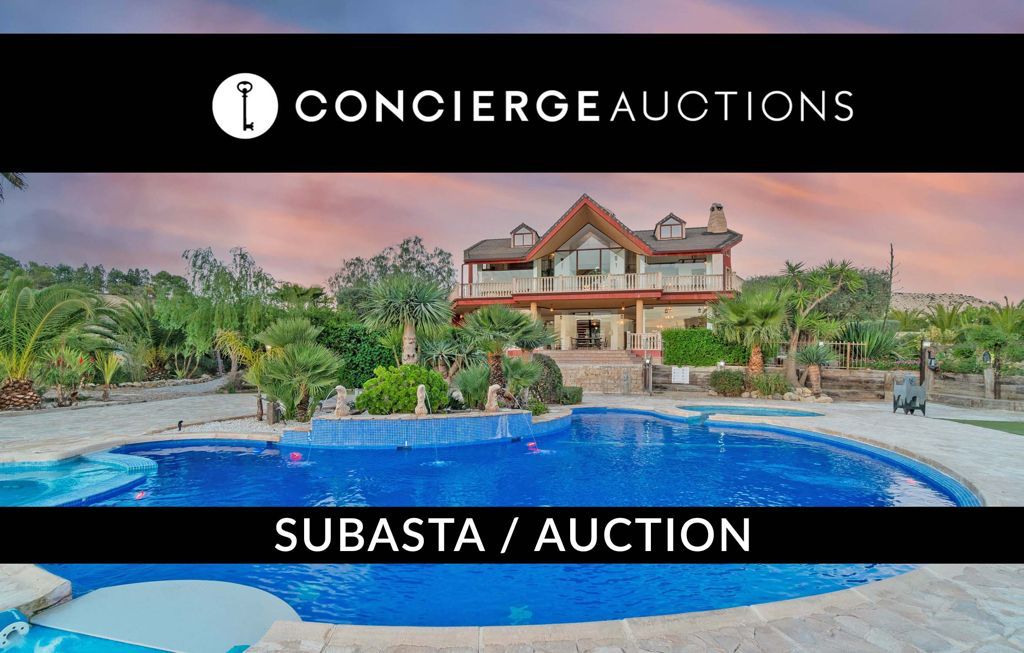 “It’s exciting – but at the same time stressful,” said Derek, who purchased the land to build the family dream home on March 31, 2000.

“It was my late father’s birthday. He recently died of coronavirus,” said Derek.

“We landed in Barcelona and drove five hours to Orihuela and saw Lake Pedrera.

“We managed to get the plans for the plot of land for sale from a lady in San Luis.

“When you look back there’s always a reason for things that happen in life,” said Derek.

Casa La Pedrera has been a magnet attraction to thousands of visitors – including music and sports stars – to watch spectacular Flamenco shows, amongst other events.

Concierge Auctions HQs are based in Austin, Texas, USA, and at Berkeley Square House, London.

“We have 700,000 clients who are billionaires and millionaires on our books,” said Ruud.

“3% is paid to an agent as a buyer’s commission for a sale of Casa La Pedrera,” added Ruud. Ruud Van Oost can be contacted on: +34 666376059 (WhatsApp+Call) ConciergeAuctions.com