“Willie played all his life with his one and only cue, from the age of 14,” Jill, Patron of 20-20 Voice Cancer told The Leader.

“His cue and case is for auction to raise funds for his charity of choice – 20-20 Voice Cancer,” said Jill.

“Money raised will help early diagnosis of this little known cancer, that affects so many,” added Jill.

Willie, who lived in Villamartin, died, aged 66, from septic shock in Torrevieja Hospital, after receiving chemotherapy treatment for leukaemia. 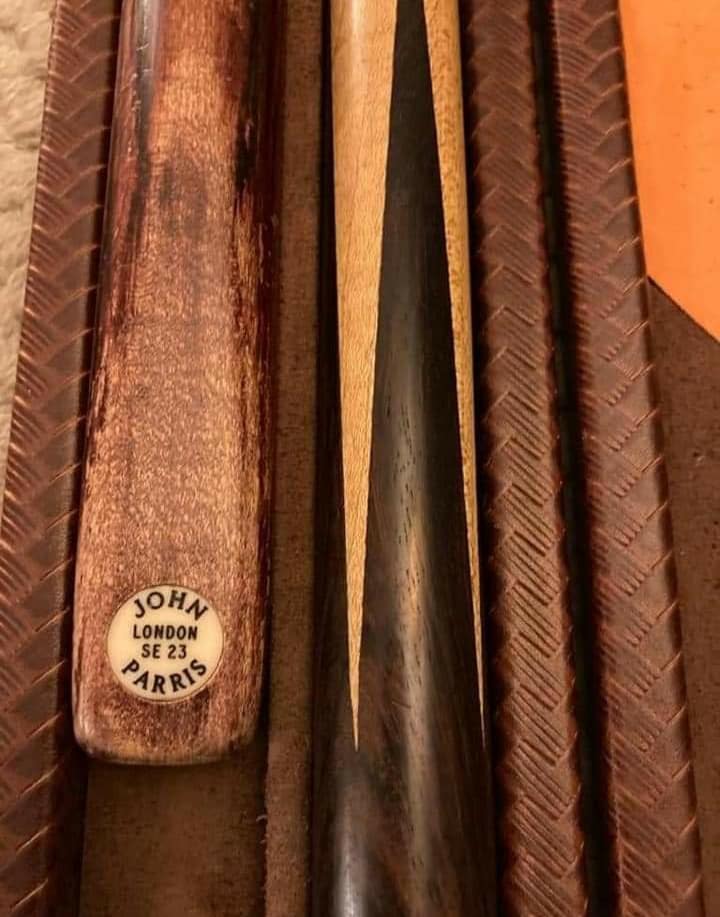 He moved to Villamartin on the Costa Blanca south last year with Jill, where he tutored snooker and also put on exhibitions.

Following his death a Memorial service was held in Orihuela Costa on June 24, attended by his children, daughter Tahli and twin sons Tristan and Kieran, at the Cristo Resucitado Church. His ashes were later flown to the UK.

“We are delighted that Jill has decided to favour our charity for she knows only too well the depths of despair that cancer can bring, having been a full time SLT (Speech & Language Therapist).

“Sadly, Willie passed away this year and Jill kindly took over as Patron,” said a spokesperson from 20-20 Voice Cancer.

Speaking exclusively to The Leader Jill said: “The cue was Willie’s fourteenth birthday present and the case was specially made later.

“He played every time with the same cue, winning the first Seniors Masters tournament final gainst Cliff Thorburn at the private member’s RAC Club in London.

“Willie also won the Mercantile Credit back in 1985 with the cue. And played with it at the World Championship at The Crucible in Sheffield over the years.

“Willie took it everywhere – the cue has travelled all over the world.”

“Phil would go to all the live matches that Willie played in during his career.

“Phil eventually became ill and had a laryngectomy and he now runs 20-20 Voice Cancer.”

Speaking to The Mirror, Jill said: “His children said they wanted the cue back which I understand, but he had bequeathed it to me.”

Willie’s first wife Fiona said: “My family would not be supportive of Jill selling the cue and will not be stating anything to that effect.”

*Bids for Willie Thorne’s cue and case can be sent to either: jillthorne26@gmail.com or admin@2020voicecancer.org

*Bids for Willie Thorne’s cue and case can be sent to either: jillthorne26@gmail.com or admin@2020voicecancer.org