A visit to Torrevieja sports centre last Wednesday, kicked off the first of 3 matches in a busy week for Thader Rojales.  Newly formed Sporting Costa Blanca will be playing their football in regional 2 when the new season commences, and they certainly looked good value for their 3-0 victory.

Club president and team captain Lloyd Dummett, commented that he was very pleased that the match was played behind closed doors, for it meant that Thader fans did not have to witness such an awful display by his team.

But, only 2 days later, that same group of players, secured a hard-earned 1-1 draw against tercera (3rd) division side Novelda.  The hosts had 2 good shouts for a penalty refused in the first 15 mins, but then Novelda struck back with 2 long range efforts which just missed the target.  On the half hour mark, a brilliant solo run by Kino ended with him winning a 50/50 ball with the keeper, before stroking the ball into an empty net.

Following a lengthy delay, visiting keeper Iker was helped off the pitch, suffering a nasty accidental jaw injury.  Just before the interval, Victor´s goal bound header was acrobatically tipped over Novelda´s bar.  During the half time interval, Valencian FA officials were patrolling the ground, ensuring that all fans were adhering to the social distancing regulations, including correct wearing of masks.

Novelda´s sub keeper again came to his sides rescue on 55 mins, getting down well to smother Borja´s fierce drive.  Against the run of play, the ball was pulled back from the dead ball line, perfectly for the unmarked Vicente to fire home an equalising goal on 73 mins.

It could and should have got worse, for only 4 mins later another Novelda ´goal´ was ruled out for offside, then close to the end, a complete sitter was blasted over the bar from close range by a Novelda sub.

Only 24 hours later, the tired legs of Thader´s squad were at it again.  This time, Segunda B side Orihuela ´B´ were the visitors to Moi Gomez stadium.  Even before the season has started, the pitch is in a sorry looking state, displaying large bald patches throughout.  Before the match, it was announced that left back Villa, who had featured in previous friendlies, has now signed on the dotted line.

A disallowed Oriheula ´B´ goal for offside after 8 mins, attracted zero dissent, as for the first time in 8 friendlies, official assistant referees were in evidence (presumably because div 2b regulations demand it?). 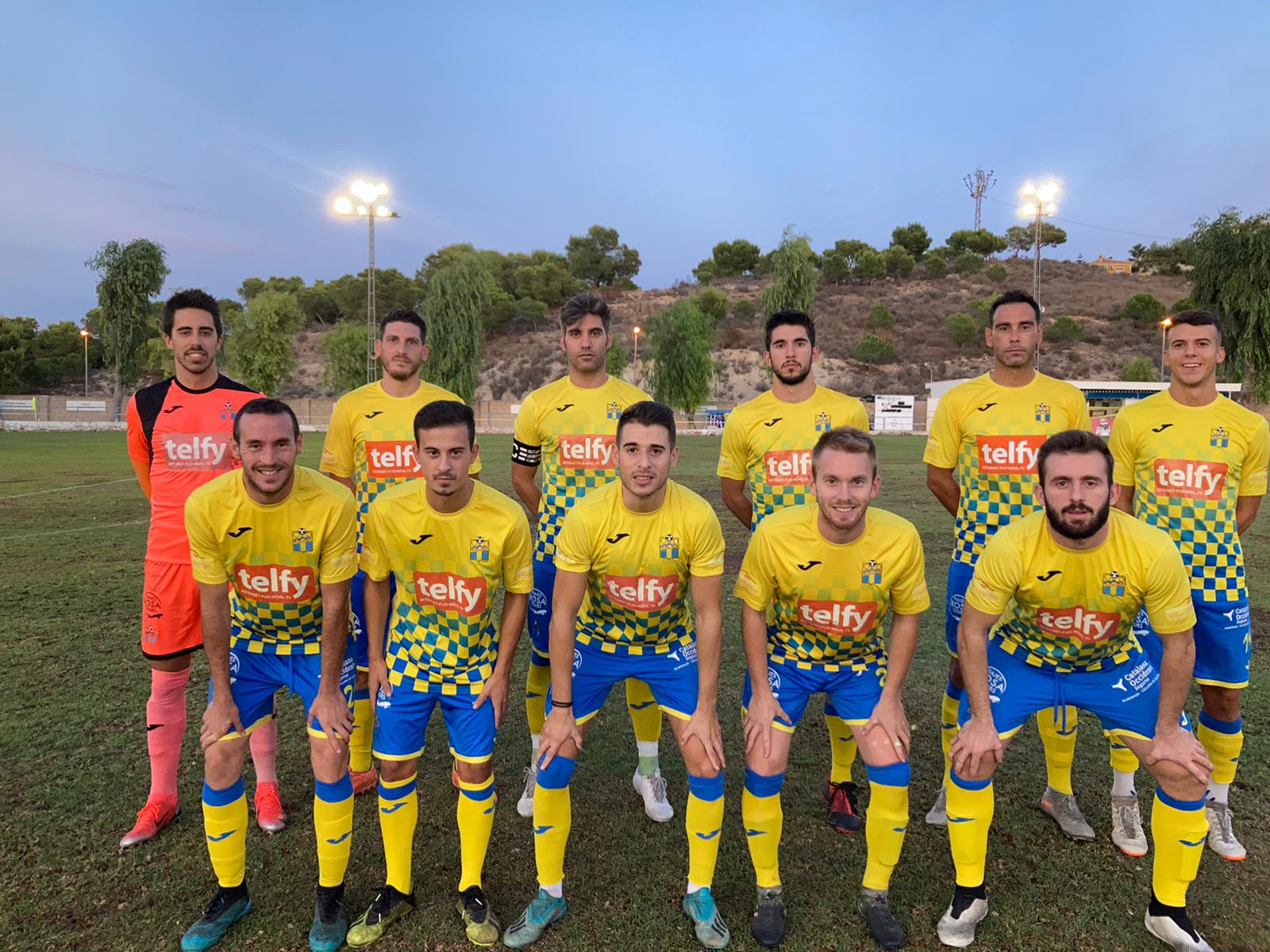 Trialist Swedish lad Lucas, set up Dani Lucas to hammer a first-time rocket shot just inside the box, which somehow the Orihuela keeper tipped over the bar.  The first of numerous cautions by a book happy ref, were issued to Jose and a man mountain visiting defender, who seemed hell bent on dismantling the Thader strikers’ body, limb by limb!  Midway through the 1st half, a fine team move eventually found the impressive Chechu, who made light work of dispatching the ball past Thader keeper Adrian.

Oriheula were creating good chances, none more so than on 38 mins, when Miguel headed against the post, then from the rebound, Victor hit the side netting.  Thader were riding their luck early in the 2nd half, for no sooner had a linesmans flag for offside denied Oriheula a 2nd goal, sub Achmed made a pig’s ear of a simple tap in.  A calamitous defensive mix up between Lloyd and Adrian, resulted in a headed back pass sailing into their own net on 55 mins.

This own goal signalled further defensive lapses of concentration, when only poor finishing prevented the hosts going a further 2 goals behind.  Lloyd almost redeemed himself on 81 mins following a long-range free kick which required a smart save, but 2 mins later, Kike did convert a quick free kick to reduce the arrears.  Alas, straight up the other end, another defensive mix up enabled Achmed to make it 3-1.

With time running out, Thader were awarded a penalty following Adri being poleaxed by a keeper, who was lucky not to be sent off.  I´d like to think that Juan had nightmares following his comical penalty, which missed the target by quite a distance!

Next Saturday, Thader are away at Benidorm for friendly number 9 (check out CD Thader facebook page for further details).