Nobody knows how many online slots are available out there. There are lots of companies that have been developing games for more than 20 years, and they probably don’t even know how many games they have.

Likewise, some companies’ online slots are of much higher quality than others. In other words, your time is valuable, and you should spend it on games that are worth it. We decided to help you to avoid confusion among so many options.

Below, you can see the top five slot developers in 2020 and find out which games we recommend. 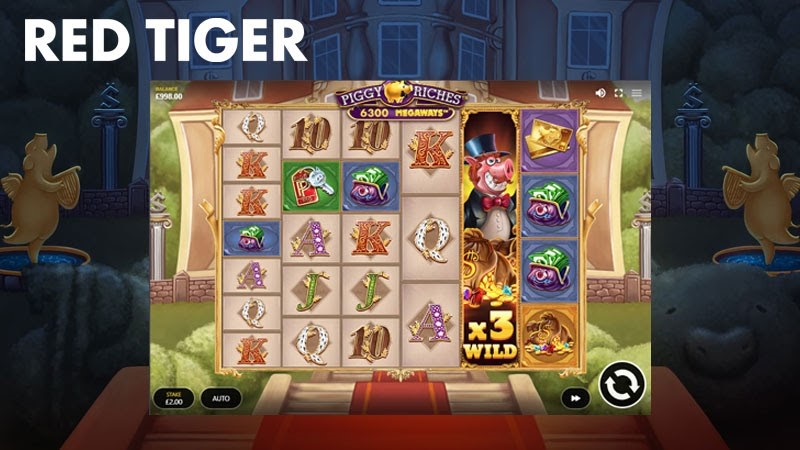 Red Tiger Gaming was founded in 2014 and actually belongs to a company we all know: Netent. This is not a surprising development, because large companies, such as Netent prefer to create different companies within themselves to appeal to different markets. In this context, Red Tiger is a sub-company established by Netent to appeal to the Asian market.

But it is so successful that we will not be surprised if it declares its independence! Red Tiger has four different licenses and 10 EGR awards. Although it often develops Asian themed slots, all other themes are available in its collection.

In the Red Tiger game collection, we recommend you to try the Piggy Riches Megaways free slot first. Based on the children’s story of the same name, this game was released in January 2020 and includes the Megaways feature. Thanks to this feature, it has 117,640 paylines in total.

This is an incredible figure. Unlimited multipliers, which are common to the Megaways series, are also available in this game. Thanks to the multipliers in the bonus round, you can win even millions, there is no upper limit. Piggy Riches has an RTP rate of 94.72%. We recommend that you try the following Red Tiger slots too: 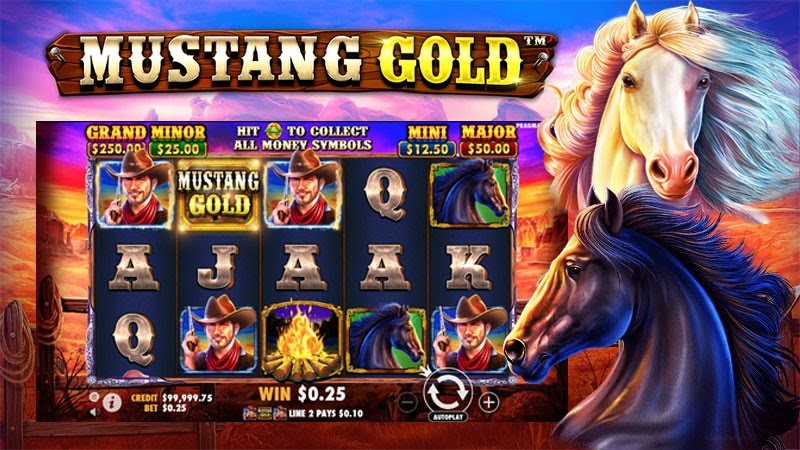 Pragmatic Play was founded in 2015, and it is the owner of two more brands: Extreme Live Gaming, which develops live casino games, and VSoftCo, which develops virtual sports games.

The Pragmatic Play collection includes 100 video slots and more than a dozen bingo games. All of its games are developed with HTML5 and have multiplatform support. In other words, they work seamlessly on both mobile and desktop devices and offer the same features. Pragmatic Play has 4 licenses and 8 awards.

It won the last of these awards in 2020 and was named the “best supplier of the year” by GA. In general, we can say that almost all of the Pragmatic Play games have multiplier payouts. Once you start winning, the numbers start to increase rapidly.

The first game we recommend you to try in the Pragmatic Play collection is Mustang Gold. This is because the company used the same mechanics and features in many other games. So when you play Mustang Gold, you will also learn what kind of slot Buffalo King is, for example.

The Mustang Gold has 5 reels and 25 paylines. The RTP rate is 96.53%. There are 4 fixed jackpots in the game, and you can win up to 12,000 times your bet. You can also win 8 free spins with a multiplier. After playing Mustang Gold, we recommend that you also check out these slots: 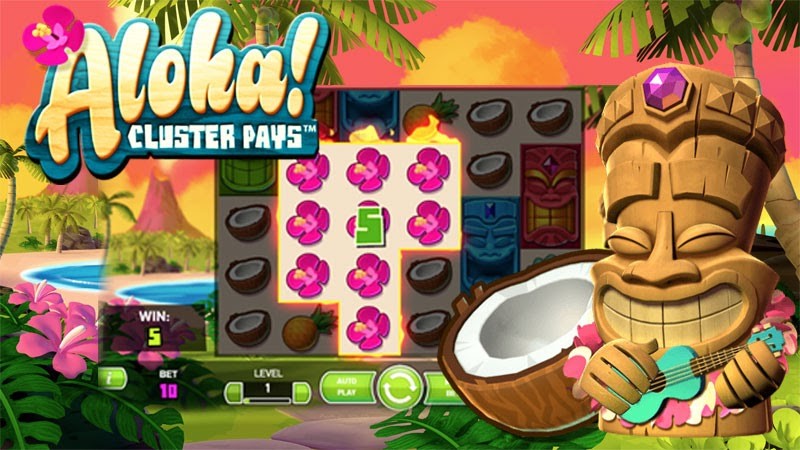 To tell the truth, this list is impossible to complete without Netent. NetEnt, one of the most innovative developers in the iGaming industry, was founded in 1996 in Sweden. Since then, it has been considered one of the premium game providers. We can easily say that every NetEnt game is above a certain quality level and offers creative features.

Many mechanics (such as avalanche reels) used by other companies were first developed by NetEnt. The best example of this is the Aloha Cluster Pays slot. There are no pay lines in this game and no reels in the traditional sense. You are trying to create a cluster where five identical symbols touch each other to win. The gameplay is similar to match-3 games, and you can win multiple times with a single spin.

There are more than 200 games in the provider’s collection, but we recommend starting with a classic: Gonzo’s Quest. This game was released in 2013, but it shows why NetEnt is a creative company. This slot has the avalanche reels feature – when a win happens, the symbols that are a part of that win explode, disappear and replaced by new ones.

These new symbols can also create a new winning combination. In other words, you get countless chances to win with a single spin. We also recommend that you check out these NetEnt slots: 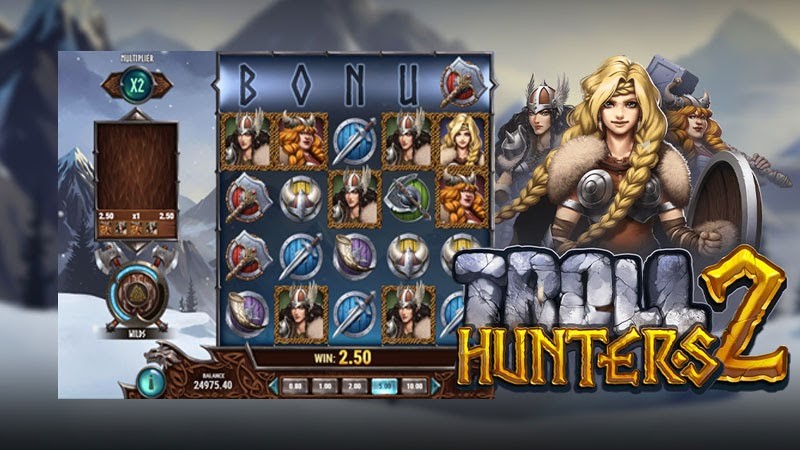 Play’n Go has a 15-year history in the iGaming industry and has over 300 employees. The company has a special delivery platform called Omny Channel, and all games on this platform can run on both mobile and desktop devices. You can even continue a game you started playing on mobile from where you left off on your desktop PC. Play’n Go, which is also very active in the Latin market, has a collection of hundreds of games with innovative features.

The company has 5 licenses and an IBAS membership. IBAS is an organization that determines the ethical standards in the iGaming sector and even being a member of it enables you to achieve certain reliability. If this is not enough, let’s mention that all Play’n Go games are fairness certified.

The first game we recommend to play in this collection is an extremely popular slot in almost every online casino in recent months: Book of Dead. If you like Ancient-Egypt themed slots, you will like this game very much. Book of Dead slot has 5 reels, 10 paylines, and an RTP rate of 94.25%.

It can pay up to a maximum of 500,000 Euros. The symbols can expand the entire reel they appeared on, and there is also a risk game that you can play after scoring a win. In this game, you can double your winnings or even quadruple them. Let’s also mention that you can win 10 free spins too. Other Play’n Go slots that we recommend you to play include: 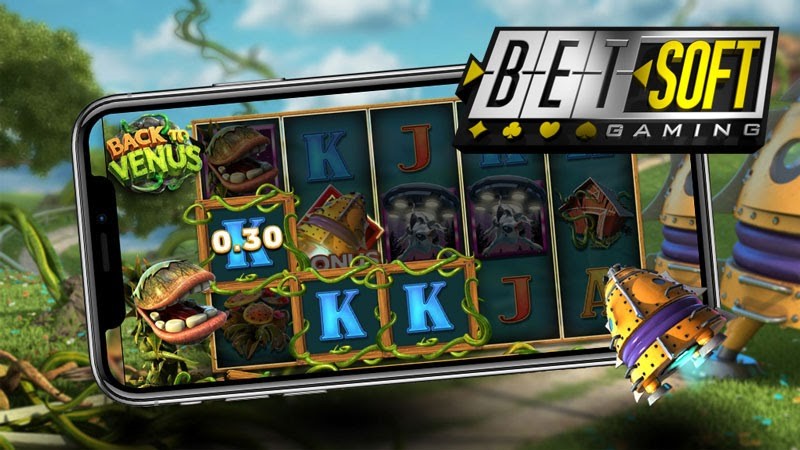 Are you ready for a cinematic gaming experience? Betsoft was founded in 2006 and is among the first companies to develop mobile slots. In other words, it allowed us to play casino games on our phones before anyone else. Using HTML5 technology since 2016, the company offers its entire game collection for both desktop and mobile devices. Betsoft is also very active in the Romanian and Italian markets, and its games are easily recognized.

This is because all Betsoft slots have incredible graphics and animation quality. It is even possible to define all of its games as 3D slots. If you are looking for premium quality visuals and CGI-level animations, Betsoft slots will be the best option. Betsoft has 5 different licenses, and the fairness of its games are guaranteed by both GLI and QUINEL.

We think Slotfather II is the first Betsoft game you should try. This game has everything that makes Betsoft famous: high graphics quality, humorous story, innovative features, and big payout potential. Slotfather II has 243 paylines, and its RTP rate is 96.60%. It offers four different bonuses: free spins, re-spins, risk game, and pick me. Although it was released in 2017, it is still one of the most popular Betsoft slots. Also, don’t forget to try these Betsoft games:

Of course, there are other companies that we can add to this list. For example, Microgaming and IGT also performed well in 2020. In fact, they may be at the top in the next six months. For example, Microgaming is about to release the Power Stacks variant of the Game of Thrones slot and can gain unexpected popularity with this game. As it happened before with Diamond-themed series including slots like Double Diamond, Davinci Diamonds and Triple Diamond slots.

Likewise, the company plans to release a progressive jackpot game called Mega Vault Millionaire. First impressions are that this game is at least as good as Mega Moolah. It is probably even better. it was time for the king to turn over the throne.

IGT also performed remarkable performance this year with Cleopatra Gold, Mystery Express, and Juicy Loot. With the Bill & Ted slot, which will be released in a short time, it can also place on the top of the list again.

However, in the first six months of 2020, we think that the companies we listed above were more successful and released more innovative games. If you are going to start somewhere, choose one of these providers!