WILLIE Thorne’s memorial service in Orihuela Costa on June 24 was attended by his three children, daughter Tahli and twin sons Tristan and Kieran, who had all boarded a flight from the UK to be present at the Cristo Resucitado Church in La Zenia, for the service by Pastor Keith Brown.

Snooker star Thorne, 66, who lived in Villamartin, died from sepsis shock on June 17 in Torrevieja hospital, where he had been undergoing chemotherapy treatment for leukaemia, which had been previously diagnosed in March.

Flowers adorned the altar and beside Thorne’s coffin, was the simple message ‘Farewell King of the Max the great WT’. And WILLIE. 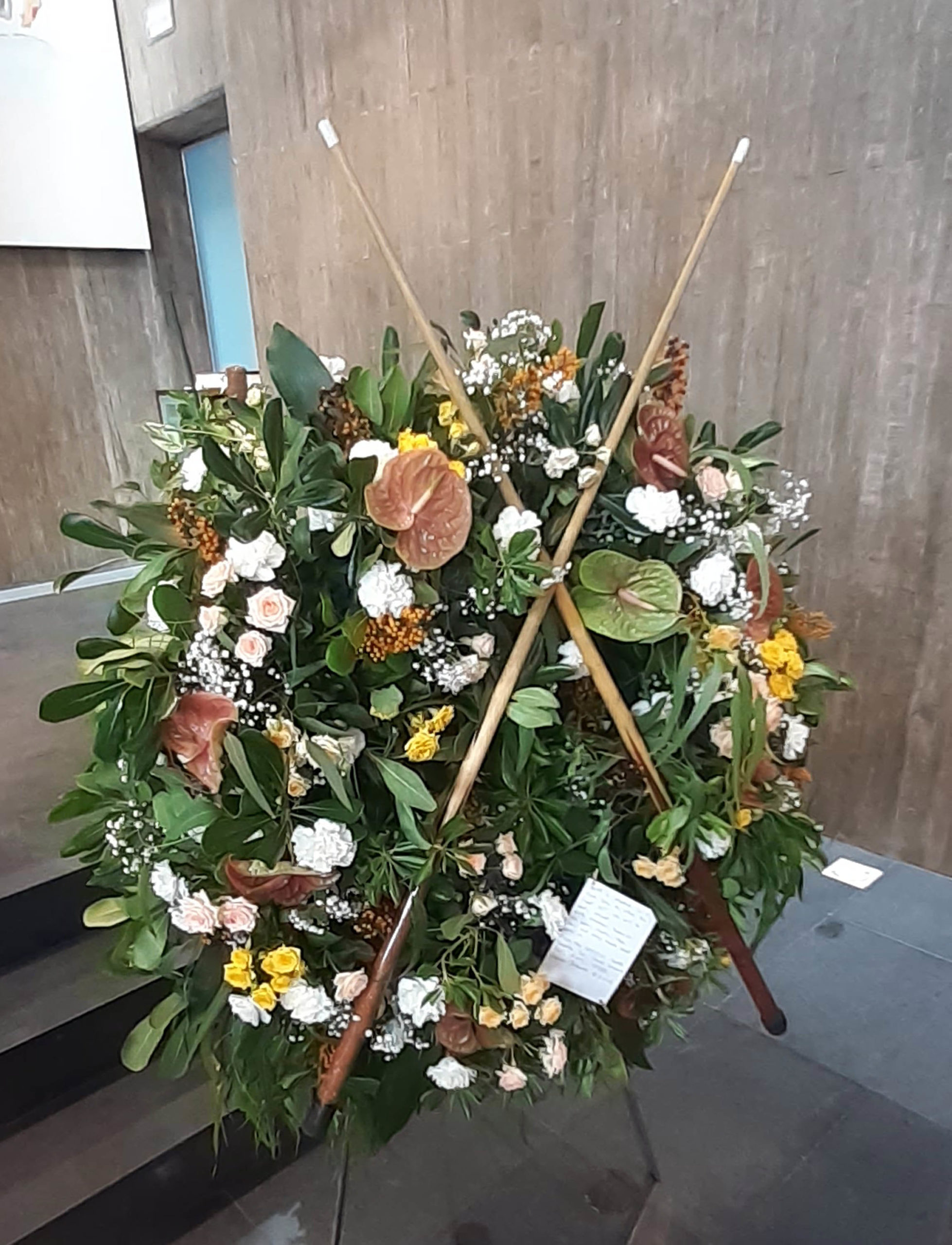 Pastor Keith thanked the family for attending their father’s memorial service. His wife Jill Saxby, from whom he had separated from last year was not present.

Thorne’s friend of 50 years and snooker colleague John Virgo was present and read a Eulogy from the altar.

Thorne’s coffin, which is to return to the UK, was surrounded by flowers; with a 147 symbol, in tribute to his career on the green baize, known as ‘Mr Maximum’. 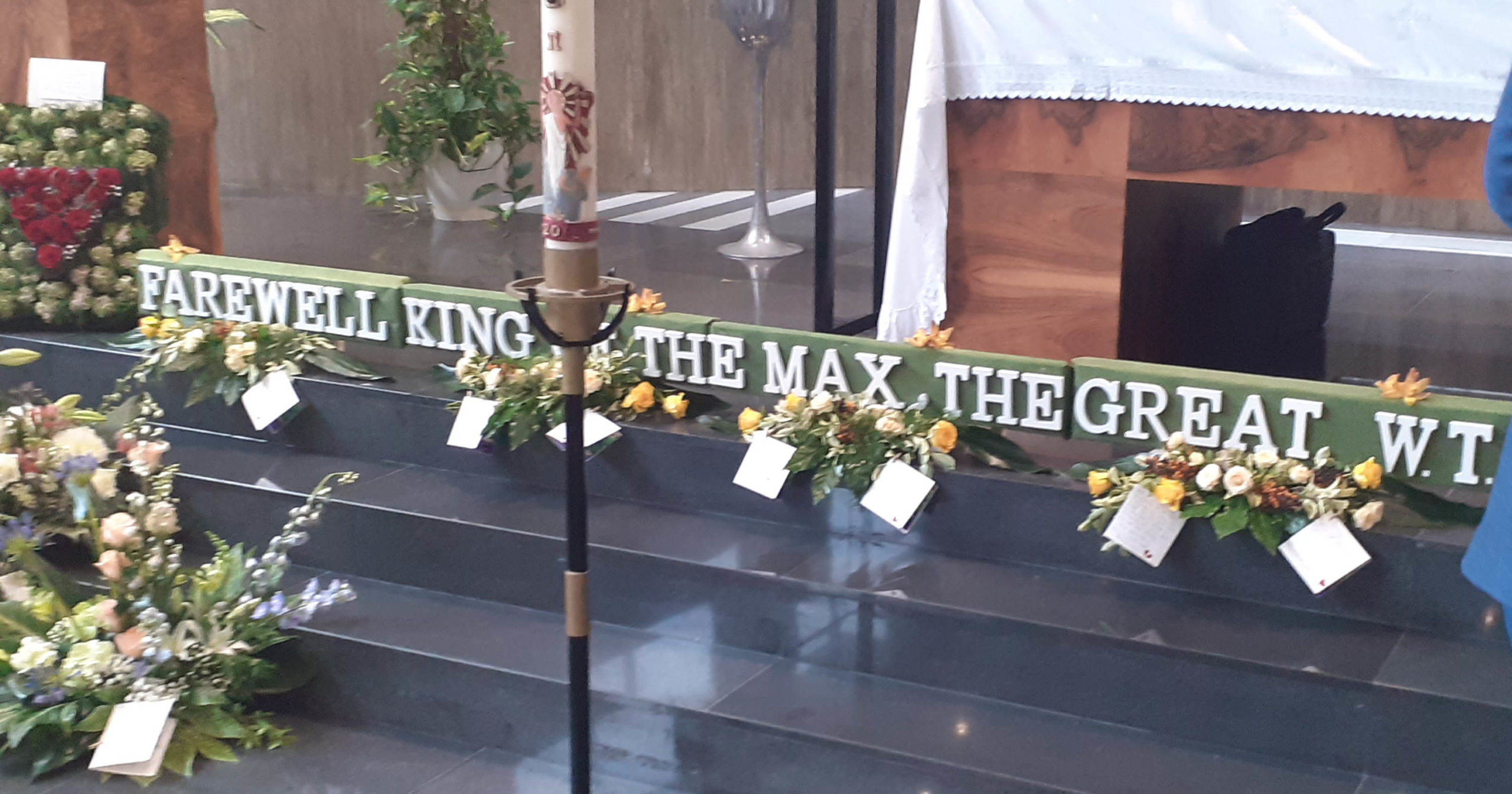 “Thank you to the family for coming to Spain. Here to celebrate a wonderful life he lived,” said Pastor Keith.

“Thanks also to Willie’s snooker colleague John Virgo for reading a Eulogy for the family.”

Pastor Keith then read a poem for Thorne’s children: “When tomorrow comes without me…I know how much you love me, and you know how much I love you.

“Don’t think we are far apart. I am with you in my heart.”

Thorne’s Memorial service celebration was missing many snooker colleagues and friends from the UK, due to the coronavirus and the 14 days isolation they would have faced, on returning home. 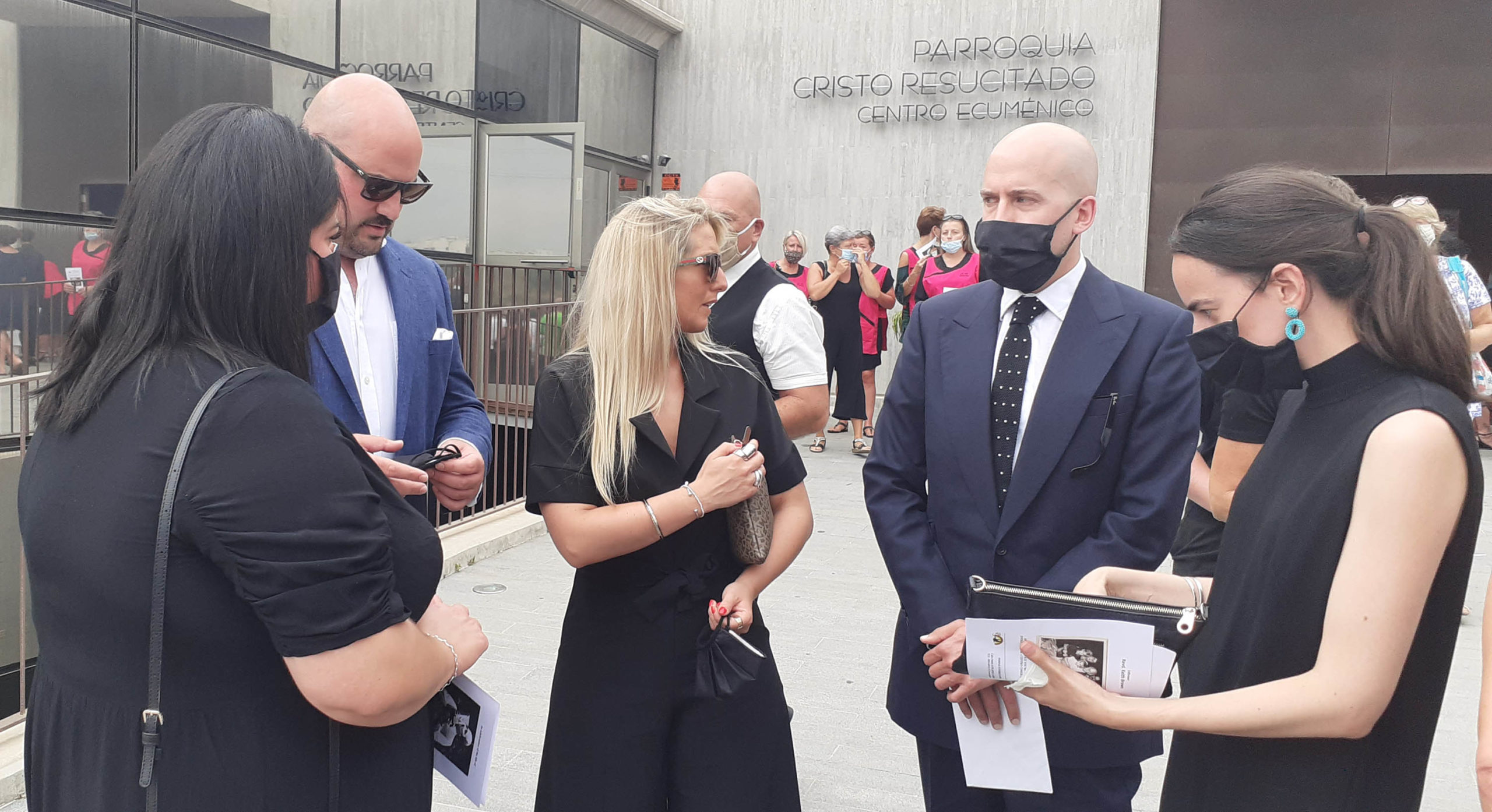 The service saw a limited number of just 80 people in attendance, including The Leader chief sports editor Andrew Atkinson, due to the coronavirus situation. All wore face masks.

‘Dancing In the Sky’ was sung by Julie O’Neill, who had cared for Thorne during the last three months: “Willie wore his heart on his sleeve. Rest In Peace,” said O’Neill.

After Psalm 23: The Lord Is My Shepherd; and prayers were said for Thorne’s family. Followed by The Lord’s Prayer.

Paul Michael, a friend of Thorne’s was unable to attend, but sent a recording of the song: ‘Bring Me Home’.

A closing song was hit, ‘Snooker Loopy’ by Chas and Dave, that Thorne sang, along with Steve Davis, Dennis Taylor, Terry Griffiths and Tony Meo; played, as his coffin was taken from the church.

Stevie Spit, Spain’s leading entertainer and singer, was also in attendance, paying his final respects to his friend Thorne.

Thorne’s coffin was placed into a funeral hearse, watched by his children and attendees, that also included friend and golfing pal Mark Roe, who had travelled from Mijas, Spain.

“I’ve known Willie for 50 years. We went round the world together. He will be a great loss to those he left behind,” said Virgo.

“Willie was a soft-hearted man. And I, together with Jimmy White and Steve Davis still can’t believe we won’t see him again.

“Rest In Peace, Willie. You will never be forgotten,” added Virgo.