CLARO reported on their Facebook page that recent floods in part of Orihuela City led the Mayor and two of his councillors to draw up an urgent Plan to avoid such future overflows.

This contrasts with the situation in Orihuela Costa where residents, associations and Claro have, for years, demanded action to prevent flood damage caused across the area by even light rains.

José Aix, the Ciudadanos party Councillor for Infrastructures, is especially guilty since his party was responsible for drawing up a grand plan, over 3 years ago, for the huge sum of €17 million to improve the drainage and flood defences and avoid flood damage in Orihuela Costa. 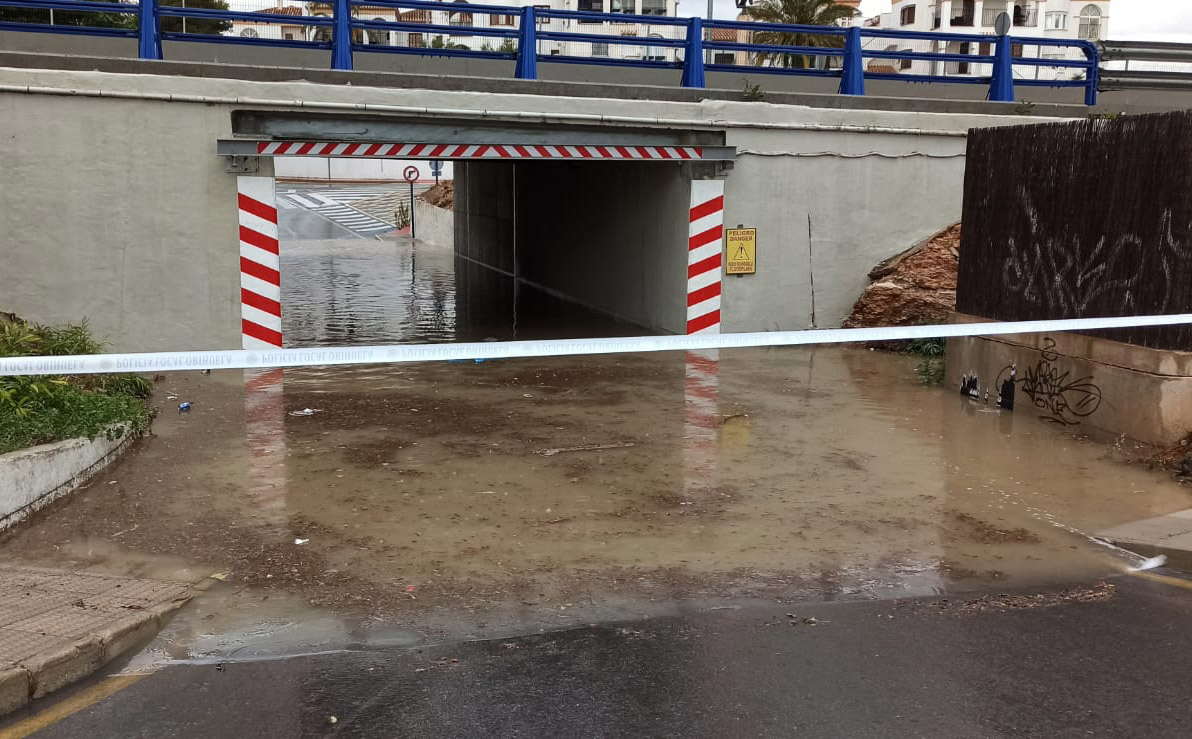 That would have dealt with the serious situation in places like the new primary school in La Florida, the bridge under the N332 beside the Town Hall in Playa Flamenca, Calle Parana, Las Filipinas, Playa de la Glea and Playa La Zenia and many other locations

But we continue to wait as nothing has been done to implement this Plan.

It seems that once again this government is following two different standards of need:  one for Orihuela City and another totally different and much lesser for Orihuela Costa.

A comment to the facebook post by Huberto Cánovas said “The precarious situation of the residents of Orihuela-Costa has increased exponentially in recent years. Currently even light rains cause a serious deterioration in communications and public areas. The mayor will do well to take into account the demands of neighborhood associations and CLARO before the situation deteriorates further.”