Right you were about to deliver the jack. Before we go any further perhaps we should go a little into team play. Play is carried out in either: Singles, Doubles, Triples or Rinks and for the purpose of this take we will take the most popular for match play and which you will find most of the clubs involve themselves.

In the Valencia region there a number of leagues and divisions playing Triples : In Triples you have 3 players and they have certain roles. Lead, Second and Skip. Without going in too deeply in this take, the Lead’s role is to start the game, if after winning the toss, and then at each “end” by delivering the jack at his turn. If you are a beginner you will get instructions by the Skip as to how long or short he needs it or generally he will move and position himself along the centre line to the length he wants you to bowl.

So you deliver the jack as near to him as you can. Don’t just chuck it down and hope for the best, take your time and try and deliver it along the centre line it’s important that you try and keep as near to the centre line as possible. It takes a bit of practise, as well getting your length right too. The rules cover this and there are limits, basically if the jack comes to rest less than 2metres from the end “T” it is placed on the centre line at that distance, or if between the end “T” and the ditch it is placed on the “T”.

However if it comes to rest outside of the rink boundaries , into the end ditch, or short of the 23 metre mark then it has been delivered incorrectly. Note: as mentioned in previous takes here is where the 23 metres becomes important.

This distance of course is from the mat so if it cannot be judged or agreed upon by the skips it has to be measured. This is where guide marks come in, so it then becomes sense, as to why they are there and helps when it comes to judging distance. It is much more difficult and time consuming if none are used as in most grass rinks. So what happens if you have “screwed up.” 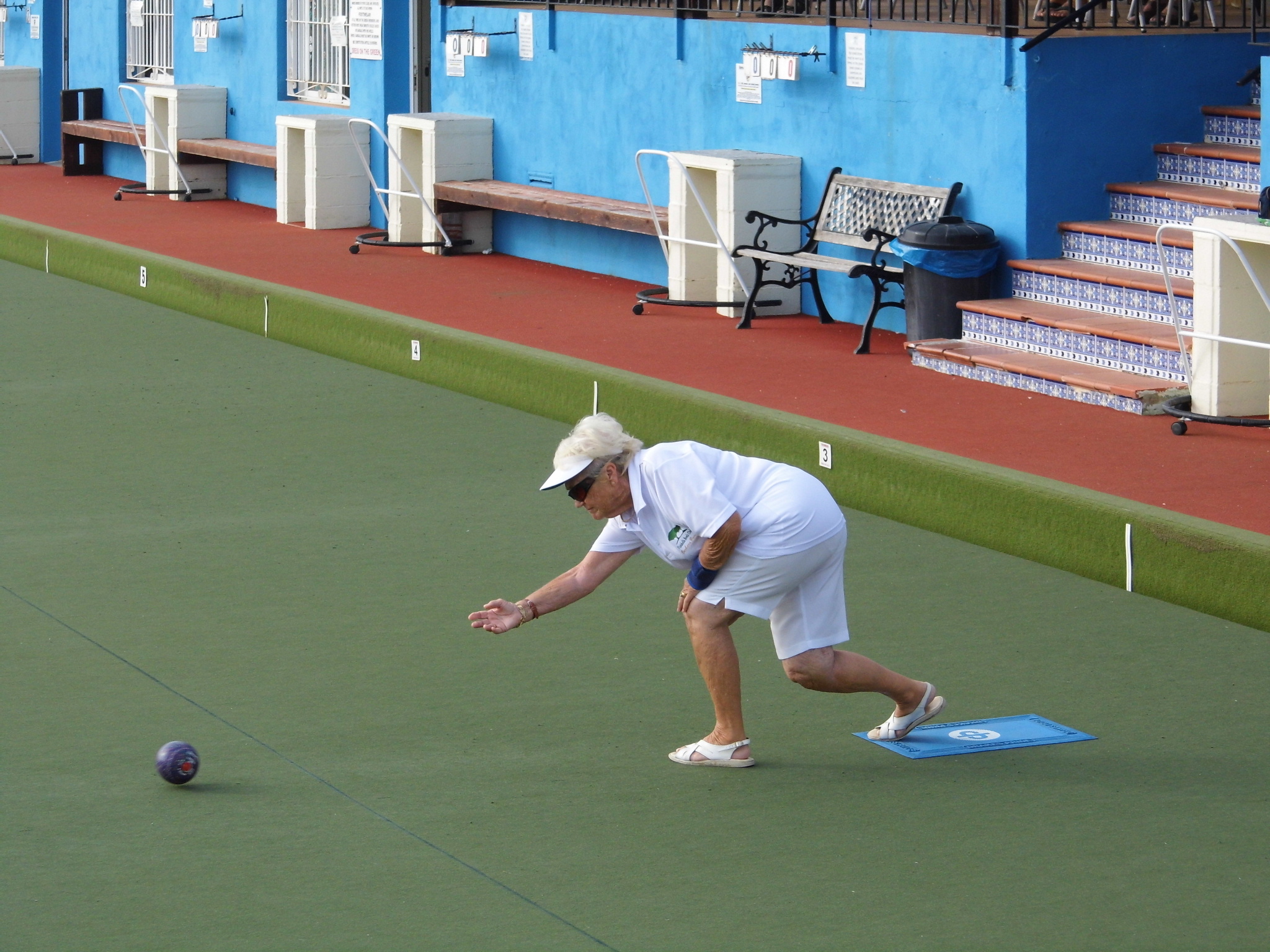 It will not go down well with the rest of the players and skips, as a lot of time will be lost, especially if you are playing in the morning and another match must follow yours. So you can see that practising delivery of the jack is just as important as bowling. The lead is important and the delivery and positioning of the jack is pivotal to the start of the game as well as the lead’s playing and positioning of his/her bowls.

We will cover that next week. Here are a couple of examples of a good delivery action.  Bye for now!

How about coming and have a go at bowling we would be pleased to see you. We can arrange a free session and lesson . You could get hooked it’s a fabulous game and a very sociable one you’ll meet lots of new friends.

Also bowlers are most welcome, we have a brand new green and are looking for new members. Please contact:  Club Captain – David Jenkins  pacadasu@yahoo.com or Charlie Watkins charlieatpathways@yahoo.co.uk.  Reported by : Montestan