The countdown is on for the seventh ŠKODA student concept car: 20 students from the ŠKODA Academy are involved in the ambitious project this year. They have decided to design and build an open-top Spider version of the new compact model ŠKODA Scala. At a workshop in the ŠKODA Design department in Mladá Boleslav, the participants met ŠKODA Head Designer Oliver Stefani and put their first ideas down on paper with him and his team.

The still-unnamed seventh Student Car, which the students will be constructing according to the design, will be presented to the public in early June. For the seventh time in a row, the hands-on project underlines the high standard of training at the ŠKODA vocational school, which was established more than 90 years ago. 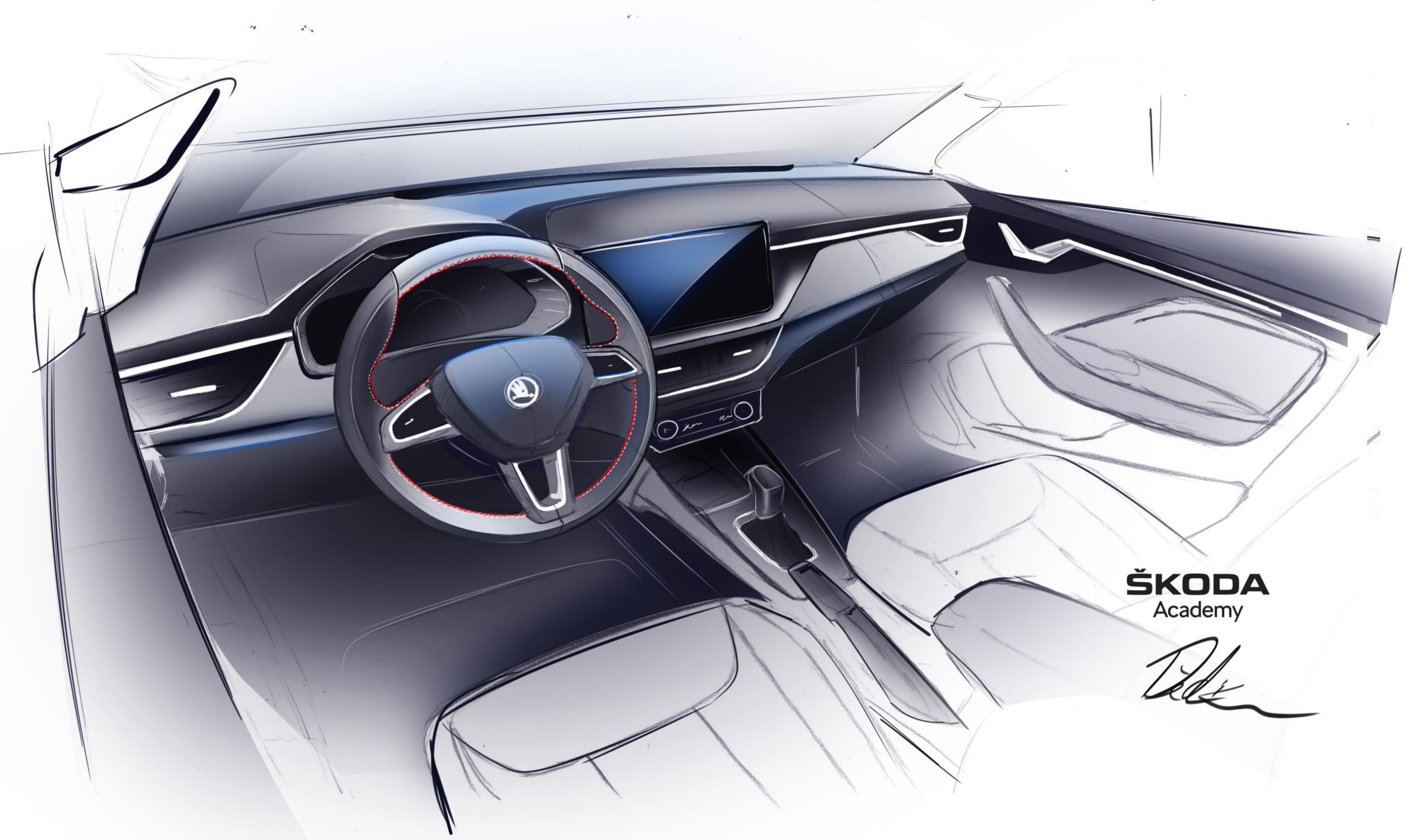 For several months, 20 apprentices from the ŠKODA vocational school have been working creatively on the seventh student concept car, a spider version of the all-new ŠKODA Scala. Throughout the project, the up-and-coming talent will receive support from engineers and experienced employees from the areas of technical development, design and production at ŠKODA’s headquarters in Mladá Boleslav.

The apprentices will be using the new compact model Scala, which was introduced at the end of 2018, and which plays an important role in the Czech manufacturer’s product range. The students have expressed a wish to make the car’s clear lines and emotive shapes more prominent in the spider version to emphasise the vehicle’s overall dynamics. 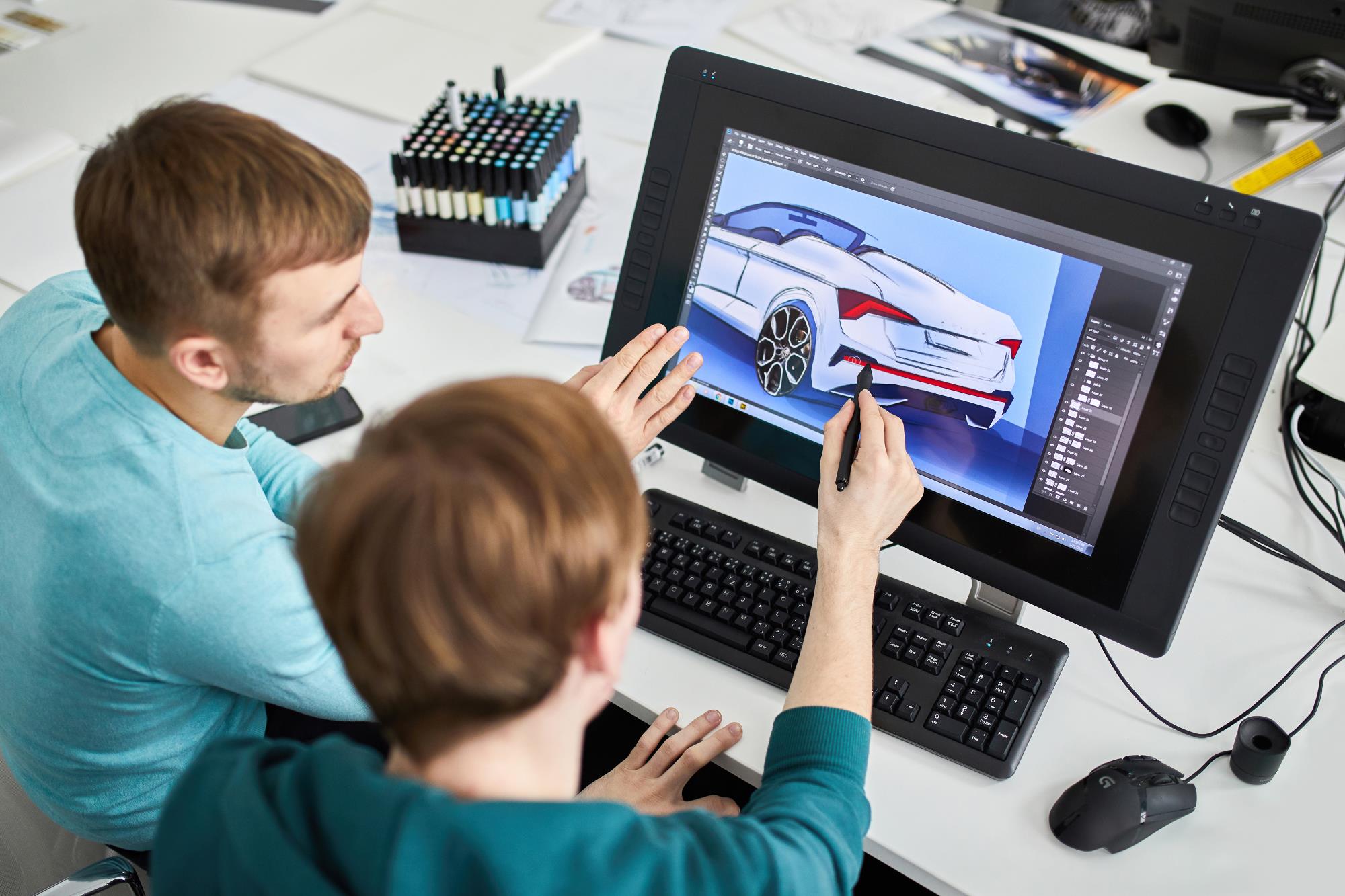 The vocational students’ visit to the ŠKODA Design department in Mladá Boleslav was an important step on the way to the official presentation of the unique vehicle in June 2020. During the visit, they were allowed to shadow Head Designer Oliver Stefani and his team in their day-to-day work and to create their own drawings of the next Student Car with the support of the experts.

“Despite the increasing use of computers and simulations, drawing is still an essential part of automotive designers’ work. With every stroke, an idea turns into something real. A sketch is the first of many steps on the long and exciting path to a new car,” explains Oliver Stefani, Head of ŠKODA Design.

In creating their first drafts and sketches the students received help and valuable tips from all ŠKODA Design employees and they won over the professionals with their enthusiasm and receptiveness. “From the beginning, all the participants showed great enthusiasm and determination. Their sketches are very impressive, I really like the concept,” says Jiří Hadaščok, exterior design coordinator at ŠKODA.

The annual ŠKODA Student Car project demonstrates the high quality of training at the ŠKODA vocational school in Mladá Boleslav, which has been in existence for more than 90 years. Designing a concept vehicle and then building it by hand is the highlight of all apprenticeships.

“We are all delighted to be part of this project. As a student, where else do you get the chance to put your own ideas and vision into designing a car and then actually build it yourself? Drawing our first sketches was lots of fun, and we learned a lot from Oliver Stefani and his team,” says Vojtěch Špitálský.

Building a ŠKODA Student Car has been a tradition since 2014. Since then, students from the ŠKODA vocational school in Mladá Boleslav have been able to plan, design and build a spectacular concept vehicle themselves. Each of these concept vehicles demonstrates the creativity and commitment of ŠKODA’s young talent.