Divers have found the body of 38 year old Commander Eduardo Fermín Garvalena, the pilot who crashed his trainer jet into the Mediterranean close to La Manga on Thursday afternoon.

The body was found still strapped into his seat, inside the cockpit of the C101 aircraft that was still largely intact. The announcement was made by the Minister of Defence, Margarita Robles, during a visit to the Mine Disposal centre in Hoyo de Manzanares (Madrid).

She said that divers first saw the bright colours of his helmet and gradually, throughout the morning, they were able to recover the plane seat and his body. Lieutenant colonel José Mª Alonso of the AGA    said that the plane is still in one piece. 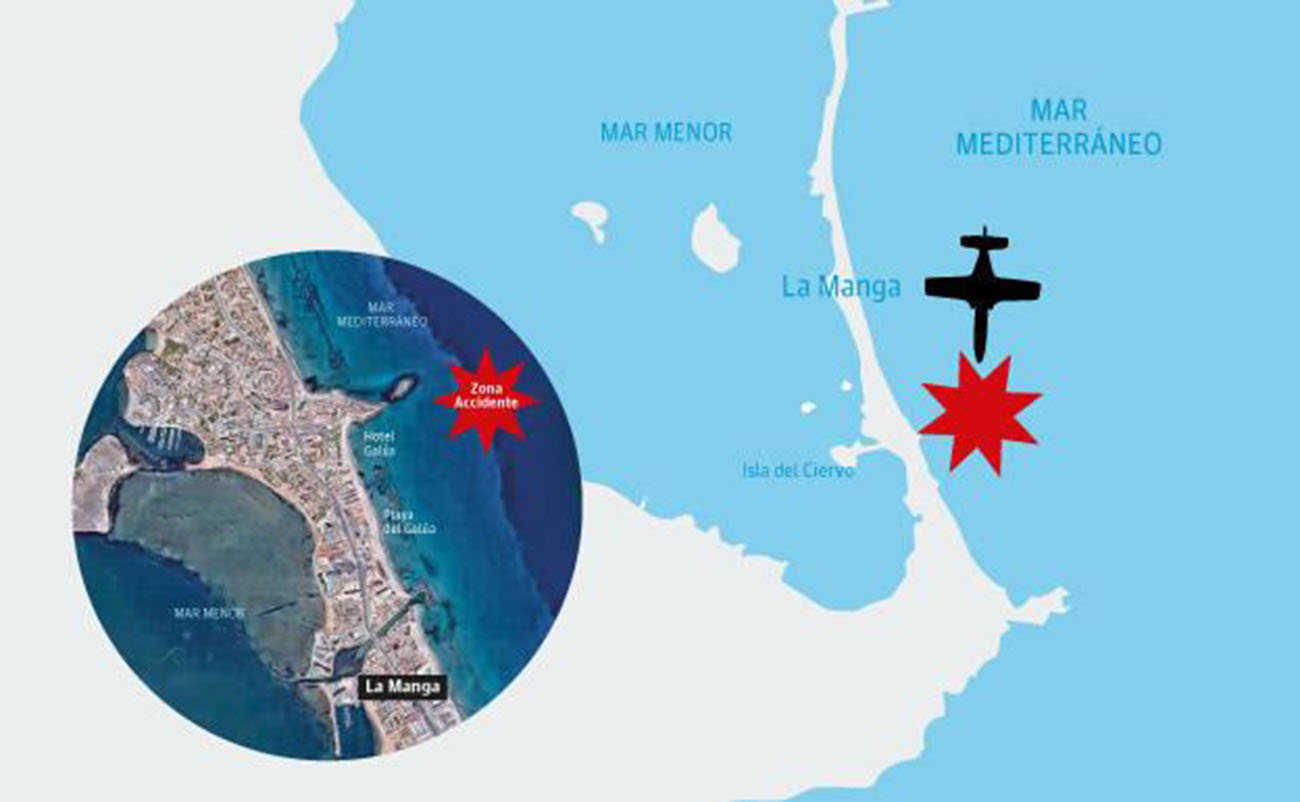 Following the lack of success on Thursday afternoon and evening the search for the aircraft wreckage re commenced early on Friday morning at the site of the crash 300 metres off the coast of La Manga at kilometre 6.5, in front of the Galúa hotel.

The search party included an SAR 48 helicopter, the navy Corvette Infanta Elena, the minesweeper Tajo and the search and rescue ship The Neptune. In addition, the team was joined by the Special Group of Underwater Activities (GEAS) of the Civil Guard and Red Cross with support from Maritime Rescue.

This was the same team that conducted the search following the crash of the training plane in September last year close to the San Javier airport. This is the third aircraft from the General Air Academy that has crashed into the Mediterranean close to La Manga peninsula in recent months.

The circumstances surrounding the crash are still unknown although the AGA announced that it had occurred during the Eagle Patrol’s scheduled rehearsals for the training of its pilots.

Commander Garvalena was with Wing 14 of the Albacete air base from 2007 to 2017, where he piloted the Eurofighter, before moving to the AGA on June 1, 2017. This year he was about to start his second season as ‘Eagle 5’ of the Eagle Patrol Display Team. He was an experienced pilot with more than 2300 flight hours and leaves behind a wife and three daughters.

The Minister of Defence was asked what measures she intends to take in relation to the C-101 aircraft after the three accidents and four deaths that have occurred in the last six months. She said that “it is not good to rush into early decisions or conclusions” and that now is the time to provide “support and solidarity” to the family.