El Palmeral stadium was the setting for Thader´s 3rd of 4 consecutive trips on the road.  Another glorious sun soaked Sunday greeted players and fans alike, excited at the prospect of what promised to be an entertaining match at Callosa.

Due to the hosts reseeding their pitch, original fixtures were reversed, resulting in Thader disappointingly losing the October encounter in Rojales quite badly.  Since then, Callosa have been on a good run of form, currently lying in 7th place, although they did come unstuck against Benferri last weekend.

Thader meanwhile, have recently hit a purple patch.  At start of play they sat just outside the drop zone on 23 points, a far cry from the barren run of not so long ago.  However manager Jose Ruis was only too aware that his side needed to extend their impressive unbeaten run, or risk being dragged back into the dog fight.

Veteran striker Rafa Gomez had still not recovered from a recent knock, whilst key players Nino and Borja were suspended for 5 bookings.

The game itself saw Thader rather quicker out of the blocks than their hosts with both Alviro and Calderon bringing good early saves from Tur in the Callosa goal.  But then, against the run of play, after gathering a loose ball on the edge of the area, a powerful drive from Ivan beat Sergio just inside his post to put the home side in front. 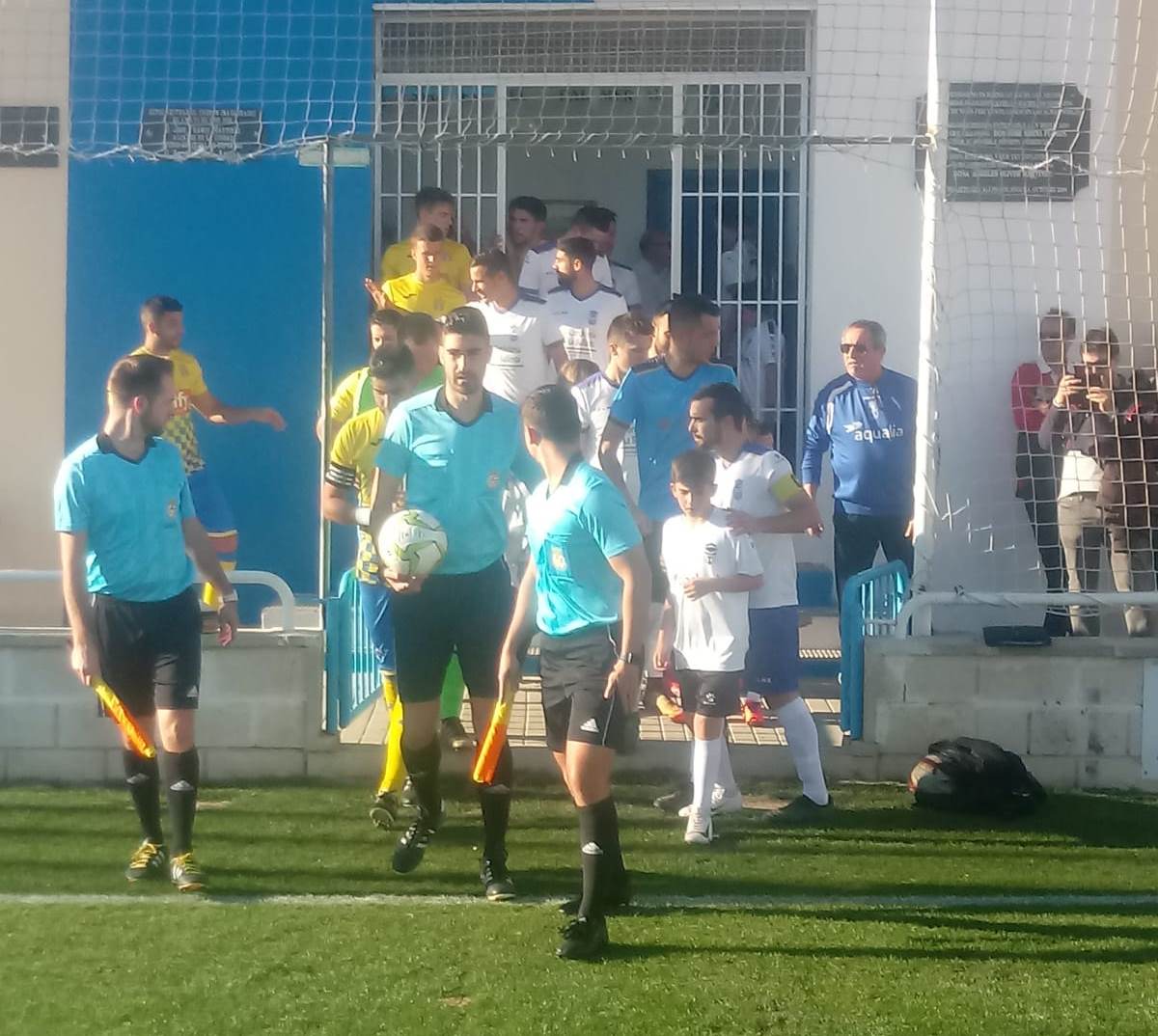 Onrubia really should have levelled on 20 minutes but he rather bizarrely headed wide from just 2 yards, when all he had to do was direct the ball on target. But still Thader continued to ‘boss’ the game, looking far more comfortable in possession than Callosa.

Cristian shaved the post with a blistering drive just short of the half hour mark before a half volley from Alviro fell just inches wide of the mark.

And that was the way it stayed until the end of an entertaining first half with, despite the pressure, the visitors unable to break down their hosts.

Callosa extended their lead after Ivan converted a cross from Saura midway through the second period and moments later things could then have got even worse but, when just a toe poke was required, Chica’s low effort across the box evaded all.

Thader manager Jose Ruis had rather too much to say for himself at this stage and was removed from the dug out by the referee but as he made his way to the stands the the visitors were handed a lifeline when a well worked move saw Perello slot home from close range. Honrubia then missed his 2nd ‘sitter’ of the afternoon with yet another misguided header.

But it was yet another encouraging performance from Thader which hopefuly bodes well for their visit to table toppers Villajoyosa CF next Sunday.

The game is likely to be a Sunday am ko but check the club Facebook page for confirmation.