“I STARTED in the mountain world in 2013, hiking. I had always practiced some physical activity in the gym, but I had never competed, until I discovered the world of mountain racing,” said Ana Belen.

“Since then I have been trained by professionals, initially adapting my body to the requirement of the mountain,” said Ana, 47, who recently competed in the gruelling 83km race Andorra Ultra Trail, finishing fifth place in her category, taking 19 hours and 51 minutes.

“Progressively I have been intensifying the level of training, always according to the tests I want to perform,” said Ana Belen. 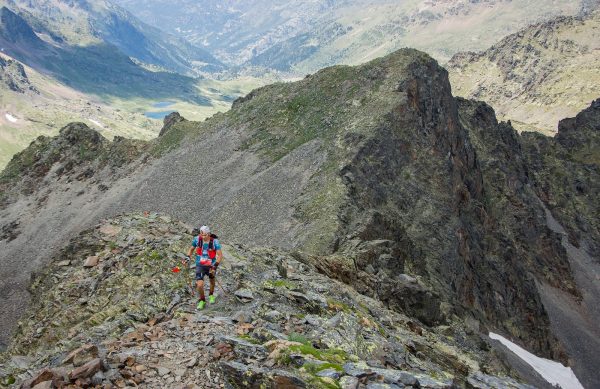 “I have also done some asphalt at the Seville Marathon 2018; Half Marathon of Santa Pola, Orihuela; Duathlon of Rojales and Santa Pola,” said Ana Belen.

“I have completed the famous Fortresses of Cartagena a couple of times, running 24 hours in a row on the track,” said Ana Belen.

“All of them focused on achieving other objectives, to achieve more rhythm, and resistance.

“Because in the mountain ultras the rhythms are low, and it is convenient to run asphalt and other shorter runs, to catch ‘spark’,” said Ana Belen.

“I want to make it clear that the objectives are not always achieved. Last year I trained very hard and with great enthusiasm, to make the Camí de Cavalls 178 km, which goes around the Island of Menorca. “I got injured from the biblical ones. My legs, at km 115, they said ‘here’, and I left,” said Ana Belen.

“Some year I will return – to try to finish it,” added Ana Belen.

“We must have new projects, that excite us, to continue training and experimenting,” said Ana Belen. “Like any mountain runner, I would like to go to the UTMB of Mont Blanc, which is a 100-mile race that you enter by lottery and meeting some requirements,” said Ana Belen.

“I just need to be lucky,” said Ana Belen.

*In Part 2 of Ana Belen’s exclusive interview she talks about her plans to return to Andorra in 2020, her future race plans, and training in the Sierra de Orihuela and the lagoon of La Mata.