The Long Island Sound home of historic aviators Charles and Anne Morrow Lindbergh is for sale and featured this week at TopTenRealEstateDeals.com. 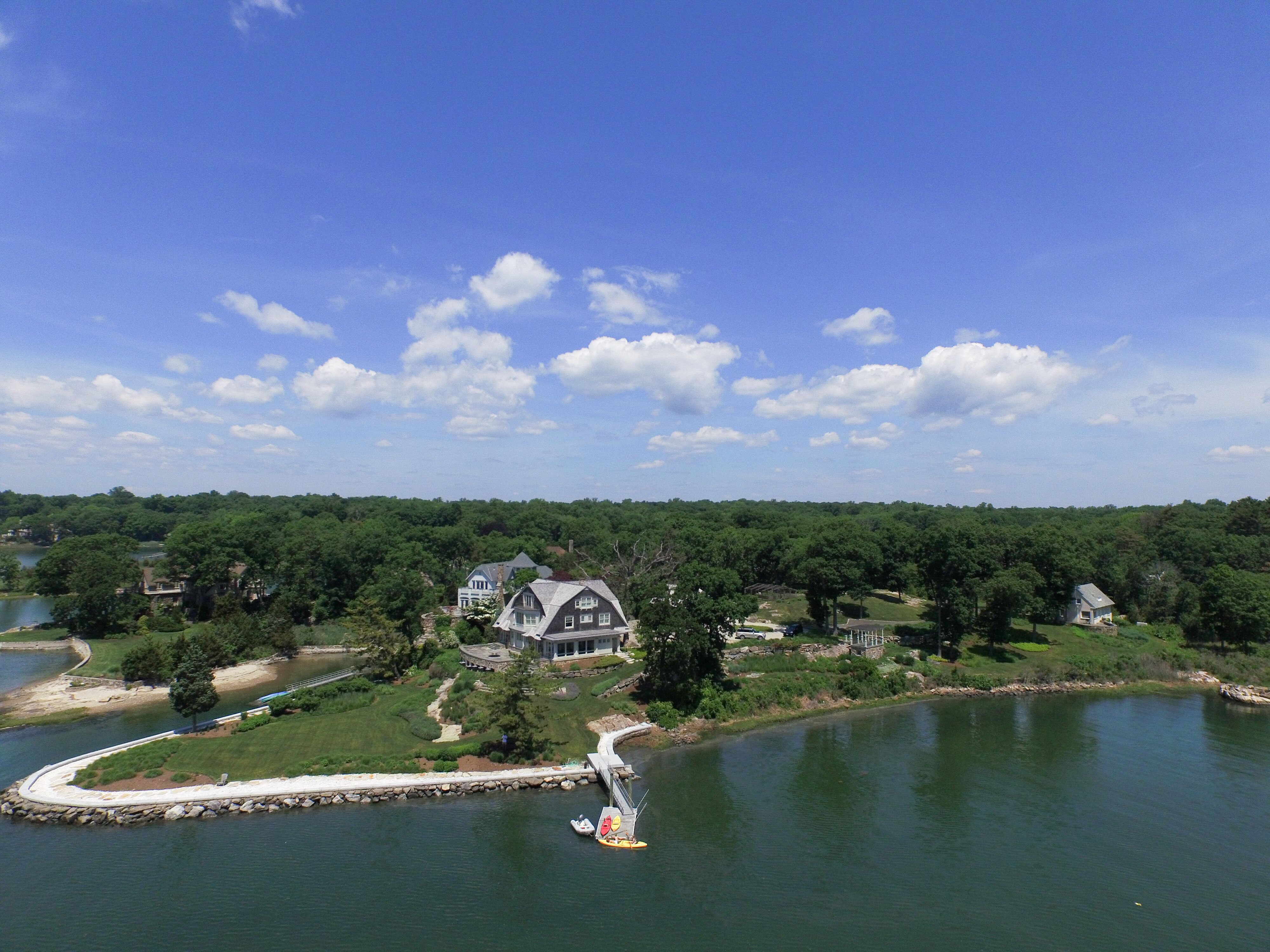 In 1927, Charles Lindbergh was celebrated worldwide after accomplishing the first solo nonstop flight across the Atlantic Ocean in the airplane he helped design, The Spirit of St. Louis. His book, ‘We,’ about the journey became a bestseller and Lindbergh received many prestigious honors including the Distinguished Flying Cross medal from President Calvin Coolidge.

After his marriage to Anne Morrow Lindbergh in 1929, the couple teamed up to break the transcontinental speed record in a flight from Los Angeles to New York in just less than 15 hours, and traveled throughout the world for many years promoting air travel and safety. In the 1960s, the Lindberghs built a Long Island Sound waterfront home in Darien, Connecticut where they lived off and on until Charles died in 1974 and Anne in 2001.

While living at the home, Anne wrote several best-selling books and Charles kept his seaplane moored in the cove off the front yard, convenient for day-trip flights. The Nantucket-style home and its large guest cottage, which they named Tellina, are now for sale, priced at $11.75 million and $6.3 million respectively. 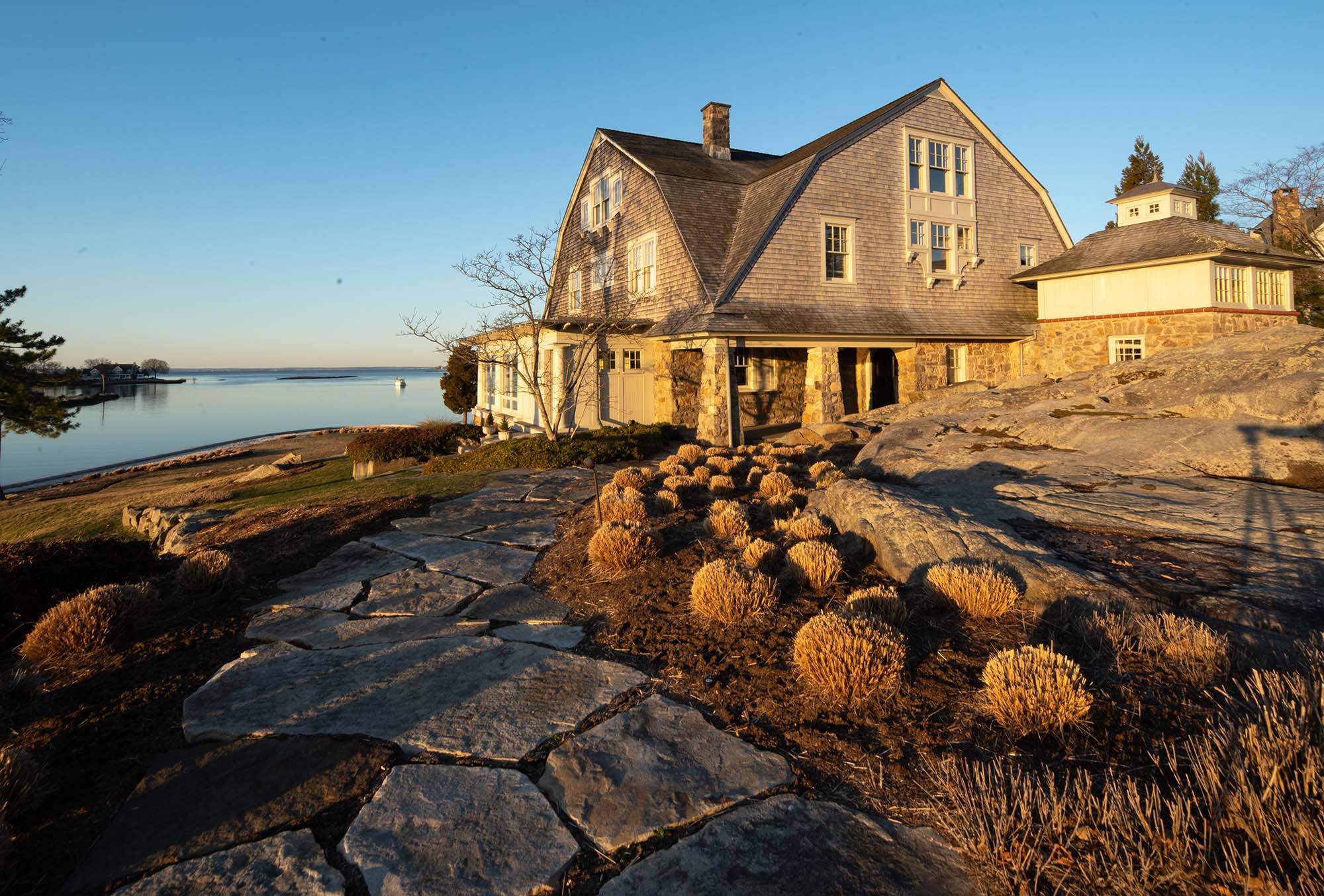 Located in the upscale Tokeneke neighborhood on 1.77 waterfront acres with 635-feet of shoreline on a peninsula jutting into Scotts Cove in Long Island Sound, the 5,663-square-foot, six-bedroom, six-bath home was built in 1919 with large-arched glass doors and windows to bring the extensive water views inside.

There is a large kitchen with breakfast room, dining room and fireplace in the living room. Grounds contain two garages with the capacity for five cars and a dock with space for two boats along with the option to drop additional moorings. Additional outdoor structures include waterside pergolas and terraces for entertaining and both open and covered porches. 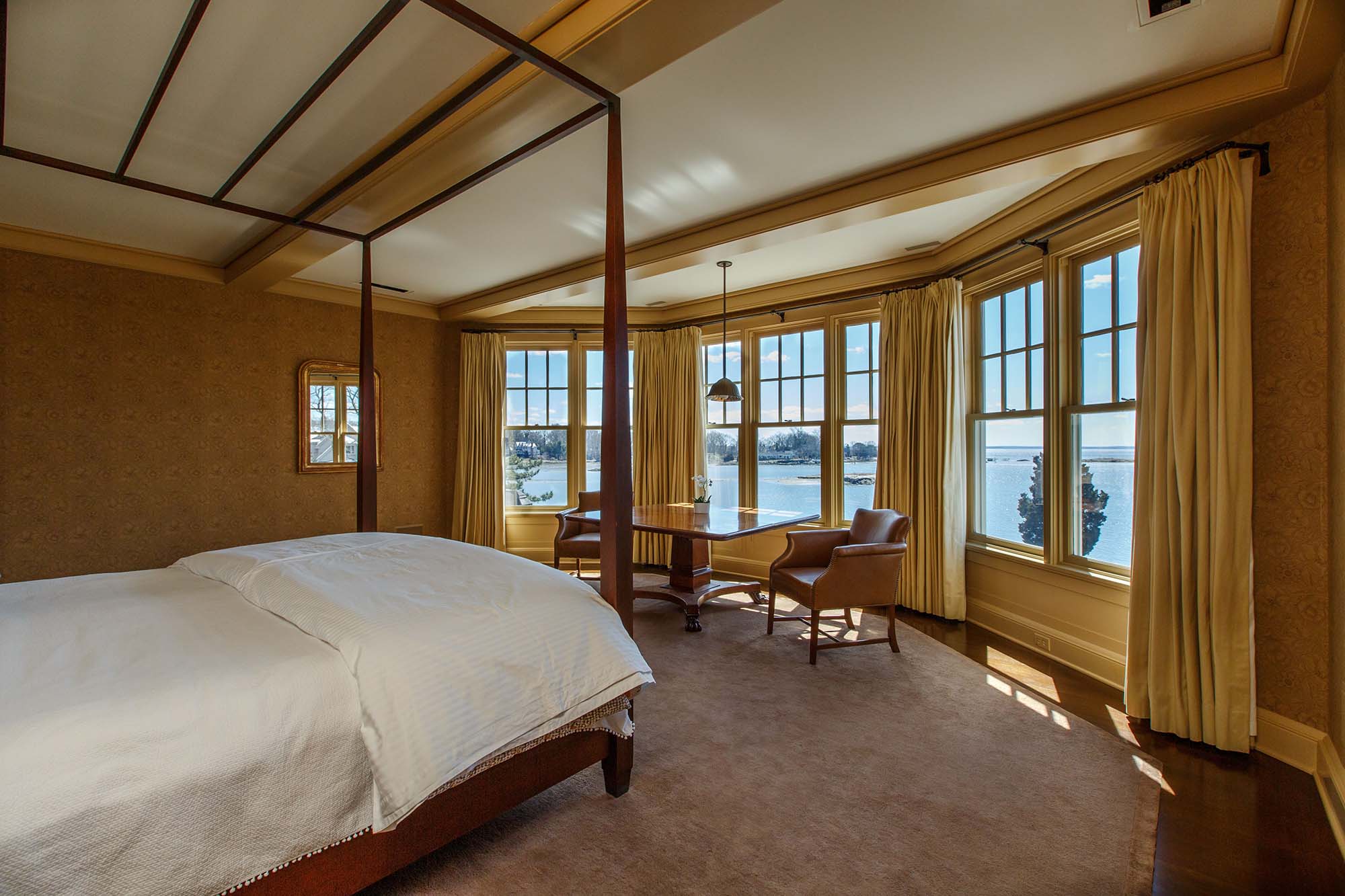 The adjacent waterfront guest cottage with 1,100-feet of shoreline, named Tellina by the Lindberghs, is also for sale, either with the house or separately. It is on 2.84 acres, is 1,529 square feet, has four bedrooms, three baths and was built in 1936. The landscape was originally designed by the Washington, DC-based Oehme van Sweden, responsible for the landscaping at the Federal Reserve, World War II Memorial and Martin Luther King, Jr. Memorial.

Both main and guest homes have mature gardens, rock walls and open lawns with unobstructed views of the cove and beach landscape.

The Long Island Sound home of historic aviators and celebrities Charles and Anne Morrow Lindbergh is for sale. The main house is priced at $11.75 million and the guest house priced at $6.3 million. Listing agents are Julie Bauer and Anika Charron of William Pitt Sotheby’s in Darien, Connecticut.

Why Leave UK and Retire on Costa Del Sol