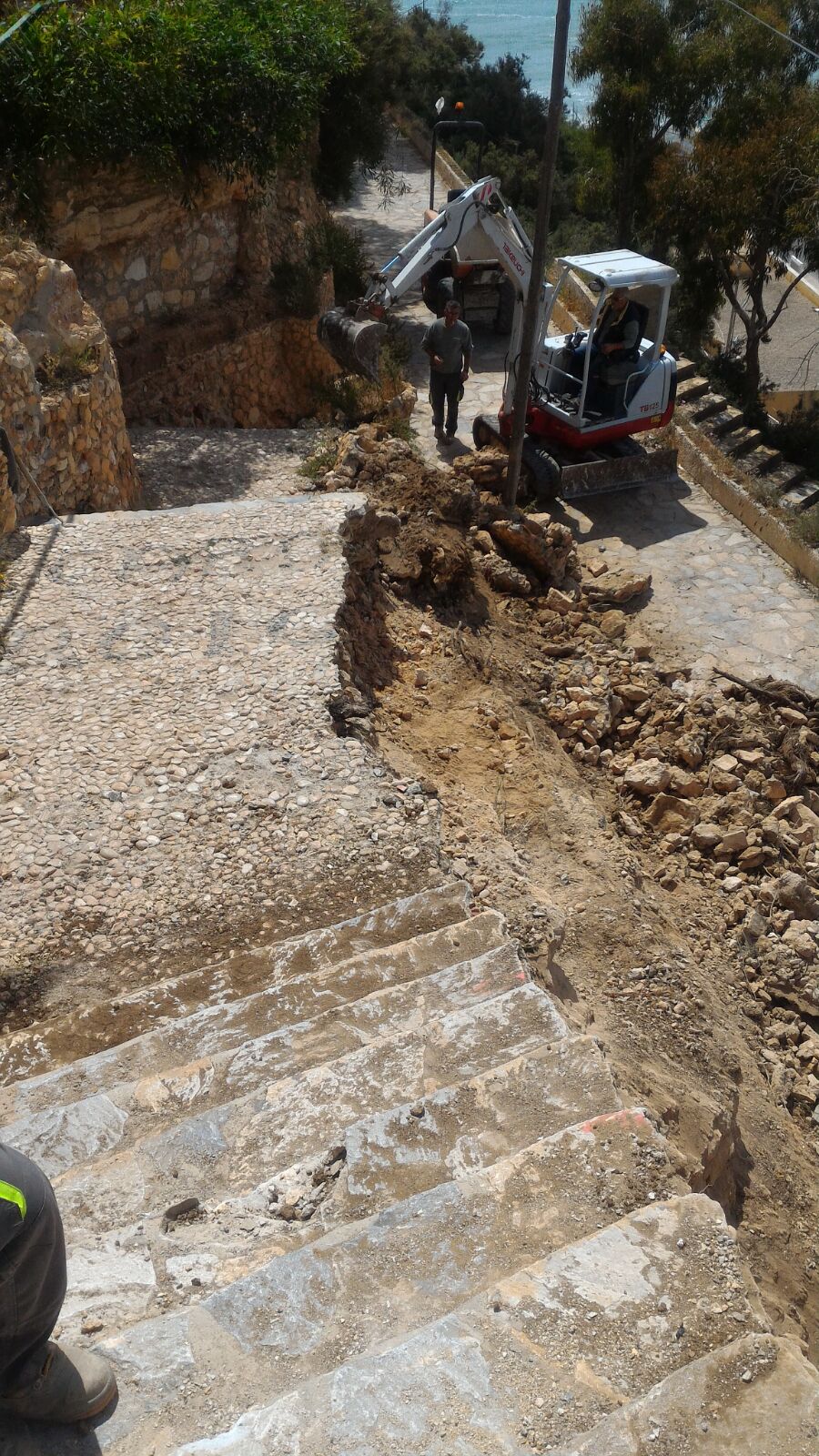 More urgent repairs are being carried out by the Councillor for beaches, Luisa Boné and her team, after a rockfall took place along several sections of the walkway along the Cabo Roig Promenade.

The most urgent work is taking place on the southern slope of Cabo Roig, in front of the Restaurant Torre Vigía where workmen are taking action to secure the steps. 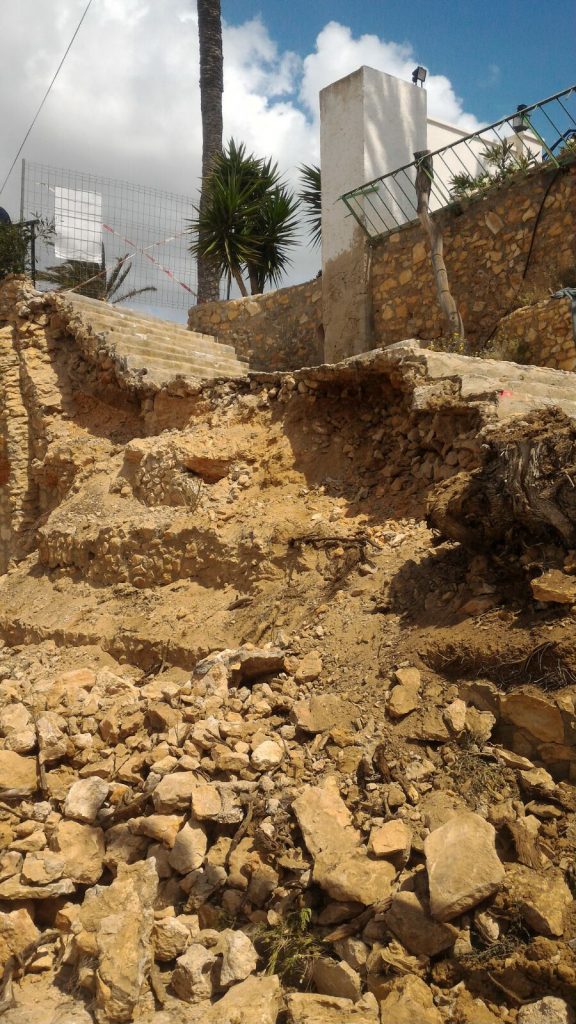 The stairway in question connects the viewing point looking out over the promenade where it is in a near state of collapse. The councillor said that many stones and much of the earth had broken away with numerous large cracks being noted, possibly caused by earlier severe rains as well as the expanding roots of a nearby tree.

She added that it was decided to take urgent action before the stairwell collapsed completely, and now there are workmen currently on site who are demolishing and cleaning all of the steps and the retaining wall. Once this work has been completed, and the structure made safe and secure, the steps will be subsequently repaired and the surrounding infrastructure restored.