Previously known locally as the Orihuela Costa Reading Point or the Residents’ participation centre, the facility, which in 2013 cost almost 3 million euros to build, was renamed by mayor Emilio Bascuñana just over 2 weeks ago when, together with the councillor for International Residents, Sofia Alvarez, a promise was made to provide the funding and support necessary to revive and regenerate the use of the centre by local community groups and associations.

Situated in Calle Ciprés, Torre Zenia, close to the Aldi at Lomas de don Juan, Campoamor, the councillor was on hand last Wednesday when she took around a small group of local residents as she explained how the building would in future be used.

It is currently managed by Josefina, a council employee, and opens from 9am-2pm every Monday to Friday. Unfortunately, though, her command of English, which would seem to be one of the basic requirements of any centre manager, seems extremely limited.  Neither is the centre currently fitted with a telephone or internet, although the councillor said that “both are works in progress.”

In addition, the International Library opens every Tuesday and Thursday from 1-5pm. There are also approximately 7 local groups, Russian, German, Polish and Bulgarian that regularly meet at the centre, including the Charity ORIHUELA COSTA COMMUNITY CARE – BELIEVE YOU MATTER, but there is still much more room for others. 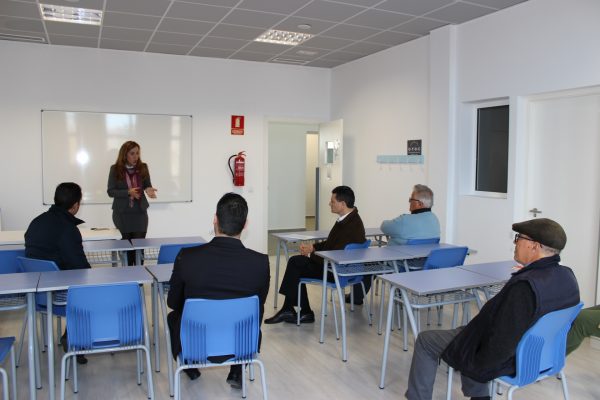 The six available rooms are clean, spacious and well equipped, some with classroom furniture and one with a completely mirrored wall, which is intended for fitness and dance classes.

However the major drawback is that all bookings have to be made at the Playa Flamenca Town Hall at least 15 days in advance. If the booking is for any time or day other than Monday to Friday morning, the key has also to be collected and returned to the town hall.

There is no doubt that the ‘Ramón de Campoamor’ Residents Centre’ could prove to be a very useful community facility, but there are a number of issues that first need to be addressed.

So whilst there once again seems to be the will, there are few signs from the information provided that there is likely to be a way, any real progress in the numbers of groups and organisations that will use the centre in the future, despite the fact that the facility is provided absolutely free.

But it is a step forward, with the use of the building once again at the disposal of the associations that are situated on the Orihuela Costa. And there is no doubt that it could be made to work, but I and others who were at the walk around on the day feel that it is only when the points above are addressed that any real progress will be made.