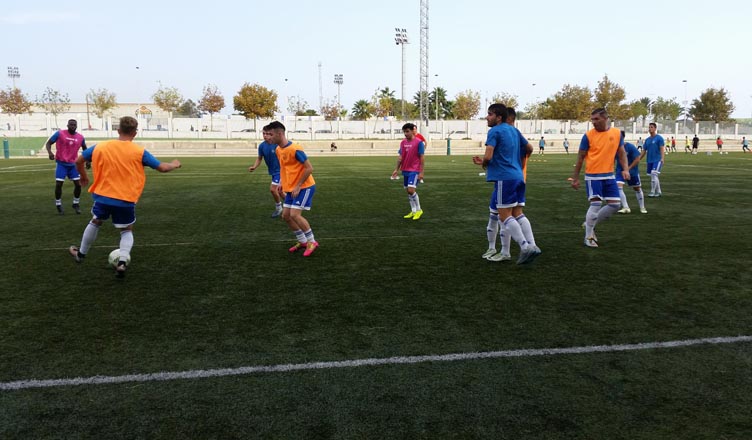 Comings and goings during the last week, have seen Torry´s first team squad reduced to only 13 players, although youth team players will make up the bench when required.

First choice keeper until recently has been Marcano, but he´s now been released, alongside regular and ever present captain, Pastor.

Goodbye Pastor, hello another Pastor, as the ex Torry favourite re joins the club, following his spell in University over in the good old U S of A.

Sunday’s opponents, Castellon, lay in 14th place, with a record of W3 L1 D3, whereas Torry were desperate to improve on their only point of the season, gained from the last home match against Novelda.

Castellon took the game to Torry from the offset, forcing Buba to a blinding save on 10 mins, when he tipped a fierce drive aside for a corner.  On 29 mins, the impressive Zarzo almost found the target, but his effort went wide of Buba´s near post.  Just before the interval, a cross from the left by Juanfran allowed Lolo to open the scoring for Castellon, which in all fairness they deserved for the number of chances created.

Torry brought on Booker for Nano on 46 mins, desperately searching for an equalizer.  On 64 min, Juanmi was fouled in the box, leaving Juanfran to coolly put away the resultant penalty.  On 69 mins, Lewis made way for Santi, as Torry were forced to make changes.  Juanmi thought he´d scored on 72 mins, but his effort was ruled out for a foul on Buba.  On the stroke of 90 mins, Castellon added a 3rd goal, which only served to rub salt into the many wounds of CD Torrevieja.

On Weds 12 Oct, Torry visit Bunol, then on Sun 16 Oct, ko 6pm, they have another home match at Nelson Mandela Stadium, this time against Muro.

More Information will be published on the Torry website when available. www.clubdeportivotorrevieja.com/en/