The LeaderPutting YOU at the Heart of the Community
Sign in / Join
Subscribe
Home Columnists Bernie Comaskey You Can’t Be Serious – An insider’s account of the fight game... 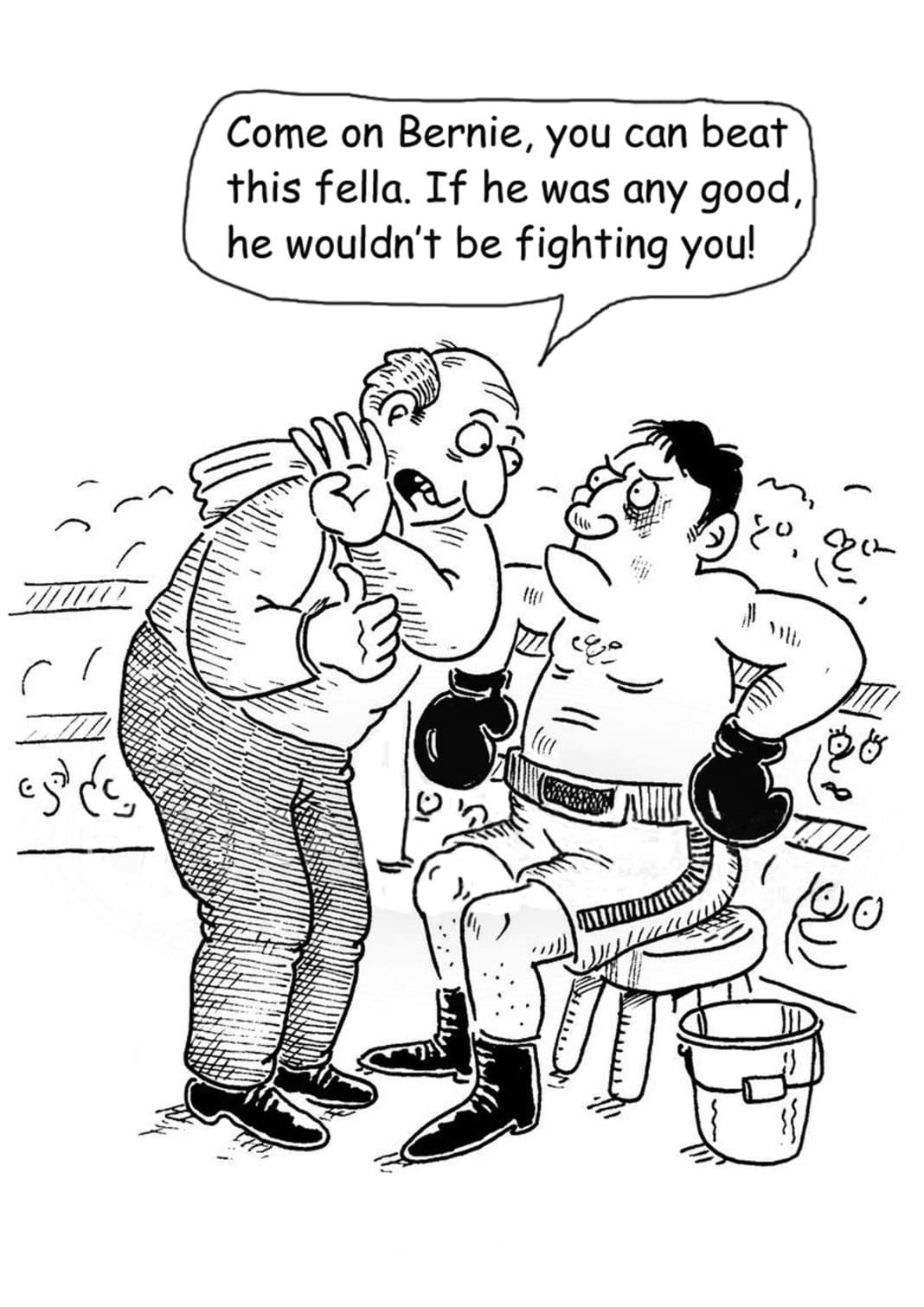 I was a fighter in my day. Not the Liz Truss sort of fighter – but a real honest-to-God, toe-to-toe, fighter. The following is a blow by blow account of my colourful career and also the combined stats from all my bouts. If you can’t stand the sight of blood, please disembark at the next full stop.

That I became a fighter without an iota of coaching tells you everything you need to know about my natural ability and planning. Starting at the beginning, every boy had to be a fighter in the school playground. Sometimes this might be a spontaneous, spur of the moment outbreak caused by a belt of a hurl. Other times the resentment might be brewing for some time and a bout of fisticuffs was necessary to flush away pent up passion.

All this was just normal schoolboy stuff – or amateur boxing, you might say.

I would have – and should have gracefully retired from the ring after my schooldays. My record in the playground, or around the ball-alley, would not have enticed a line of cheque-wielding boxing promoters beating a pathway to my door: And besides, I loved peaceful coexistence far more than conflict! The old hippy mantra of making love, not war was very much how I viewed things too.

That was fine and grand until I linked up with a new manager by the name of Arthur. Arthur was one of the Guinness’s – a family you may have heard of. That my record continued to be dismal should have closed that chapter – but Arthur wouldn’t allow me retire. Arthur got me a few non-title fights in Ireland and the UK. Despite me suffering loss after loss, Arthur continued to put his trust in me. I ditched Arthur in Canada and he was replaced by a Molson guy and another one by the name of Labatt.

Then I got lucky and shed the Arthurs, Molsons and Labatts style of management and retired from the ring. At that stage of my fighting career, my fight record read something like this: FIGHTS: *139 (*estimated due to having no idea what was going on) W: 0. D: *82 (*stopped due to crowd interference): L 57 (K.O.7)

That was it until I made a spectacular comeback in 1999 and scored the one and only glorious victory of my boxing career! I have humbled myself by relaying my litany of defeats so that I could get this one in!

We had just opened Paddy’s Point pub in Spain. La Zenia had only started to expand, but at an ever accelerating rate and the place was still a bit raw. One sunny afternoon (there are 330 of those every year on the Costa Blanca) I was walking along the footpath from the pub to my house. I was carrying a disposable camera in my left hand. We always kept a camera behind the bar – as you never knew who might drop in. So there I was, sauntering along with nothing but thoughts of all the good things that were happening to us. A flashy dark-blue car pulled in alongside me and the single occupant, a hardy-looking male driver, lowered the window nearest me – which was the passenger’s side. He spread a small map on the steering wheel and asked me for directions. Next he more or less motioned for me to come around to the driver’s side so I could look at the map – which I did. The car door was closed and the window down. I probably leaned my head a little in the window to look at the map – and that is when he grabbed me by the throat … shouting, ‘DINERO … DINERO’ – as he tried to reach the wallet in my back pocket. Of course I had looked an easy target; a grey-haired old touristy type with a camera in one hand and a fat wallet in the white shorts pocket. I was wearing a round-neck sweatshirt with a thick rib around the neck and he got his left hand a good grip inside the neck of my top as his right hand moved within inches of my ‘dinero’. By now, Gorls, I was using ‘fierce language’ on him. I had the traction of my feet on the ground and my right arm against the car door. As we struggled, his head snaked out the window at a beautiful angle for an upper-cut. The camera, funnily enough, was still in my left hand. There was nothing in my right … the one I hit him straight into the mouth with! The shock in his eyes, the little rivers of blood on his perfect white teeth – before I hit him one more time for luck and then off wobbled the stolen automatic car from one side of the road to the other. The policia found the car burned out on the beach. My winner’s trophy was the teeth marks on my knuckles!

I retired undefeated after that!!

Wisdom is learned more from failure than from success 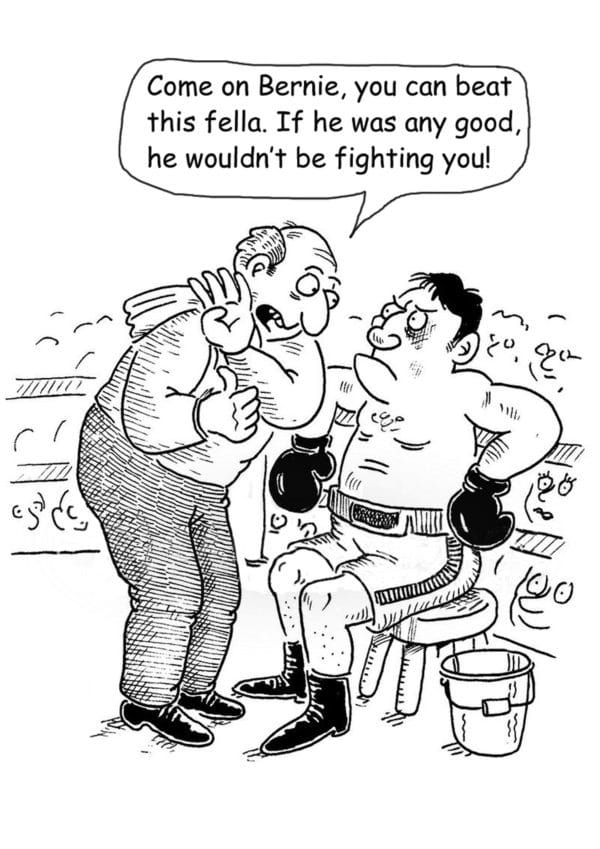