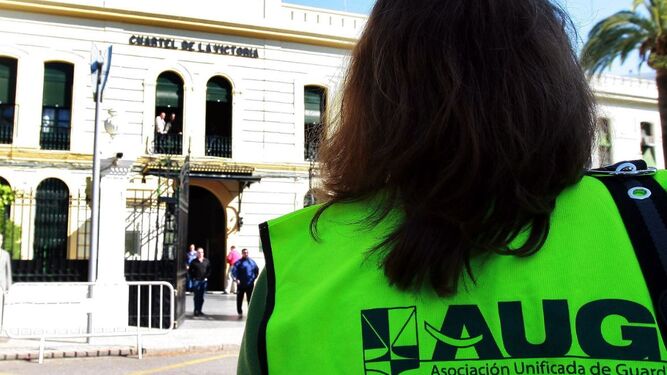 The union representing Guardia Civil officers, the Asociación Unificada de Guardias Civiles (AUGC), claims that there is a deficit of at least 600 officers in the province of Alicante, and considers the reinforcement of the workforce that will occur shortly due to the assignment of destinations in practices of the student guards from the academies of corporals and guards of Baeza and Valdemoro “very insufficient”. These agents will join on July 1 and “of the 2,098 places covered throughout the national territory, only 75 have been in the province of Alicante,” according to the association.

The AUGC indicates that this figure represents “little more than 3% and only 27 of the total barracks” in the province will be incorporated. In addition to considering it insufficient, the association specifies that it is a temporary reinforcement because “these trainee officers have come to learn and complete their training and never to perform the functions of professional officers.” They point out that the law does not support them, their training is insufficient and within a year they will leave the province and again leave a large gap in the various templates.

The problem is aggravated due to the fact that a third of the agents enjoy their summer vacations, so despite the reinforcement of the trainee agents, the different templates “will be drastically reduced at a time when even quadruple the population, especially in coastal towns,” warns the AUGC.

The AUGC demands that the political authorities expand the offer of public employment in the coming years and that the Corps authorities “finally face a restructuring of units according to the 21st century in large operating centres, which favours the increase in staff to provide a quality citizen service and also allows a better reconciliation of work and family life of the agents, establishing fixed work shifts, which they currently lack, unlike other police forces”.

According to this group of agents, the lack of public employment offer that has been suffered in recent years has caused more agents to go into retirement than those who join the active situation, causing the staff of the different units that provide citizen security services and various specialties to see “drastically reduced”. To all this, the AUGC adds the huge number of personnel dedicated to bureaucratic work and the fact that the General Directorate of the Guardia Civil is continually ordering the creation of new “ghost teams” to combat new criminal types. They consider that these groups are necessary but “they are created by removing personnel from the different units, instead of creating them by publishing vacancies based on merit competition and establishing special independent units.”

The situation, according to the AUGC, is becoming unsustainable in several barracks and putting “citizen safety at serious risk, as well as that of the agents themselves.” Given the lack of personnel, the security of several localities is being covered “with just one patrol” and the agents can find themselves involved in risky situations “without being able to count on any support to carry out their tasks, whether they are disturbances of order, brawls, notices for gender violence or practice of arrests”.