With a 5 km circuit through the town centre, the race returned to the streets after being suspended due to the pandemic.

Last Sunday, San Fulgencio once again held its traditional Three Kings Race, this year for the sixth time, in which 450 runners took part.

“We are pleased to have been able to resume this activity so representative of our town, after the enforced break suffered last year due to the health situation, which required us to suspend it,” said the Councillor for Sports, Ana Maria Villena.

Organised by the San Fulgencio Town Council in collaboration with the Alicante Provincial Council and the company Ginssa, the race was of two laps around the town centre, starting and finishing in the Plaza de la Constitución.

The athletes from the different male and female categories (promising, senior, and veterans) covered the 5 kilometre distance,”always following all the health and safety measures stipulated by the Generalitat Valenciana and the Conselleria de Sanidad,” said Villena.

Eetu Savolainen was the overall winner of the race, with a time of 14:14 minutes. Juho Ylinen and Jorge Mateu Fernández came second and third, with times of 14:24 and 14:48 minutes, respectively.

Cristina Cartagena Miralles took first place on the women’s podium with a time of 19:20 minutes. Second place went to Cecilia Abellán Soler, who clocked 19:29, while Sara Moya Pulido took third place with a time of 19:33 minutes.

Trophies were also awarded to the runners with the most original and funniest costumes. 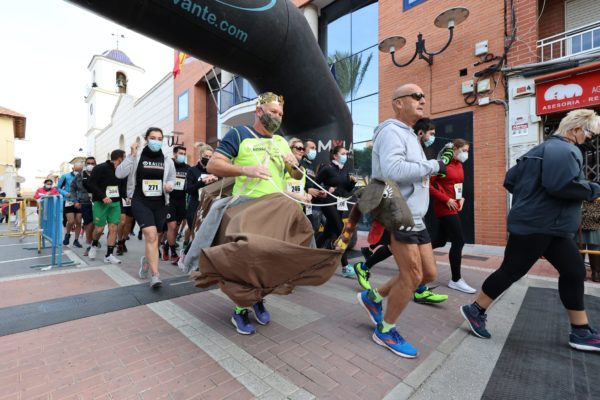 The councillor highlighted the participation of the children from the municipality, who joined in this sporting celebration in the different categories of children’s races.

“It is good news that both youngsters and children have been encouraged to participate in this event, through which we want to promote healthy living and sport for all ages.

How Technology Has Changed The World of Betting