The front of a building on Calle de la Reina, on the corner of Manuel Birlanga, in Almoradí, has collapsed onto the road below. A woman, who was in the ground floor apartment of the building, at the time was unharmed.

According to Alfonso García, Almoradí Local Police Councillor, the cause was quite probably the “age of the building.” He said, “the beams that supported the outside edge of the balcony” broke away, leading to the collapse of the façade. 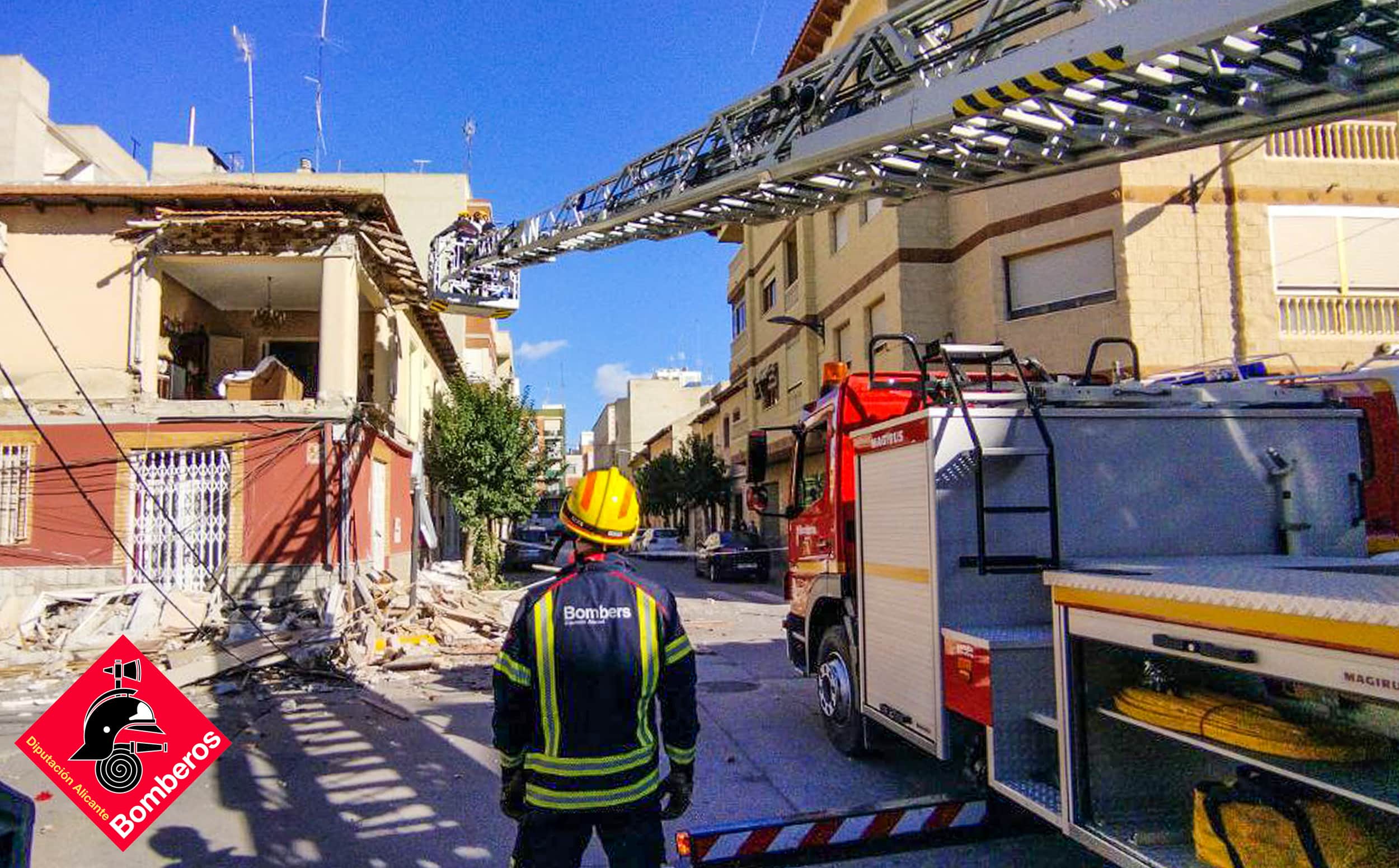 The councillor for emergencies visited the scene along with the municipal architect, the Police and the Civil Guard-

Firefighters from the town and from Orihuela removed the cornice that was at risk of falling and have cleaned up and removed the fallen debris, finishing the task at about 2.30 pm on Sunday afternoon.

The Civil Protection and Works and Services have put security barriers up along the building perimeter.