Catamaran Ole sank on November 14 with 33 passengers on board – including six children – being rescued by emergency services, with some receiving hospital treatment after suffering from hypothermia.

The Catamaran got into difficulties a mile from the coast, before sinking. A helicopter was also alerted to the scene, along with fishing and leisure boats who notified the emergency services.

All 33 passengers on board the Catamaran were safely returned to port but ten passengers were taken to Santa Lucia Hospital where treatment was given for hypothermia.

A further two passengers were treated at the scene by medical officers following anxiety attacks. 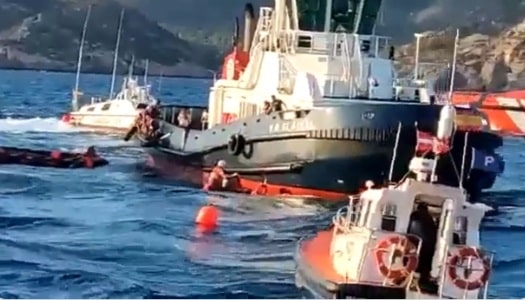 Loud cracking noises were reported to have been heard from Catamaran Ole before it began to sink.

In a statement the owner of Catamaran Ole said the boat had certification of all technical inspections carried out. It was said that one passenger had been unaccounted for, but information came through that they were at hospital receiving treatment.

The causes of the sinking are being investigated.

The Port mobilised its tugboats, based in Escombreras, and several boats of the pilots, who took out the children.

The Red Cross sent a boat and a Sasemar helicopter were on the scene to see of there was anyone left on the Catamaran hull or in the immediate vicinity.

After the incident Port operators cleaned the mouth of floating elements to guarantee the safety of maritime traffic. 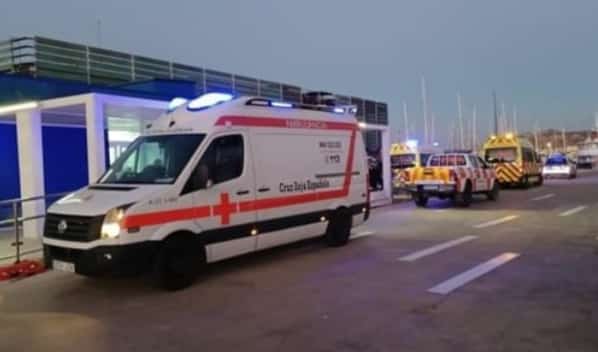 Investigators marked the site of the sinking of Catamaran Ole, which will have to be removed and towed to shore for inspection.

Three Maritime Rescue vessels the ‘Clara Campoamor’, ‘Calliope’ and ‘Mimosa’ left the scene of the accident.

Cartagena mayor, Noelia Arroyo, said: “All the families who were on the boat have spoken of the importance of the actions of Salvamento Marítimo and the fishermen and sports boats that were near the mouth of the port.”

Fina Sánchez, from Alcantarilla, said: “The catamaran left at four o’clock and, after more than half an hour had passed we didn’t see it coming back.

“I started to worry as my two children and three grandchildren, aged 10, 5 and 3, were on it.

“I called them on the phone, but they did not pick me up and police cars started to pass. I then heard the ship had split. They were horrendous moments.

“Thank God, we saw they were lowered from the boat that rescued them and taken away to attend to them.

“My grandchildren were wearing wet clothes and they were scared. I just hope they don’t get pneumonia.”