This year’s Poppy Appeal Launch in District North Spain will take place in Benidorm on Saturday 16th October 2021.  After we were forced to hold a reduced ceremony behind closed doors last October because of COVID, we’re delighted that restrictions have now relaxed sufficiently that we can return to the format of previous years.

There will be a Parade of Standards from both The Royal British Legion’s Branches in Spain and other Ex-Service Associations here.  The Standards will step off from Calle Castellon at 12.00 noon and move along the seafront boardwalk, Paseo de Levante, led once again by the Torrevieja Pipes and Drums.

Meanwhile the audience waiting for the main ceremony at the Rincon de Loix will be entertained by The Royal British Legion Concert Band, Spain awaiting their arrival.

After the event, there will be a buffet lunch at the Marina Hotel to which all spectators are cordially invited at a cost of only €15.00 (excluding drinks).   If you would like to join us for lunch, please make your wishes known through your local Legion branch, details of which can be found at

While our Branches work tirelessly throughout the year to raise much-needed funds for the Poppy Appeal, the vast majority of the money we raise comes from the Poppy Appeal.  Last year, we managed to raise an amazing €75,000+ despite the COVID lockdown.  This formed an important part of the almost €641,000 raised overseas.  More importantly, this money stays here in Spain to support local Beneficiaries’ needs. 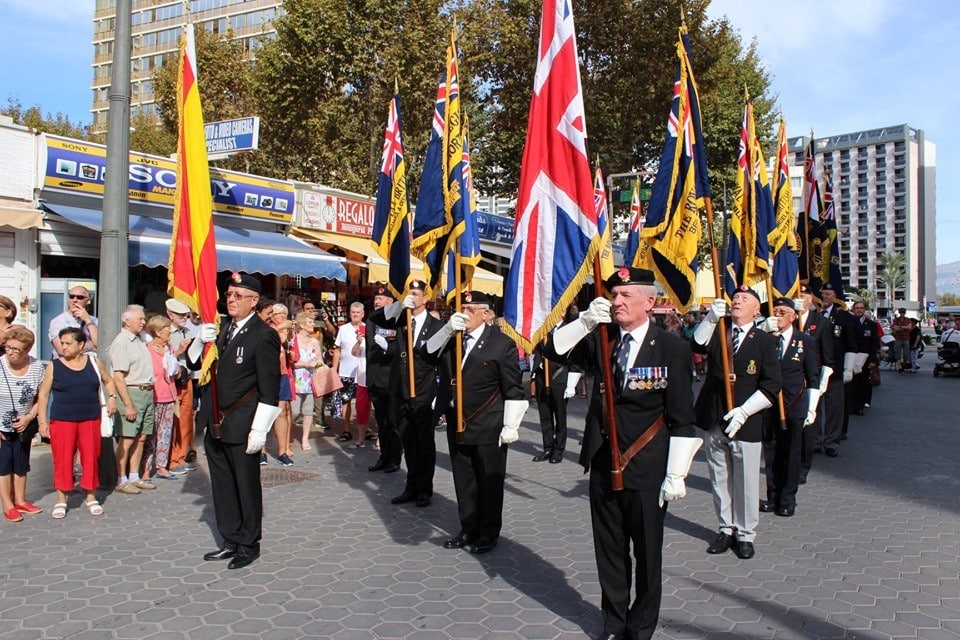 In the last 6 months we have provided support to over 200 cases.  Some of these simply need a telephone buddy or home visitor; others’ needs are best met by onward referrals to the local Spanish Social Services or other organisations and charities, known as “signposting”; while others need more concrete support in terms of financial help, sometimes ongoing support for the more complex cases we support.

In the last 3 months to the start of September alone, we have provided financial aid in excess of €23,500, covering everything from Immediate Hardship Grants, to utility bills and rent, to mobility and hearing aids, to building works.

The money raised here in Spain stays in Spain, supporting veterans and their dependants.

Please help by giving whatever you can afford to the Poppy Appeal this Remembrancetide and join us in Benidorm for the Poppy Appeal Launch if you can – every cent you donate goes to supporting those in need.