On Saturday, August 21st, the eighth stage of the Vuelta Ciclista a España will begin in Santa Pola, and will continue along the N332 into the centre of Torrevieja, from where it will travel south, joining the N332 at Punta Prima and on to San Pedro, San Javier, Los Alcazares, across to Torre Pacheco and Cartagena before finishing in La Manga.This stage of the cycling tour of Spain will start in Santa Pola and end in La Manga del Mar Menor.

With a total distance of 173Km the stage has a fairly flat profile.

The race, of course will cause a great deal of disruption for quite a lot of the day in Santa POla, Torreviejja and many other towns that are on the route so do make sure that you check your local situation before venturing out in a car.

A municipal tow truck will remove any vehicles that are parked along the route from 10pm on August 20th.

Due to the route of the cycling tour of Spain through Torrevieja, the following streets will be cut off meaning that traffic and parking on these streets and avenues will be totally prohibited in the specified period of time, check signs for relevant times:

Roundabout at the Desalination Plant. 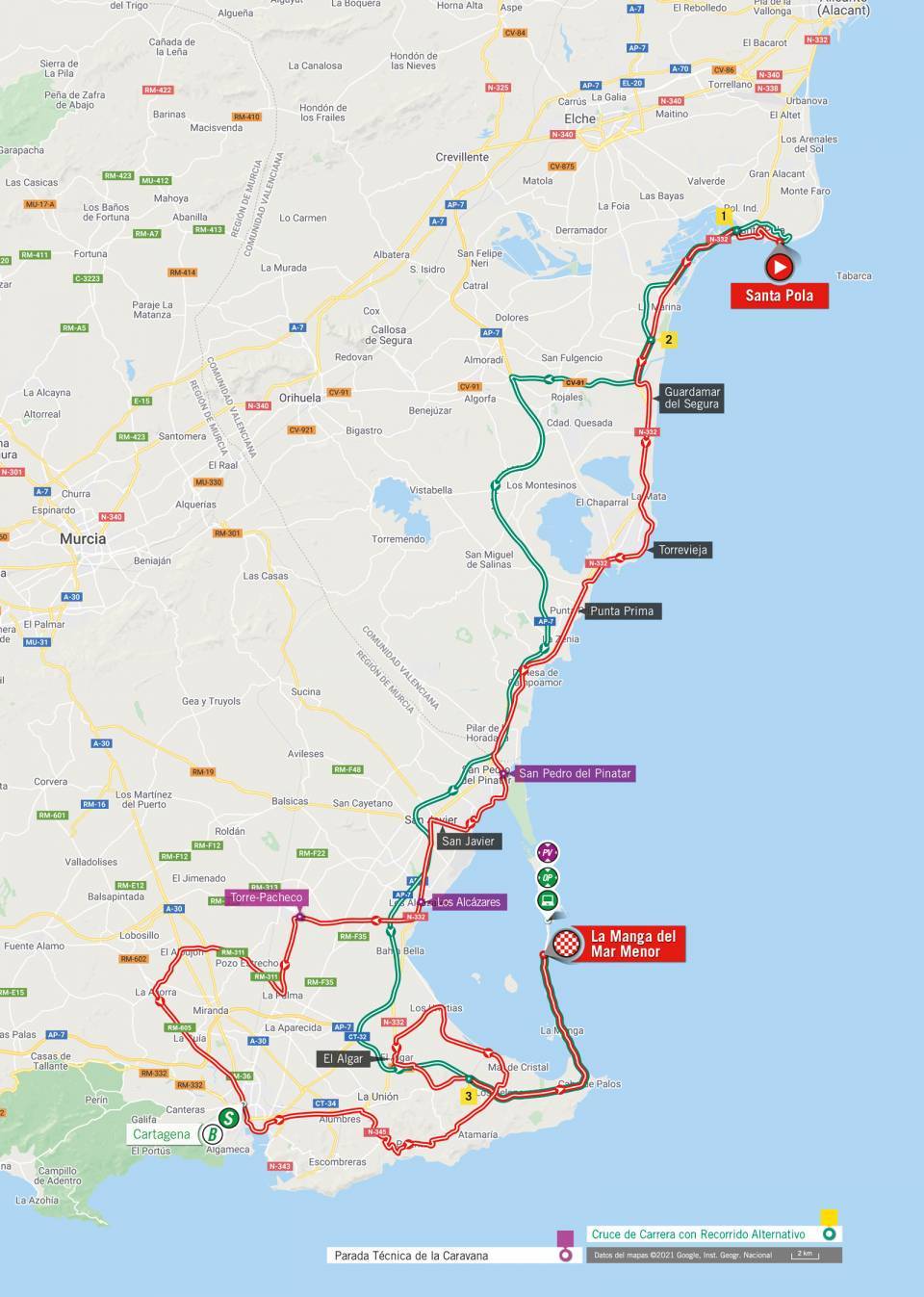