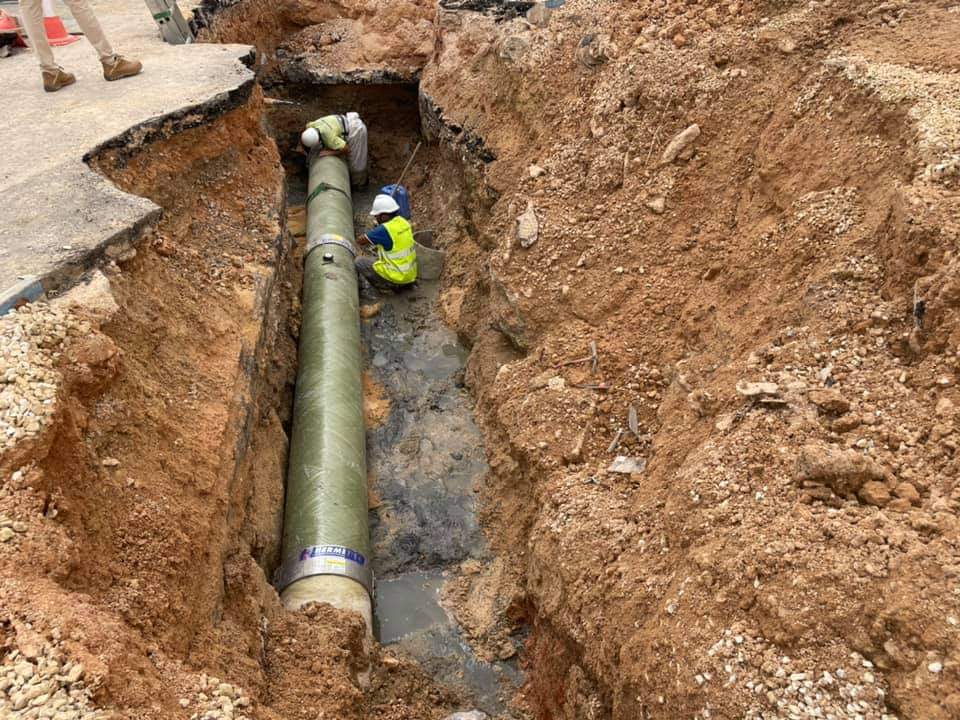 Traffic chaos in La Zenia on Tuesday morning as yet another problem with the antiquated sewage system saw the area brought to a standstill as roads were closed in the vicinity of Zenia Boulevard.

The broken pipe was eventually found by workmen at a depth of 3 metres on the roundabout between Petsworld and the McDonalds fast food restaurant, but only after the  discharge of thousands of litres of sewage that flooded several roads in the La Zenia area.

A similar sewage spill occurred two years ago with, on that occasion, the dirty water running across the N33 and down to La Zenia beach. On this occasion the workers erected several retaining walls to prevent the spill from doing the same again.

For this reason, it was necessary to close several roads, Ópalo, Malaquita and Diamante, and employ agents from the Orihuela local police to divert the traffic. 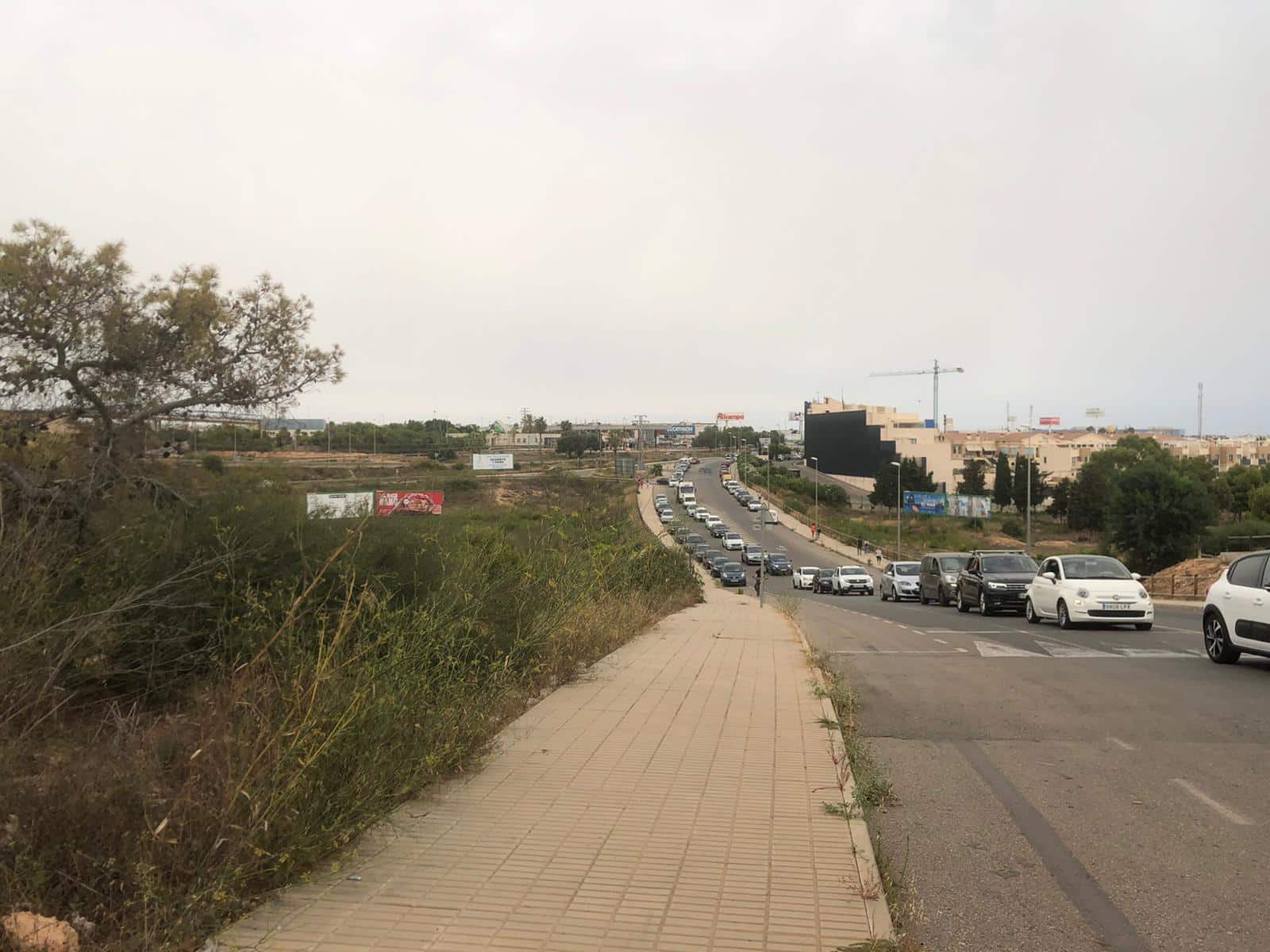 The manager of the Valencian Community Wastewater Group (EPSAR), Juan Ángel Conca , and the Orihuela Councilor for Infrastructure, Ángel Noguera, were both on the scene as workmen forged ahead with the replacement of the pipe.

Work continued until the late evening under the supervision of the manager of Residual Waters of the Valencian Community (EPSAR), Juan Ángel Conca, who traveled from València to Orihuela Costa due to the magnitude of the failure.

The Orihuela Costa treatment plant treats an annual flow of close to 18,000 cubic meters per day and provides service to around 90,000 inhabitants.

Last December, the Generalitat put out to tender the renewal of the wastewater supply system whose obsolete facilities, now more than 30 years old, do not have enough capacity.

The Generalitat will invest € 221,729 in structural improvement works at the two wastewater pumping stations in Orihuela Costa with the aim of preventing more sewage leaks such as those that have occurred in recent years. 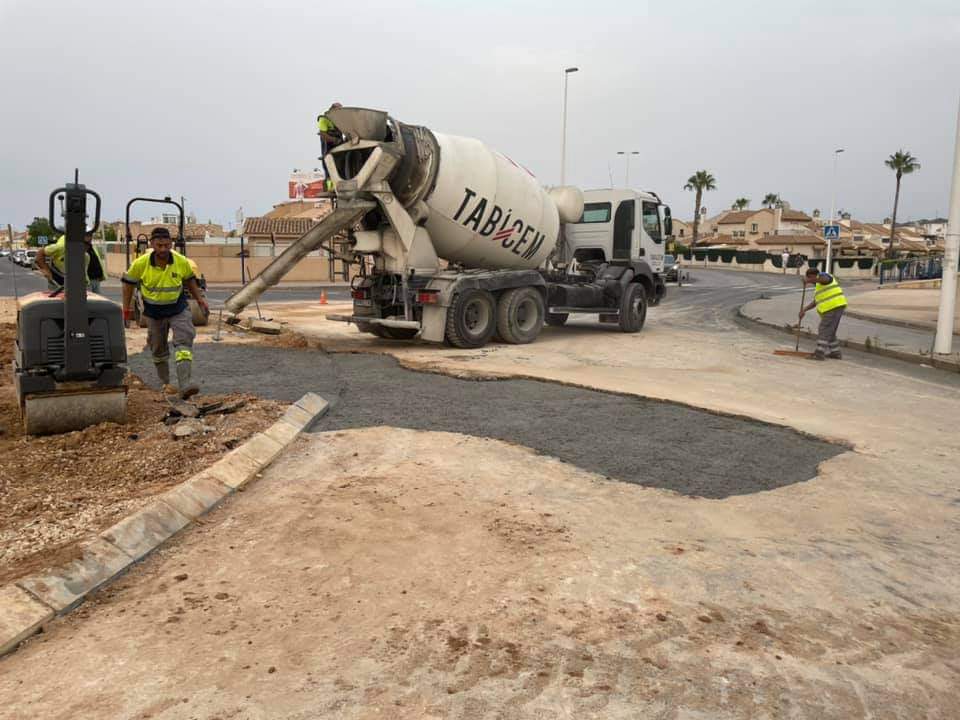 Meanwhile Sr Conca announced that “in the coming months” the project to expand the purification capacity of the Orihuela Costa station with the construction of a storage tank will be put out to tender.

Unfortunately it now seems to be a matter of course that services on the Orihuela Costa have to suffer a major failure before refurbishment or remedial works are carried out.  Or is it just another coincidence that promises of new infrastructure are only now being made.