Central defender Cane was in the Racing squad during the 2019-20 season, after joining the club from the Caliche Group.

Meanwhile, Racing San Miguel are to form a women’s football training group next season as a first step to consolidate a women’s team in the competitions regulated by the Valencian Community Soccer Federation. 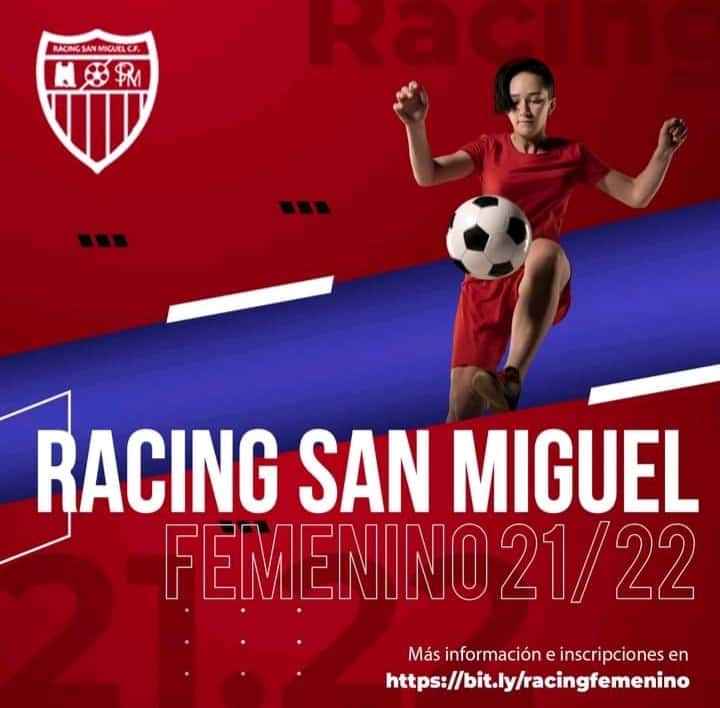 “The initiative is aimed at girls from the age of 15 (Born until 2006).  If the required number of registrations is reached, starting in September, when the training sessions of the Racing San Miguel Soccer School begin, the women’s training will take place two days a week.  “During this first season there will be no official competition, but friendly matches will be promoted with other clubs from neighboring towns,” said a spokesperson.

Sign up in the registration form, and enjoy football: http://bit.ly/racingfemenino