In my book, ‘If Ever a Man Suffered’, (which incidentally is still selling away … plug …plug!) I related this episode to do with the type of training that our collie dog received from my father.

One day a few heifers broke into the cabbage garden – igniting an awful fit of temper in Daddy. Rover, the young working dog was mad for action when called upon to deal with this emergency.

However, the frenzied instructions from the over-anxious master to the over-anxious-to-please collie were anything but clear-cut, was responsible for leaving the entire wire fencing trailing in sections all the way down to the river Deel.

No wonder that Rover went around with a bewildered expression on his handsome face!

It wasn’t only Rover that was in receipt of very confusing directives from both my parents in our house. There were six sons along with Rover and how we ever managed to make any sense of some of the orders is one of the great mysteries of our time.

‘When you fall out of that tree and break a leg, don’t come running in here complaining that you weren’t warned!’ I never thought much about that one – knowing that I was really far too smart to fall out of a tree. 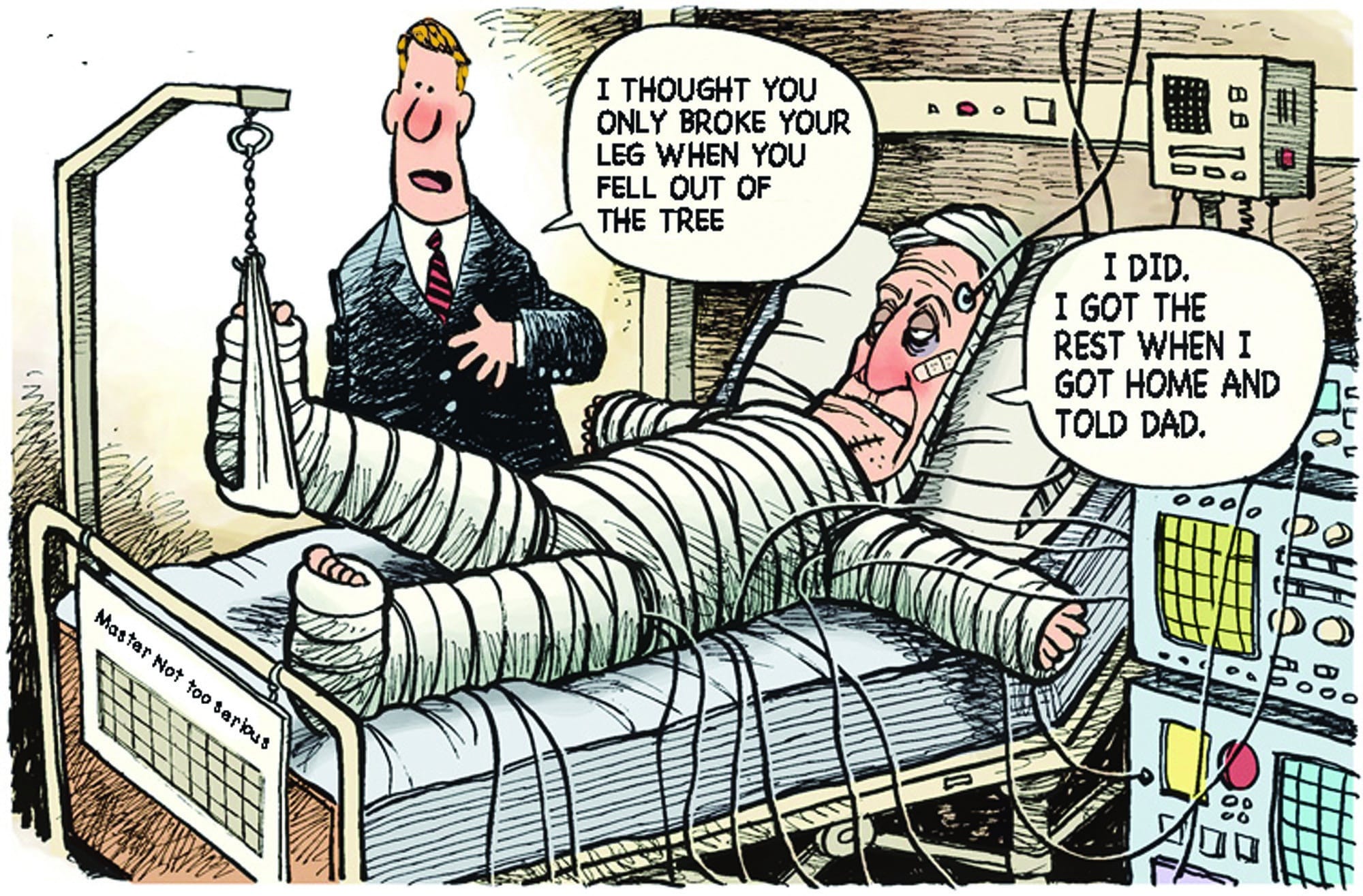 My father’s simple logic to us was short and to the point: ‘Because I said so!’ I suppose it was easy to understand when the alternative was ‘to be left in the middle of next week with a belt!’ Another bit of parental logic was, ‘stop that whinging or I’ll give you something worth crying about!’ ‘The last of your bread is baked’, was another great favourite around our house – and I did often wonder as to how would the baker know when to turn off the oven?

‘If the hungry children in Africa had half that they’d be glad to eat it’, scolded my mother. At the time, I wondered how she could know that and anyway, I couldn’t believe that anybody might want to eat whatever I was being force-fed.

Due to not eating whatever it was, I was by now destined to be ‘nothing but a puny little runt.’ I know … I should have eaten it! ‘You’ll end up blind as a bat from reading in the dark’ and ‘eating sugar from that bowl will fill you full of worms’, didn’t curb either habit.

A rather severe warning from our mother was, ‘you will turn into your Uncle Dinny’. Whatever that threat implied was left in abeyance. Anyway, my Great-Uncle Dinny was dead and I figured to turn out like him would mean I had to be buried.

‘If you are not home in this house by six o’clock, you won’t know what hit you as soon as you cross that door’. The early curfew was generally met though cut fine; so I never got to see what I wouldn’t see! Sometimes if you asked an awkward question, the only satisfaction advanced was, ‘wait until you get to my age and you’ll know all about it.’

From about this time onwards every year, the great ready-made threat hung over us like a black cloud. Several times a day the warning was issued; ‘Santa won’t be coming to you.’ Or ‘Santa’s bird is looking in the window.’ How-and-ever Santa always forgave and stopped off at our house on Christmas Eve … but how do I know now how much more I might have got if I had been good?

‘Wait until your father gets home’, was usually a bark worse than a bite and the crisis would generally have receded prior to the great man’s arrival home. One threat I treated with a bit more seriousness was, ‘I’ll be talking to your teacher, Master Lawlor, next week and I must remember to tell him about that.’

The greatest mystery is that Rover and myself got through all of this unscathed … well sort of!

No one would object to the meek inheriting the earth if we could be sure they would stay meek after they got it.