A spectacular fire occurred in a home on Avenida de Torreblanca in Torrevieja on Thursday afternoon, resulting in considerable damage to the house. The alarm was raised at 2:45 p.m. but thanks to the quick intervention of the fire fighters, it didn´t spread to the surrounding houses. 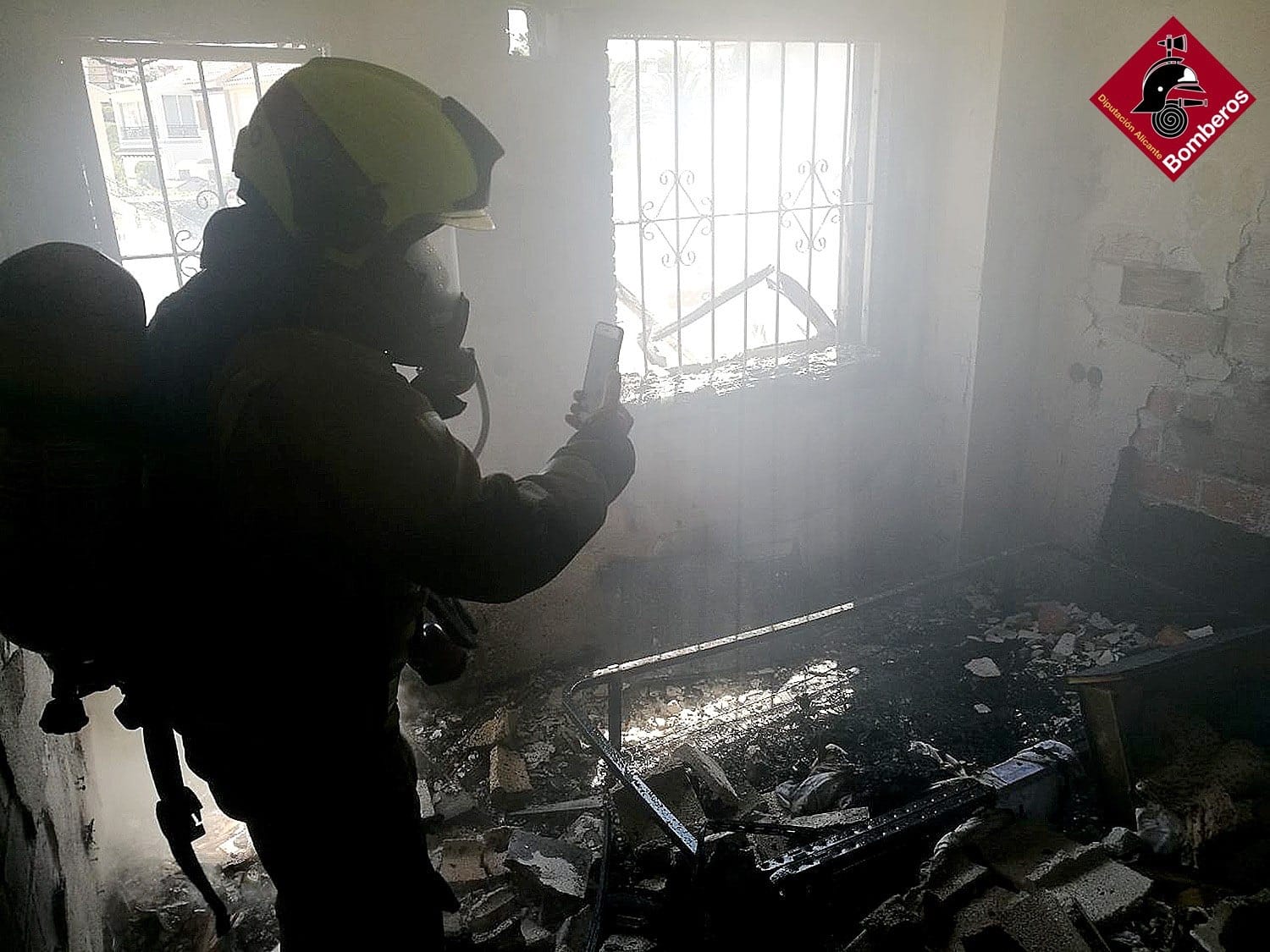 In recent weeks, a breeding colony of Sandwich Tern (Thalasseus sandvicensis) has formed in the salt flats of Torrevieja, it is a species of seabird present throughout most of the year in the south of Alicante, although it does not normally reproduce.

The Association of Friends of the Southern Wetlands of Alicante (AHSA) values ​​the colony positively, which according to AHSA could exceed 300 breeding pairs, since the only localities where it breeds in the Valencian Community: Albufera de Valencia and the Marjal del Moro, have suffered a significant setback in the last two years, losing half of the more than 1,000 breeding pairs that nested until 2019.

On May 13 at 7:30 p.m. at the Virgen del Carmen Cultural Centre will host a Special Mother’s Day Concert by the Youth Band of the Torrevejense Musical Union, under the direction of Adrián Vallejos. Admission will be free by invitation, which can be picked up at the UMT Headquarters in the Palacio de la Música – First floor.

From today, the Virgen del Carmen Cultural Centre will host the exhibition “Todos somos Uno” by the Municipal School of Painting of Torrevieja.

The exhibition is made up of works by 37 students from the school under the supervision of their teacher and artist Mar García Torregrosa. Inside the exhibition are some 1,300 pieces, all different, including recycling cardboard that has been donated by a water factory in the manufacture of boxes for distribution.

This exhibition stands out for working with recyclable elements, giving the idea of ​​taking care of our environment, our spaces, of seeing what we step on, of looking beyond what we have in front of our eyes, and of observing every corner.

A motorcyclist has been injured after suffering an accident in the Cabo Roig area of Orihuela, as reported by the Emergency Information and Coordination Centre (CICU). The incident occurred yesterday at around 7:30 p.m. A paramedic ambulance assisted the motorcyclist before he was transferred to the Torrevieja Hospital due to multiple injuries.

The Local Police of Crevillente now has a drone unit with the acquisition of two state-of-the-art devices. They will serve to support tasks such as the search and rescue of people in the natural environment, control large concentrations and implement new possibilities in terms of security in the face of any persecution or intervention in a neighbourhood, they say.

Guardia Civil officers attached to Alicante-Elche Airport have intercepted a package from Mexico in which there were 41 grams of the drug known as ‘molecule of God’ , which is a psychoactive compound Hallucinogen that can be found naturally in the skin of a specific type of toad and whose consumption is very dangerous since it causes alterations in the heart rhythm that can lead to the death of the person who consumes it.

The substance was hidden inside some decorative objects to burn aromatic substances. It was in several small transparent plastic wrappers, pretending that it was crystallized incense. In an investigation carried out with the collaboration of the Tax Agency of the Customs area, it was determined that the recipient of the package was a resident of the Alicante town of Monóvar, who has been arrested. 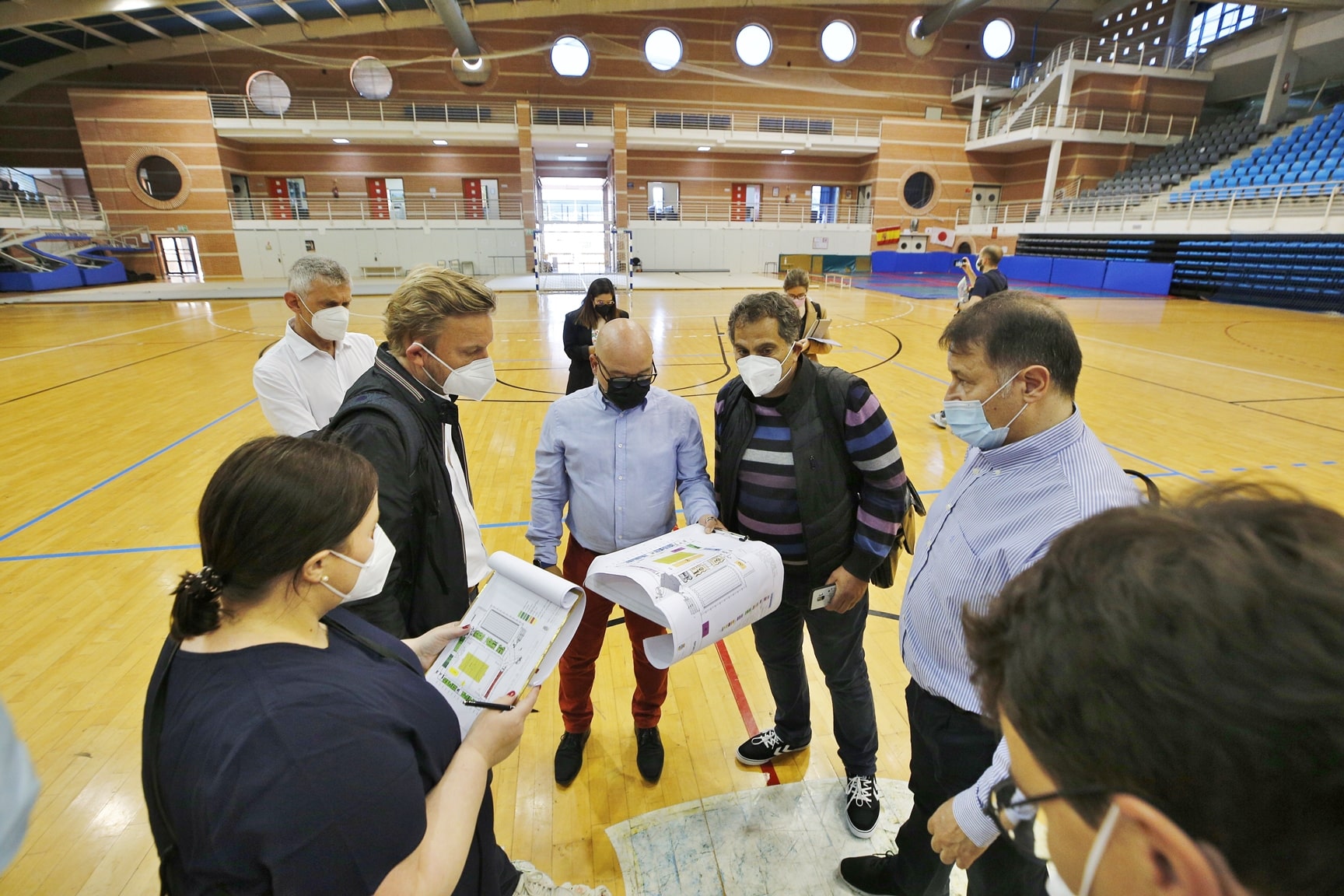 A delegation from the International Handball Federation (IHF) visited the facilities of the Palacio de los Deportes in Torrevieja that will host the Women’s Handball World Cup in December. The councillor for sports, Diana Box and the director general of works and services, Víctor Costa, received the members of the group led by Assem Elsaadany, IHF technical manager.

The ninth edition of the International Open-Spanish Spring Youth, Junior and Absolute Championship of Rescue and Lifeguard that will take place this weekend in the municipal swimming pool in Torrevieja has broken the attendance record with 41 Spanish clubs and 238 participants. By Autonomous Communities, Valencia is the one that contributes the most participants, with 62 athletes.

Dehesa de Campoamor will host the VIII Triathlon ‘Playas de Orihuela’ this Sunday. The maximum number of participants will be limited to 200 triathletes for the federated test and 100 for the Autonomous University Championship. The route consists of a first 750-metre swimming segment, continuing with a second 20-kilometre bicycle race segment and ends with a 5-kilometre run.