A fire devastated twenty hectares of the Natural Park of the Laguna de Torrevieja on the Costa Blanca on Saturday afternoon.

It broke out just before 5pm very close to the Lagosal and las Torretas urbanisation where it affected salt marsh and reed vegetation on the northeast shore of the Torrevieja lagoon.

As thick, black smoke billowed into the sky the high winds fanned the blaze toward the edge of the Natural Park area where many British ex-pats live. Gusts of 40 kilometres an hour made extinction tasks difficult as the flames spread north towards El Limonar and La Siesta. 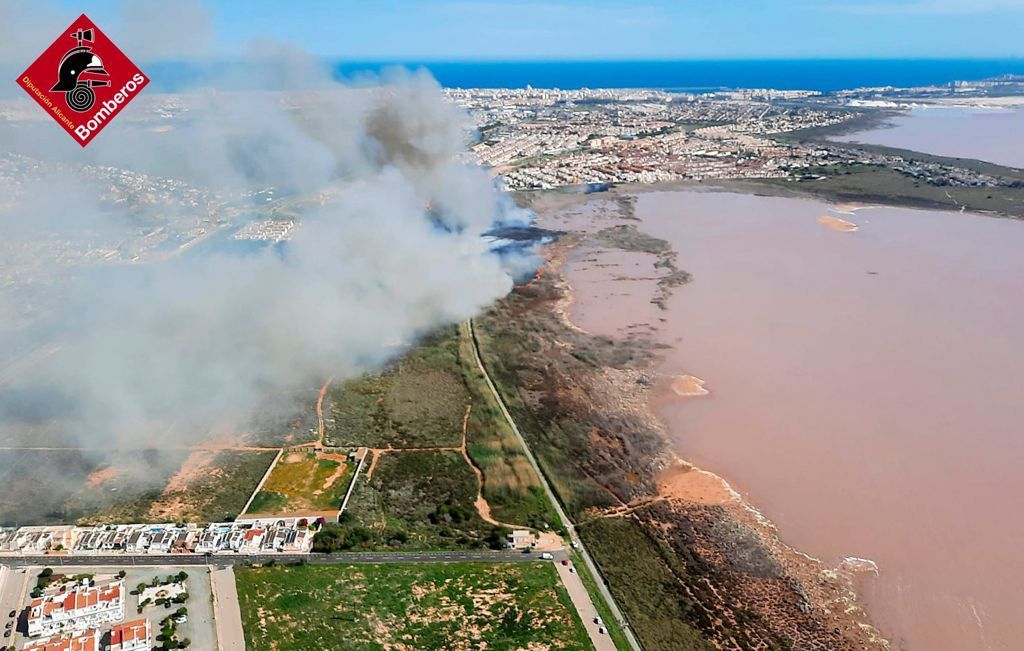 Residents took to the streets to offer their help, but were held back by the security forces as the authorities arrived onto the scene and took control.

“All available means were used to try to put out the fire,” said a spokesman from the Torrevieja Emergencies Department which included firefighters from from Torrevieja, Almoradi and Elche as well as forest firefighters from Xixona, Guardamar and La Torre de les Maçanes

Local Police, Civil Guard, Civil Protection, and a total of six seaplanes and helicopters were also active in fighting the raging fire that continued early into the night. 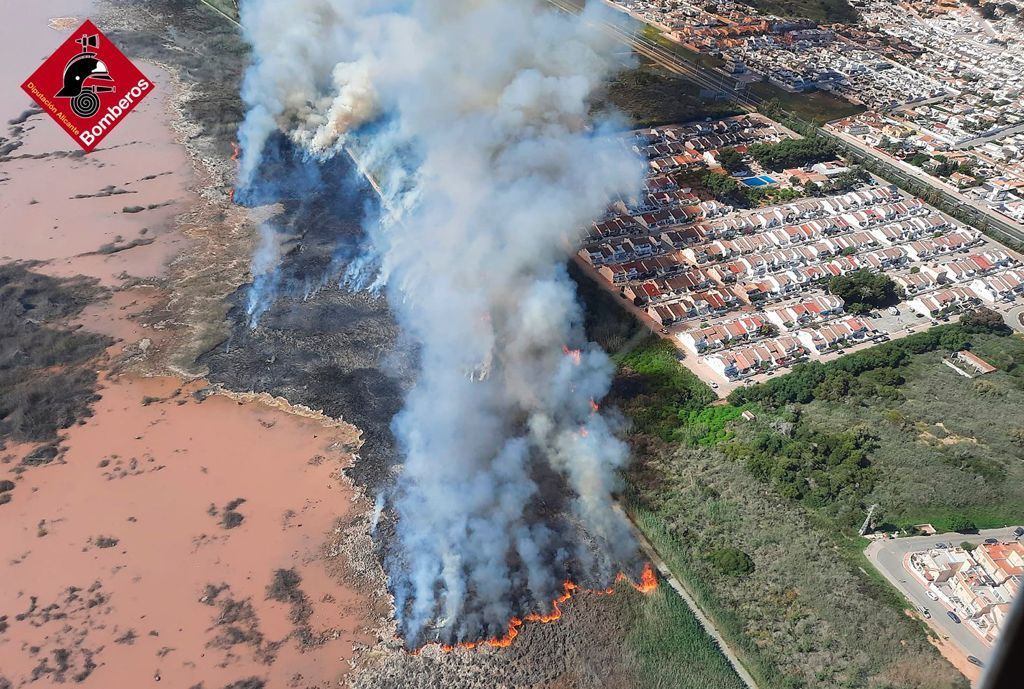 The Generalitat Disaster and Emergency group activated ‘Situation 1’ of the Forest Fire Emergency Plan, the highest level of emergency,  “due to the danger of the fire posing a serious danger to a large number of houses,” according to the Provincial Consortium.

The fire also affected much of the lagoon’s wildlife including many scattered avocet and stork nests.

At first glance, according to eyewitnesses, up to three different sources of the fire could be seen, which could be indicative of an intentional fire. 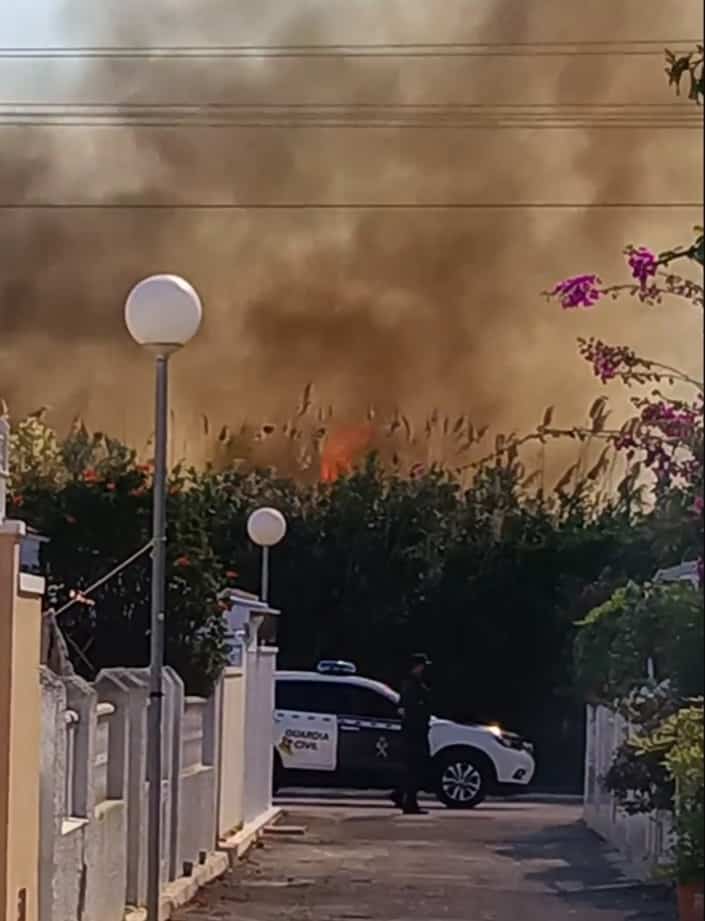