A lightning thunderbolt strike caused a fire in a high-rise building in Benidorm on April 25 as storms swept across the Costa Blanca that lead to fears of a potential gas explosion occurring.

The building with 26 floors and 86 metres high was hit at the height of the storms – as lightning swept across the night sky.

Fire engines and firefighters raced to the scene after a fire broke out on the roof of the Balcón de Poniente Building – Torre II, located at Avenida Uruguay nº11 in Benidorm.  Provincial firefighters based in the Benidorm Park attended to the incident with three vehicles along with the local Police of Benidorm in what was deemed an emergency operation.

A fire brigade spokesman said: “Upon arrival at the site, the emergency services verified that the fire was located on the twenty-sixth floor roof of the building.

“The fire was affecting a battery of individual gas meters, and immediately the Fire Department, in close collaboration with the Local Police officers, quickly controlled the fire.”

There were no casualties in the incident. 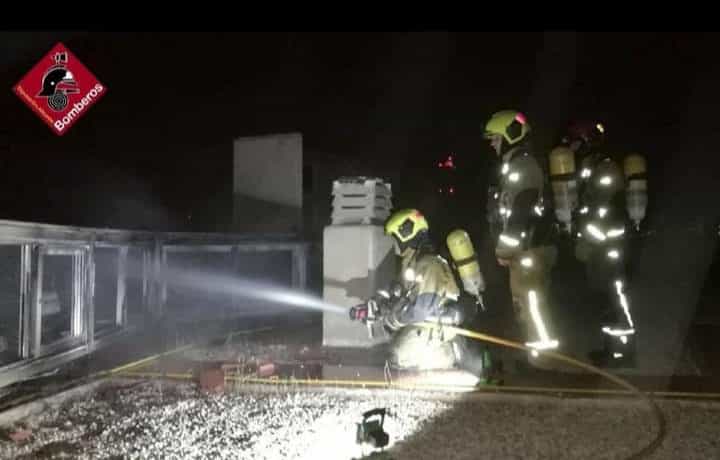