The Annual General Meeting of the Royal British Legion, Spain District North, took place last week and, in keeping with the current situation, it was held remotely by videoconference.

Attended by almost 30 members and guests, including Her Majesty’s Ambassador to Spain and Andorra, Hugh Elliott, the event provided the opportunity to round up the year’s activities, with reports on the District’s financial affairs, it’s welfare operation in the wake of the coronavirus pandemic and of course a statement on the annual fundraising endeavours of the Poppy Appeal. 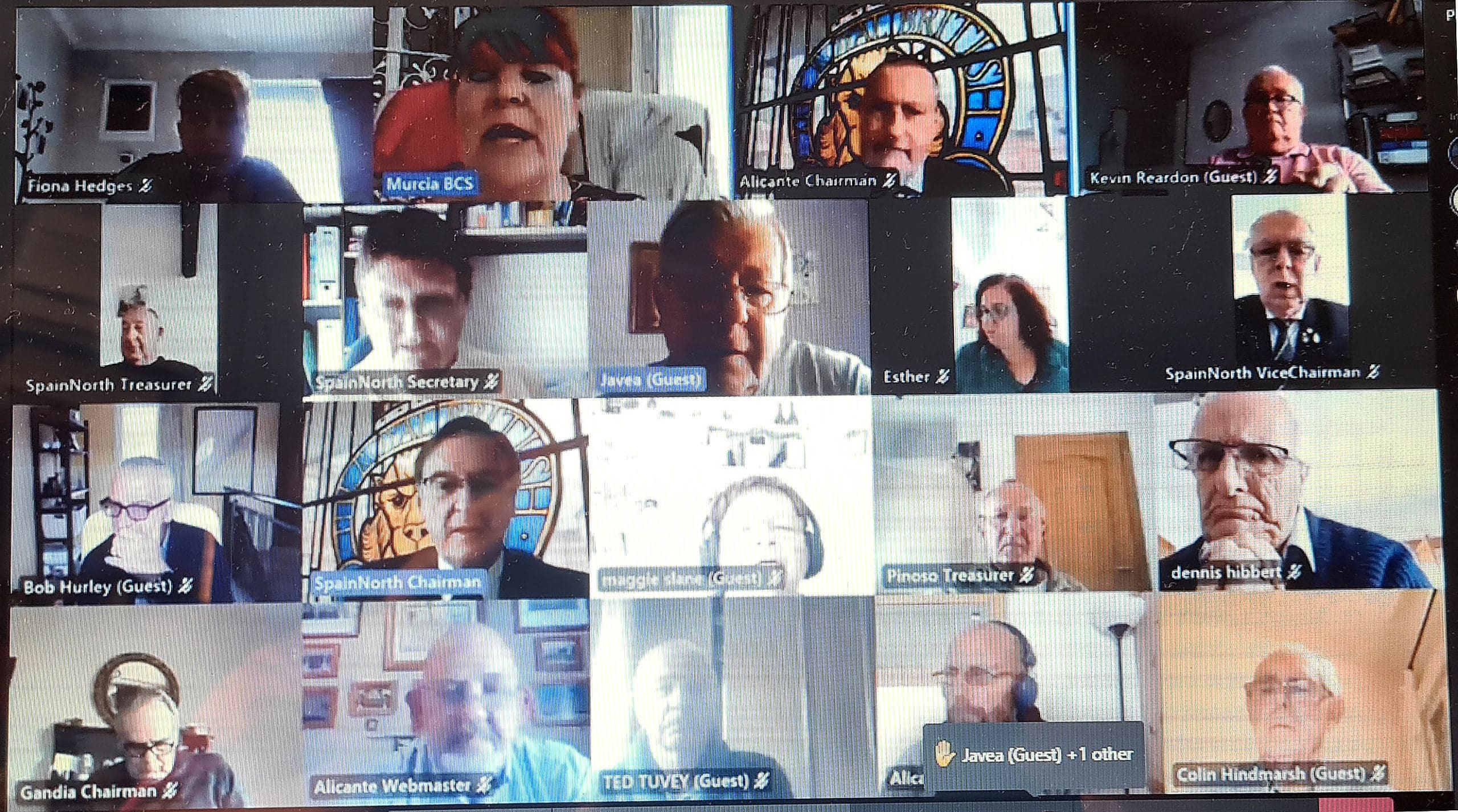 The meeting also provided an opportunity to thank those many dozens of volunteers who have supported both the District, it’s members and the much wider community during an extremely difficult year.

Chairman Don Cubbon, formally opened the meeting, providing a short welcome, followed by the remembrance of those who had passed, after which he introduced Her Majesty’s Ambassador, Hugh Elliot.

The Ambassador spoke of his pride in his appointment as RBL Patron in Spain, promising to be an active participant in District activities during his tenure of office.

The Membership Council Member and Overseas representative, Bob Chambers, joined the meeting from Antwerp in Belgium. He discussed the upcoming centenary celebrations and the RBL Annual conference, scheduled for later in the year. There were also brief reports from the Overseas Manager, Kate Green, and Kayleigh Harris, who had joined the meeting from UK.

Following a detailed report from the Chairman, in which he thanked his committee and District branches for their tireless efforts during the last 12 months, it was the turn of the Welfare Coordinator, Pam Twissell-Cross, to praise the endeavours of her team of caseworkers who, during a difficult year, had travelled the length and breadth of the District providing support to those many people in need.

Poppy Appeal Coordinator Jack Kemp announced that the District had raised €85.983 from the Annual Appeal. He said that he was absolutely delighted that the community had been able to raise such a marvellous amount, in a year that had seen movement so severely curtailed.

Business then turned to the annual awards, accolades to those supporters, members and branches that had provided exceptional service.

First to be presented was The Chairman’s Bugle, awarded to the Branch which has made the greatest advances in furthering the aims and objectives of the Legion.  Winner was the Alicante Branch.

The Recruiting Kukri was next, awarded to the Branch with the largest membership increase. Again, the recipient was the Alicante Branch.

The Fallen Hero Award, to the branch showing the highest percentage increase in Poppy Appeal collection per member went to the Zurgena Branch.

Liz and Mike Gaffney received a citation for setting up the Branch Community Support Group, while Alicante Welfare worker, Beatriz Lara, received her citation for her tireless work with beneficiaries and the statutory organisations in Spain, to help access Spanish funds and services, as well as support.

Finally, there was an award to the UK based Overseas Support team from the district as a whole to give special recognition and as a way of saying thank you for their outstanding efforts.