The Civil Guard has broken up a major criminal gang dedicated to drug trafficking that operated in the Vega Baja.

Five marijuana plantations have been located in homes previously occupied by the gang together with large amounts of money, high-end vehicles and other luxury items, said to be worth approximately half a million euros.

When carrying out their inspection of the house, the agents suspected that it had been used for the cultivation of marijuana. Investigations began and soon their suspicions were confirmed. There followed a complex enquiry that lasted several months, due to the scrupulous way in which the gang operated.

They found unoccupied homes across the Vega Baja, large houses, with several floors, with vast outdoor space and a swimming pool. They issued a false rental contract, using foreign identities, which they also used to register supplies. Once they settled in, they made renovations for their own comfort and for the cultivation of the marijuana.

The two leaders, men aged 23 and 28, were the connecting link for the rest of the group. They were in charge of the logistics. They directed the supply of material and it’s assembly and supervised the farms. The rest of the gang carried out the gardening and custody of the plantations. Those most trusted would transport the gathered marijuana, which was packaged and distributed within the national territory.

They slept in a permanent state of watch. They had contracted alarm and video surveillance services, and they kept all kinds of weapons on a nightstand so that they would not be caught by surprise. They also had rooms equipped as a gym to keep in good condition. In each house, there were a number of dangerous breed dogs. 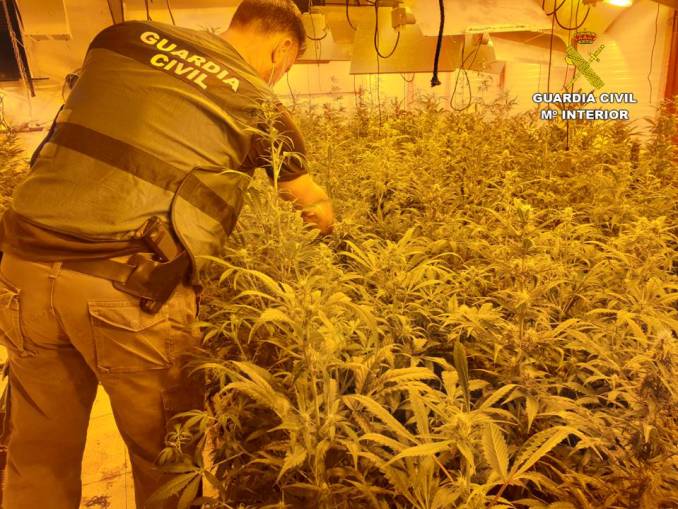 Another characteristic of the group was the taste for the exquisite. Hundreds of bottles of champagne from a top brand were found in the refrigerators, countertops, bottle racks and cabinets in the kitchens of the ringleaders’ homes. Their wardrobes were packed with designer clothes and jewellery. The decoration of the houses was very ostentatious adorned with photos of various meetings in restaurants and luxury hotels.

A total of eight raids were made in the towns of San Miguel de Salinas, Rojales and Orihuela Costa, in which five marijuana plantations were located. Each one of the plantations housed around six hundred plants. In three of the houses, there were also young babies between 2 and 22 months of age.

The total of the drugs seized during the operation was: 2,953 mature marijuana plants, 1,628 grams of buds already packed for distribution, as well as various doses of cocaine, MDMA and hash oil for the band’s own consumption. The black market value of the seized marijuana was approximately 60,000 euros. 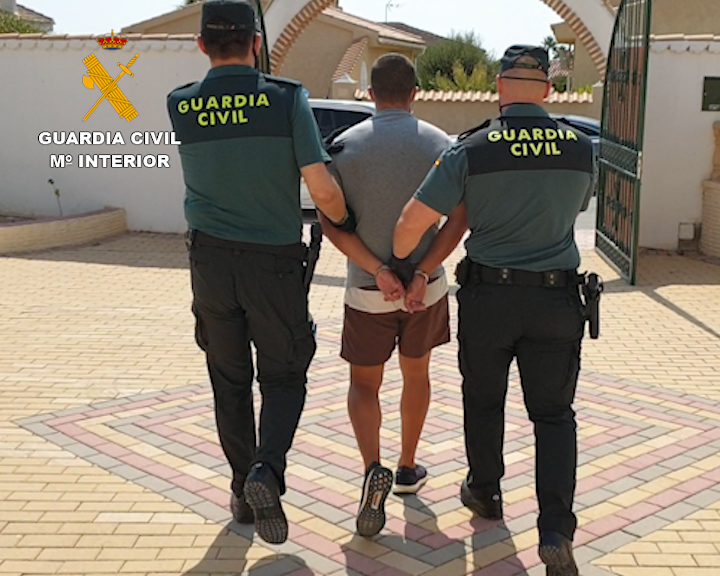 The leaders of the band enjoyed a high standard of living, spending more than 2,000 euros in a single night on bottles of a well-known brand of champagne.

45,000 euros was found in cash along with 4,000 GBP; five high-end passenger cars; two vans that were used to transport equipment for the assembly of the plantations and the collected marijuana; two jet skis; a boat; various mobile phones; a micro phone; a blank pistol; two electric taser guns; a katana; a machete; and numerous high jewellery watches from a luxury brand.

The value of all the confiscated effects exceeds half a million euros.

Twelve people of Spanish, Cuban and Colombian origin, have now been arrested all of between 21 and 51 years of age. Of the detainees, eight are men and four are women.

They are charged with crimes of drug trafficking, illegal possession of weapons, usurpation of housing, falsification of documents, electricity fraud, criminal damage and belonging to a criminal organization.

Seven of them have been detained without bail while the other five have been released pending further investigations.