Pilar de la Horadada will pay 3 million euros to the builder of the controversial cultural centre “La Paloma”. It is an agreement that will save the municipality 1.2 million euros, according to the PP government team, as the company will now withdraw from a second judicial proceeding it had opened against the City Council.

The agreement involves paying less but paying earlier. Instead of paying 4.2 million euros, if the second legal claim is upheld, a payment of 3 million will be made this year.

The Council will now pay Urdemasa and Terrestrial Infrastructure three million euros, with a first payment in September, and the second, with costs and interest in December.

Mayor José María Pérez Sánchez said that he considers that with this agreement the “controversial judicial matter has now been settled after 19 years, and that it will save the Pilareños 1.2 million euros.”

The municipality has spent 3.6 million euros on La Paloma cultural centre from 2001, including the demolition of part of the structure that was in danger of collapse and now, having agreed a final settlement of a further 3 million the total loss on the project to the council will be 6.6 million euro. 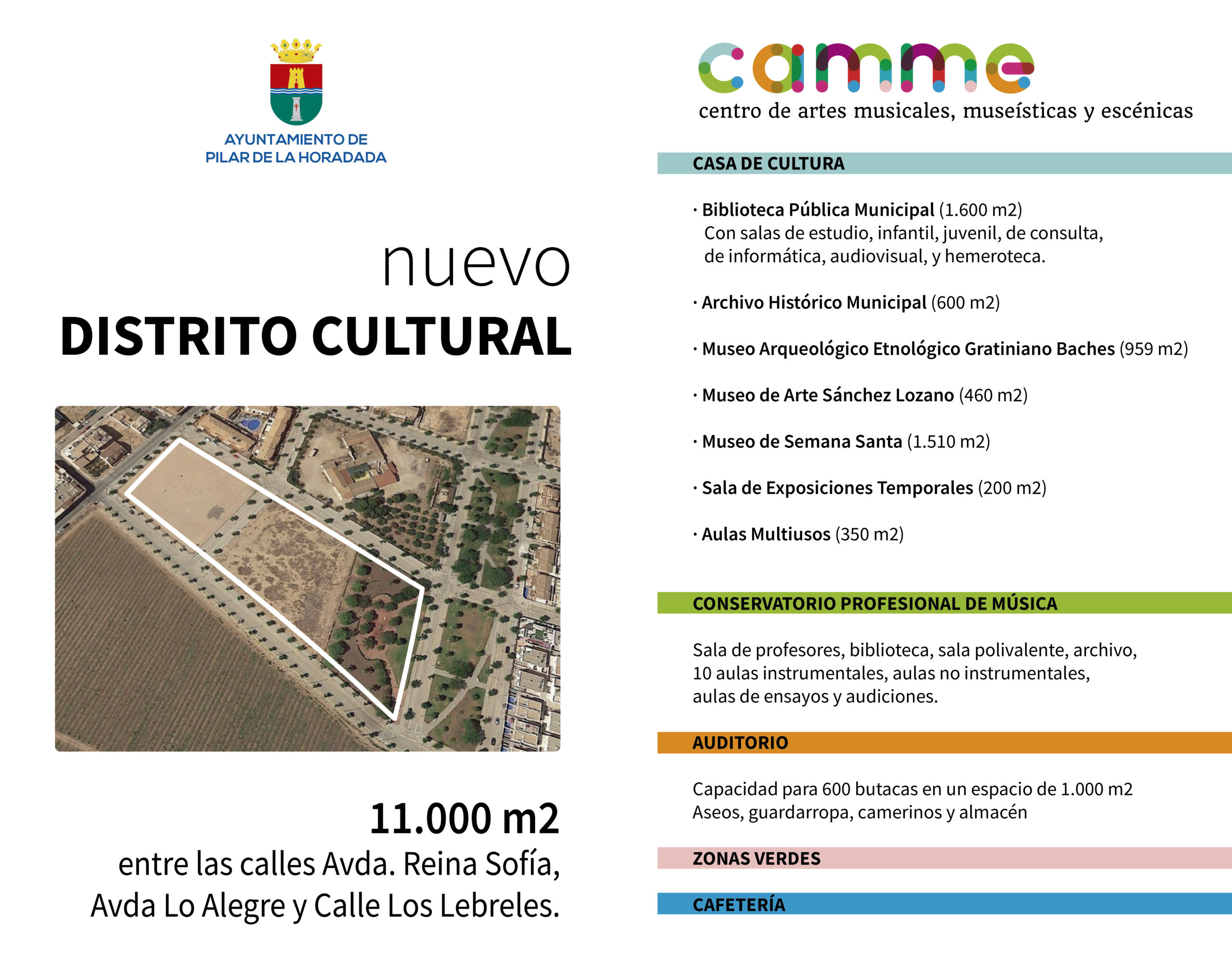 Now, the PP council is waiting for the conclusions of a feasibility study on the current building to assess what it does next with the infrastructure: whether it is completely demolished it or if it can be modified, allowing it to be put to public use, which would require a new project and another investment, although not as a cultural centre which is currently the subject of an ambitious new project as a “cultural district,” planned on an initial 11,000-square-meter plot located between la avenida Reina Sofía, and la avenida de Lo Alegre, a few metres from the N-332, on a main access road into the municipality.

The new centre will comprise of 3 separate buildings which will include a 600 seat auditorium, a library, museum with multi-purpose classrooms and a music conservatory. There will also be green recreation areas and a cafeteria.