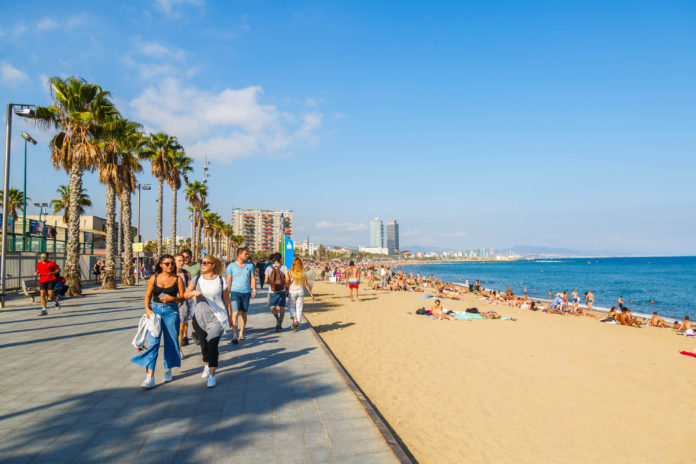 A mother of two has cancelled her £700 week holiday visit to Spain, due to COVID-19 regulations surrounding 14 days isolation, under both the UK and Spain governments’ regulations.

“We booked to fly to Barcelona from Manchester on June 26 – for a week,” said Nikkie Riley, who booked, via On The Beach.

“Travel website ‘On The Beach’ say it can’t be cancelled – the hotel is still open – so I won’t get my money back.

“And Ryanair said the flight is going ahead – as usual,” said Nikkie, from Miles Platting, north east Manchester, who paid a total of £700 for a week’s holiday and flights, for herself and two teenagers.

According to Nikkie, Ryanair have refused a refund, or a voucher: “I can’t even have a voucher – a free change of date – or a refund. Surely the flight won’t be going ahead?,” she said.

The UK government has warned against all but essential travel, amid Covid-19. International arrivals entering Spain are required to self-isolate in their residence or a hotel for 14 days.

Nikkie says she contacted both Ryanair and On The Beach to ask if her flights and accommodation could be refunded – or rescheduled to a later date in 2021.

On The Beach holds Nikkie’s accommodation booking, saying a refund or re-scheduling of the stay won’t be possible, because the hotel is still open.

“I’ve been told flat out that flights are still going ahead – you can’t have your money back. Even though we’re not allowed to travel,” she said.

The Foreign and Commonwealth Office is currently advising British nationals against all but essential international travel.

“From May 15, all new international arrivals entering Spain, including Spanish nationals and residents, will be required to self-isolate in their residence or hotel for a period of 14 days,” states the government website.

“Only green residency certificates will be accepted as proof of residency in Spain and British travellers who are not resident and/or not in possession of this certificate should not attempt to enter the country.”

Only Spanish citizens, those who are legally resident in Spain, frontier workers or those who can prove they need to enter Spain for essential reasons, will be allowed to enter the country.

IF I KNEW YOU WERE COMING I’D HAVE BAKED A CAKE  – The Alex Higgins story by Andrew Atkinson. Pre-order a Limited Edition copy £12 (+P&P) email: lancashiremedia@gmail.com