Despite spending just one season as the boss of FC Barcelona , Sir Bobby Robson left his mark on Barcelona’s history, and titles.

He took over the team after Johan Cruyff and had the challenge of relaunching Barcelona following the “Dream Team” era, and he did it in some syle.

In the 1996-97 season, Robson achieved three major titles: The European Cup Winners’ Cup, Copa del Rey and The Spanish Super Cup. The only competition he missed out on was La Liga in which Barca finished as runners up, just 2 pts adrift of rivals Real Madrid.

It is the sign of a true footballing great when they are revered long after they have departed this world. Sir Bobby is just one of a handful, lauded as one of the everlasting godfathers of the modern game.

And last Wednesday in the Catalan capital Barça TV dedicated a full day to celebrating the legacy that he left behind at the club.

Robson, who had Mourinho as an assistant, joined Barcelona from Dutch side PSV. At the time I was posted to Bracht, an ammunition Depot on the German/Dutch border, where I was heavily involved in BAOR Football.

Eindhoven was a couple of hours away and on a visit to the ground I bumped into the great man himself. He insisted on showing me around, he was very proud of his achievements at PSV, and there began a friendship that lasted for many years.

Most Wednesday afternoon’s would be spent playing golf with him at RAF Bruggen. His regular trips to Bruggen served two purposes and I was never sure which one took priority. Obviously there was the relaxing afternoon of social golf but it was also on that day that he would pick up a ‘Match of the Day’ video that I had recorded for him on the previous Saturday evening. In those days there was no satellite TV so Bobby relied on his weekly video to get his English football ‘fix’.

One of the key signings that Robson made during his tenure at Barcelona was that of Ronaldo, who was influential in Bobby’s season. It was also that season when Robson himself was voted European Manager of the Year, while Ronaldo said, “as a trainer without doubt, he is one of the greatest in the world”.

By that time, the young Brazilian striker who had reunited with Robson at Barca, following their time together at PSV, had consolidated himself in the Catalan capital as one of the best strikers in the world, and Barça began to make history.

In addition to Ronaldo, there were other great players, like Luis Enrique, Giovanni, Stoichkov, De la Peña, Figo and the excellent Pizzi, the central character in that historic Barça comeback against Atlético de Madrid 5-4 at the Camp Nou in the return leg of the quarter-finals of the Copa del Rey. 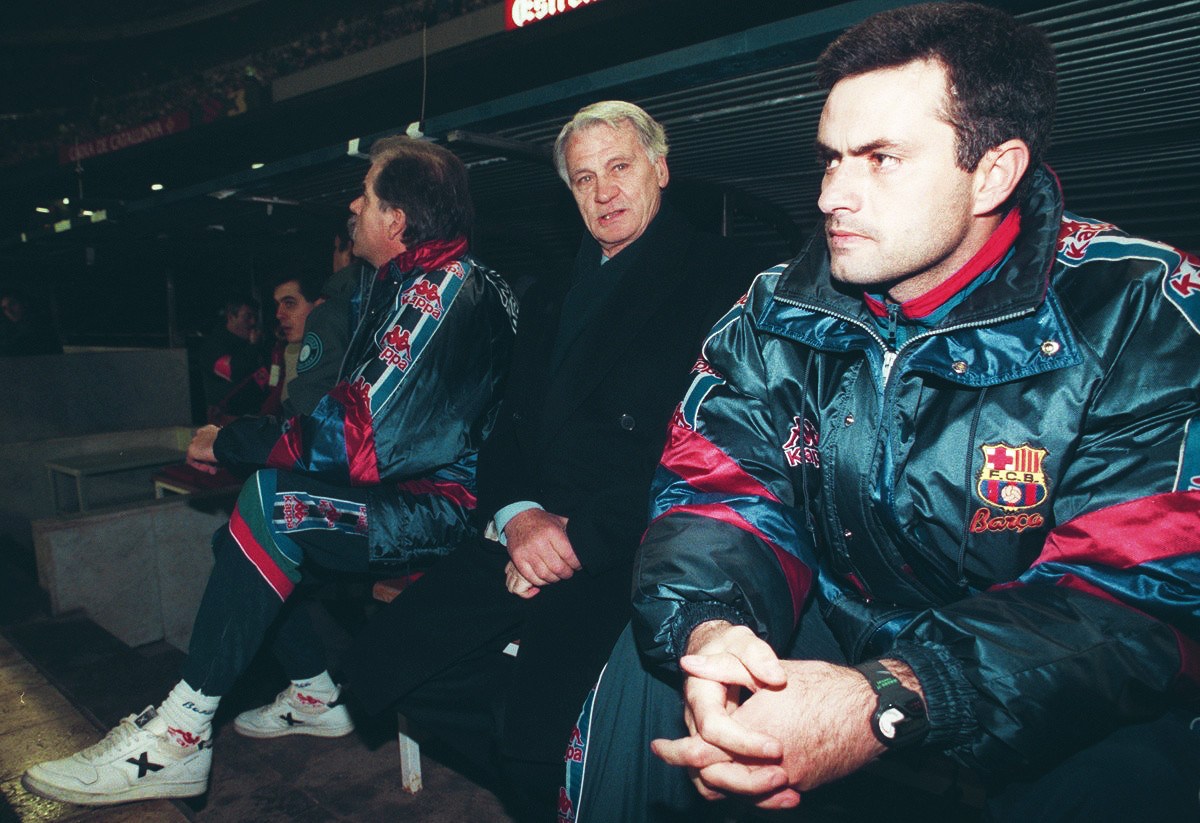 The Madrid-based team had taken a 0-3 lead only to see the Blaugrana battle back to a 5-4 victory. During half time, Robson simply told his men: “Look at the jerseys you have on and the badge you carry.”

The second half saw the Blaugrana unfurl their artillery as they took the game to Atlético with everything they had. The Camp Nou erupted as, in the 82nd minute, Pizzi, sealed Barça’s comeback win. Robson, the master tactician, with Mourinho by his side, had turned the game around.

Perhaps that’s why the last word should go to the Spurs manager Mourinho, his most cherished of disciples: “Bobby Robson is one of those people who will never die, not just for what he did in his career but for everything that he gave to those who, like me, were lucky to know him and walk by his side.”