At the end of March, according to figures released by the Valencian Department of Health, there were 2,400 healthcare professionals in quarantine and a further 892 confirmed with the coronavirus.

Shown below is the list in the Valencian Community, by facility and town.

What is not known is the breakdown between doctors and nursing staff.

Attention is drawn to the large number of infected staff in the Alicante General Hospital, which is practically double that of the next worst facility. 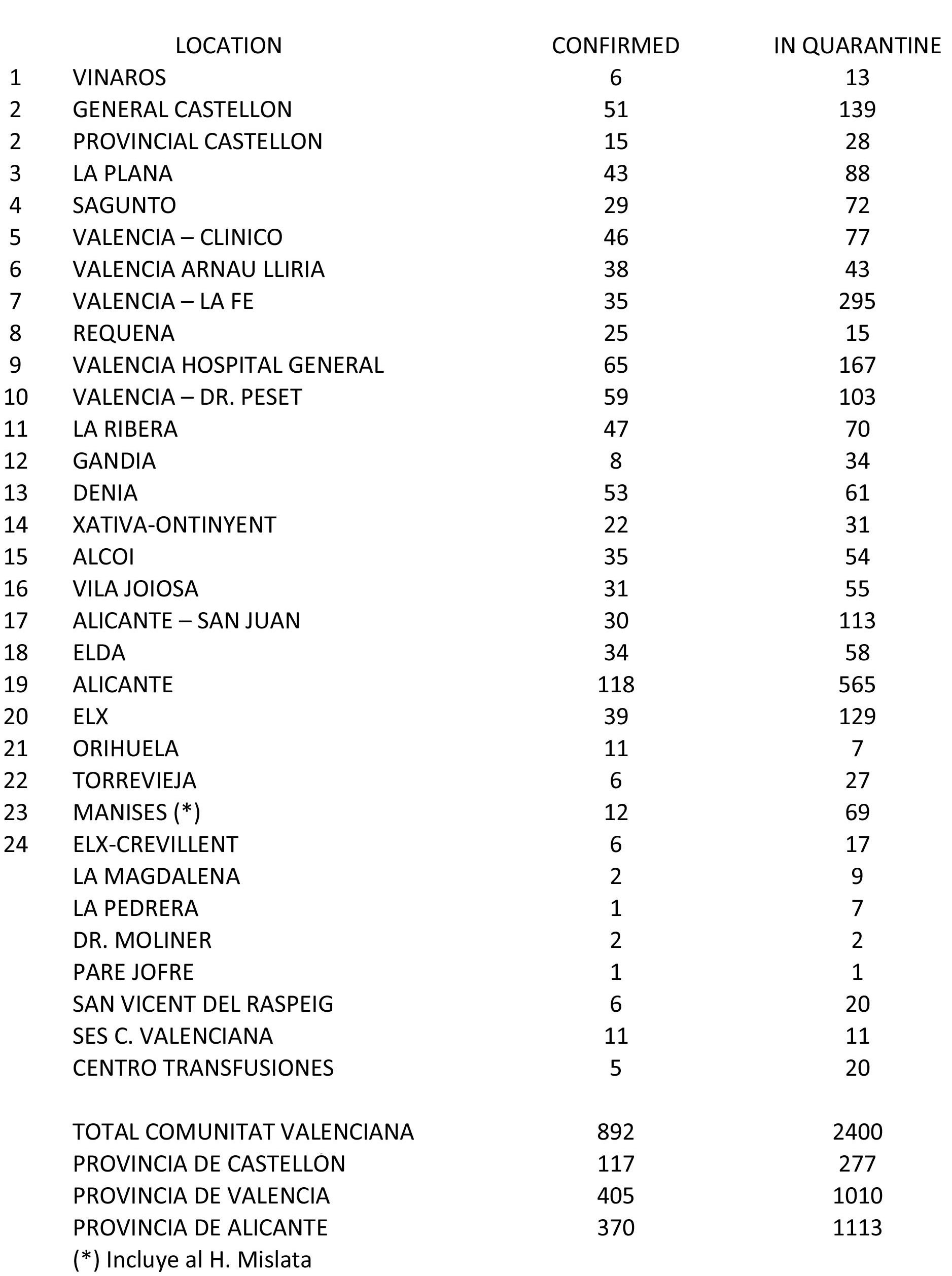