You would have to conclude that ‘back in the day’ (as a good friend of mine always says) we weren’t all that smart. Based on the evidence, it took us an awful lot longer to learn anything, as against the whizz-kids of today. Back then, an apprentice – any sort of an apprentice, took years of training before becoming a fully-fledged whatever. Some apprenticeships had to be served for as long as seven years – but five was the norm.

My working career was launched as an apprentice barman.

I am told that block layers, plasters, carpenters and bar staff don’t take nearly as long to train these days? Obviously my generation has produced smarter offspring? Or could it be that trainees are not as persecuted anymore?

As for me, having given the matter my upmost consideration since this morning … in all humility, I have to admit that I never progressed past the rank of ‘improver.’

It took your old apprentice a long time before he would be allowed near anything resembling a tool … or God forbid, a Guinness pump! He or she would commence the apprenticeship on the lowest rung of the ladder as everyone else’s ‘gofor’. (Go for this … go for that) or as we called them in Canada, a ‘jigaboo.’

A hard-working ‘gofor’, who kept their head down and didn’t ‘answer back’, could aspire to moving to the next rung of the ladder after two years. Your ambitious trainee was now an ‘improver’ with all the added status that entailed – and even a small weekly wage!

On my daily walk this morning, with nothing in or on my mind (now … now, lads!) for some reason the word ‘improver’ entered my subconscious. It was like a blast from the past and over the course of the next two miles the realisation came to me that we are all ‘improvers’ for all of our lives. We are constantly learning from others and from our own mistakes. There is something new to be learned every day – something which can improve our lives.

A mine I worked with in Canada was hiring one day. Near the end, this youngish Nova Scotian, with a bit of a swagger sat down in front of the crusty old mine-captain.. This is how the first four lines of the conversation went – and I leave it to yourself to ascertain who is who! ‘What do you know – what can you do?’ ‘I know mining, and I can do everything under that head-frame.’ ‘Spare me, Son; I have been mining for forty years – and I still don’t know everything.’ ‘Same in Nova Scotia … some guys never learn ..!!’ He got the job and a rare smile from the captain!

Like I say, most of us are destined to live our lives as ‘improvers’ and this is the best place to be. My neighbour, Michael O’Leary, Ireland’s greatest businessman, is an ‘improver’. He didn’t start Ryanair. Tony Ryan founded Ryanair and hired O’Leary. Even after taking the company to previously unimaginable heights (no pun intended) Michael always gave Tony the credit for starting Ryanair and giving him his chance to be an ‘improver.’

I purchased Mullingar Squash Centre in 1989, when it was on a downward curve. Thanks to a team of wonderful staff and various committees, we developed the centre into the best of its kind in the country. But I never forgot that I was not the founder of Mullingar Squash Club. That honour belongs to Michael Fallon, founder of the club and the man who did the heavy lifting so that I could be a good ‘improver.’ I gave Michael’s portrait pride of place on the clubhouse wall.

Pamela and I founded a very successful Irish pub in Spain – but we never claimed to have invented the Irish pub! I just built a simple pub and applied an original name to it. We set about doing the simple things better than anyone else and that is why ‘Paddy’s Point’ took off.

I did very little that was original. We picked up tips and ideas in our work and travels around the world; never forgetting that the most important factor was to be nice to people. I was never anything but an ‘improver’ – and happily for ‘Paddy’s Point’ we were followed by ‘improvers’ as well!

So you see, dear readers; like that old mine captain of long ago, most of us have to bow to the fact that we don’t know everything. We have to be satisfied to stumble through life as ‘improvers.’

At least I believe I was a good ‘improver’! 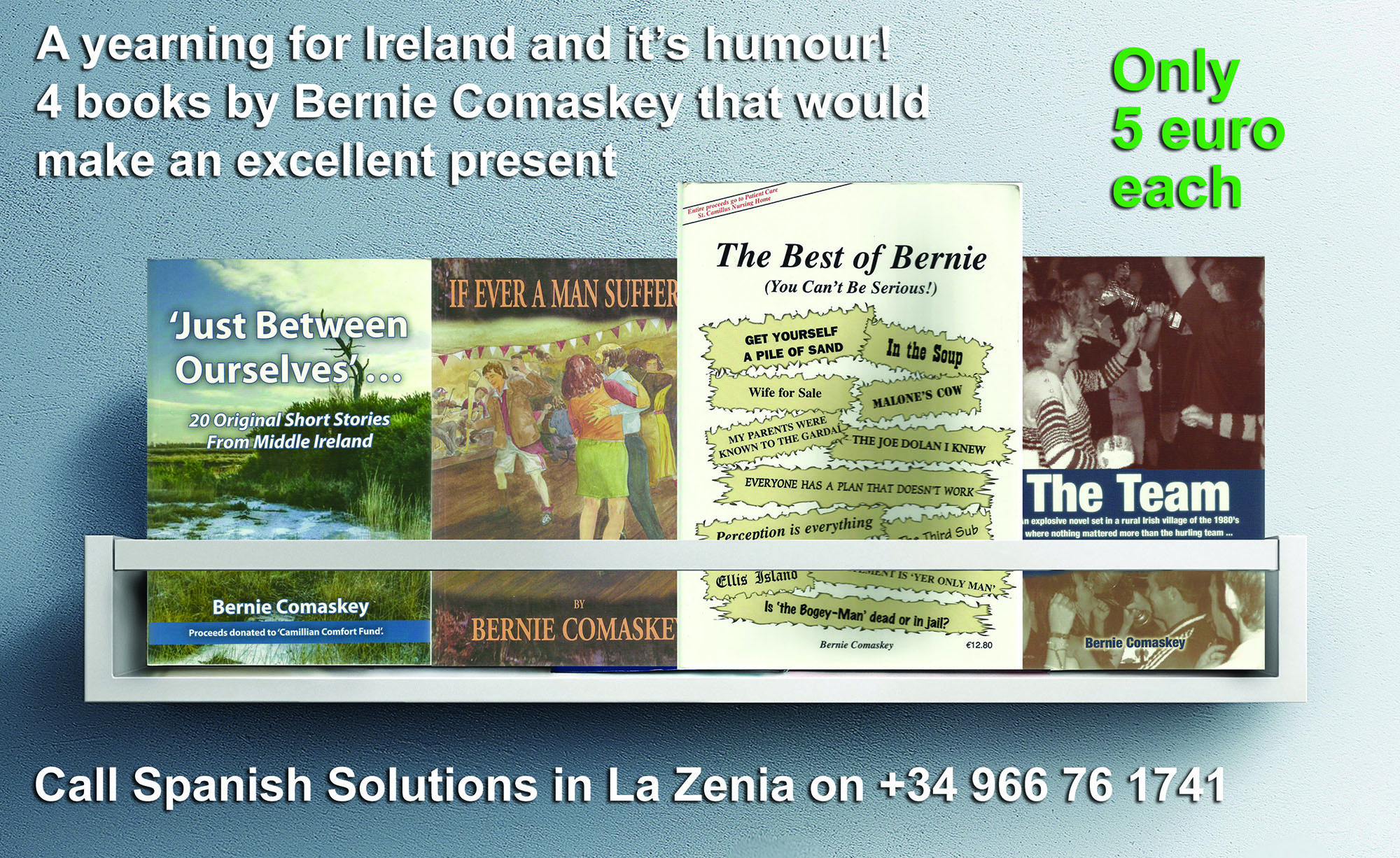