From 16 September to 23 October the British Consulate in Alicante is running a series of pop-ups outside overseas supermarkets in towns across the Alicante and Murcia provinces.

At each pop-up, members of consular staff will be outside the stores to answer questions about Brexit, living in Spain and access to healthcare.

British Consul Sarah-Jane Morris said: “As we approach the date when we will leave the EU, we recognise that British nationals may want to speak to us individually about their concerns and to check if there is anything else they need to do. By going to areas where there are a lot of British nationals, we hope to make this as easy as possible. There is no need to book an appointment. Anyone who wants to speak to someone from the Consulate can come along at any point between 9.30am and 2.30pm.

“If you aren’t able to come and speak to the team in person, do stay up to date with the latest news by signing up for email alerts to the Living in Spain guide on gov.uk and following Brits in Spain on Facebook.” 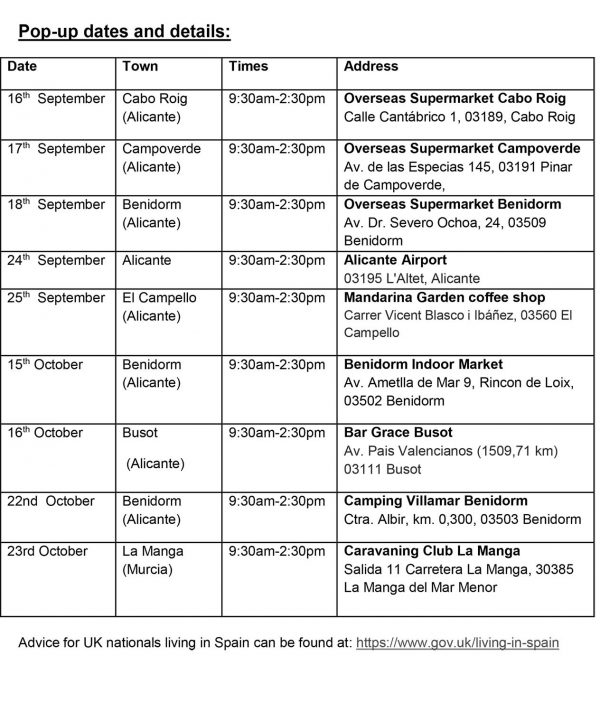