Their performance has been likened more to a scene from ‘Yes Minister’ rather than a well-oiled government machine, the accomplishments during their near 4-year political term of the Orihuela Ayuntamiento, led by Emilio Bascuñana, where It would be a blessing to have someone on the council with an IQ bigger than their shoe size.

In a report issued this week by the Federación de Asociaciones de Orihuela Costa-Alicante (FAOC), they say that we as locals have been voicing the council’s inabilities for years, but sadly our opinions continue to fall on deaf ears. Their focus is on Orihuela City, and idiotic visions of museums for a municipality that simply cannot afford luxuries, because the basic needs are so pathetically inadequate; eg: rubbish, roads, infrastructure.

The report states that rubbish removal in particular is a total disaster on the Orihuela Costa with only pathetic bandaid remedies coming at a very high price for the residents.

So now, as we reach the end of yet another long summer, all we have to show is a multitude of broken promises, with absolutely no improvements to any of the essential services that are necessary to fix the problems we have on the Orihuela Costa.

Hundreds of messages and photographs have been received from residents of the Orihuela Costa through the social networks of the FAOC and it’s Associates, as yet another summer passes. The same problems continue, with some, like waste collection and street cleaning, or the colonies of feral cats that populate so many of the urbanisations, deteriorating from year to year.

This bombardment of messages demonstrate the resident’s disgust, particularly in respect of the deficiencies in the waste collection service, with insufficient containers and masses of waste simply lying on the pavements and alongside the bins, streets that are rarely swept, pruning and items of furniture that lie around for days and often weeks. The situation has even affected the C.C. La Zenia Boulevard, where the perimeter roads and adjacent areas have seen accumulated piles of refuse that have not been cleared up for weeks. 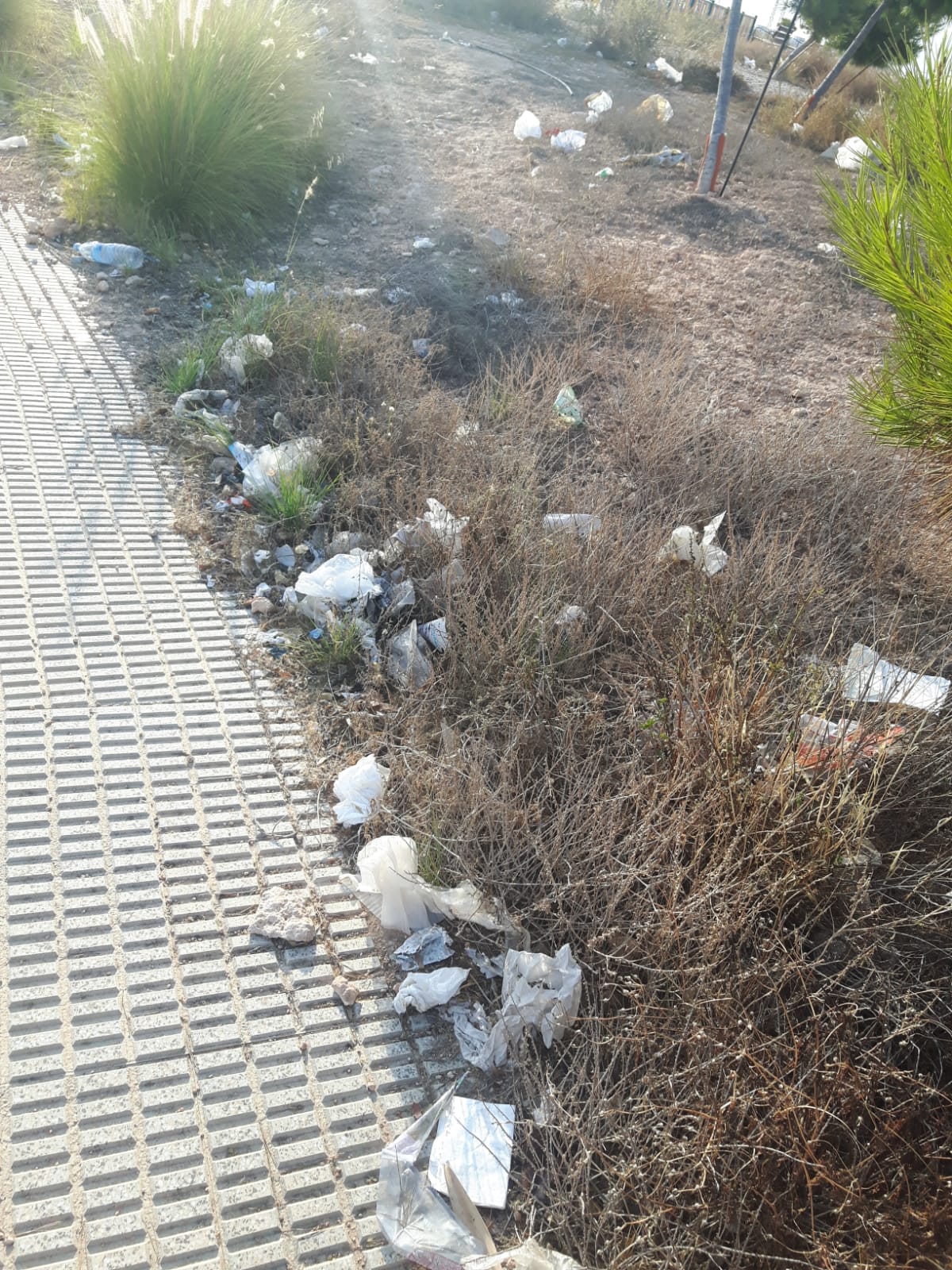 But what is so difficult to understand is how the Department of Street Cleaning and Urban Waste is being managed, as it continues to provide such a poor service, despite having increased its budget by nearly 2 million euros in both of the last budgetary periods.

So many other promises have also been broken by councillors, such as the improvements of the tarmacking and paving, the cleaning of the ramblas and the removal of weeds, the refurbishment of children’s areas, the maintenance of parks and gardens, the improvement of sports areas and basic infrastructure, such as the walkway from La Caleta to Cala Capitán, as well, of course, as the construction of the promised Cultural Centre.

Although some of these measures are now underway, they began with a lot of delay, and they are running very slowly, whilst many others, simply, have not even started.

These serious deficiencies have their origins with the Mayor who simply fails to govern, and who allows the performance of some of his councillors to be more akin to those of Captain Mainwaring’s Home Guard Platoon rather than to a well-coordinated team that acts with efficiency and competence.

The approval of this years’ budgets, delayed by more than 8 months, is proof of even more bad government, where we still don’t see anything in the proposed expenditure that will relieve the deficiencies of many of our services, such as public safety, the renewal of road signs, the improvement of bus stops, etc.

And still for all to see, the appalling exploitation of the coast will continue where, for each euro invested in Orihuela Costa, double the amount will be spent in the city, a distribution of expenditure that we consider extremely unfair, given the lack of resources that our residents continue to suffer.

Finally, but by no means least for the Orihuela Costa, an additional serious problem is the lack of any operational presence by the council here on the Coast, until which, our problems will never be resolved.

Orihuela Costa needs a Department that is situated locally and that is able to deal first hand with the problems that arise in its territory, one that has the executive capacity to make its own decisions and obtain assistance from other agencies when they are necessary.

The Mayor should thoroughly review the functions and powers of this Department if he really wants to improve life for the citizens of the Orihuela Costa. Until he does so we will no doubt continue to be treated as a little more than a ‘cash cow’ for the city.