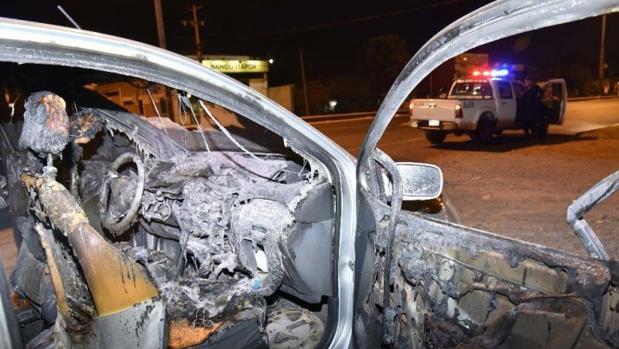 The corpse of a man has been found on Tuesday night inside a car that has been burned out in the a car park belonging to the company Abengoa in Seville.

According to police sources, an emergency call was put through at 22:20 hours to the coordinated emergency centre that warned of a large amount of smoke in the area known as Palmas Altas, near the Quinto Centenario bridge, In the south of the Sevillian capital.

When the firefighters eventually managed to put out the flames they found a charred body strapped into the driver’s seat.

A forensics team immediately attended the scene but at this stage little more is known about the circumstances of the fire or details of the individual who was burnt to death.