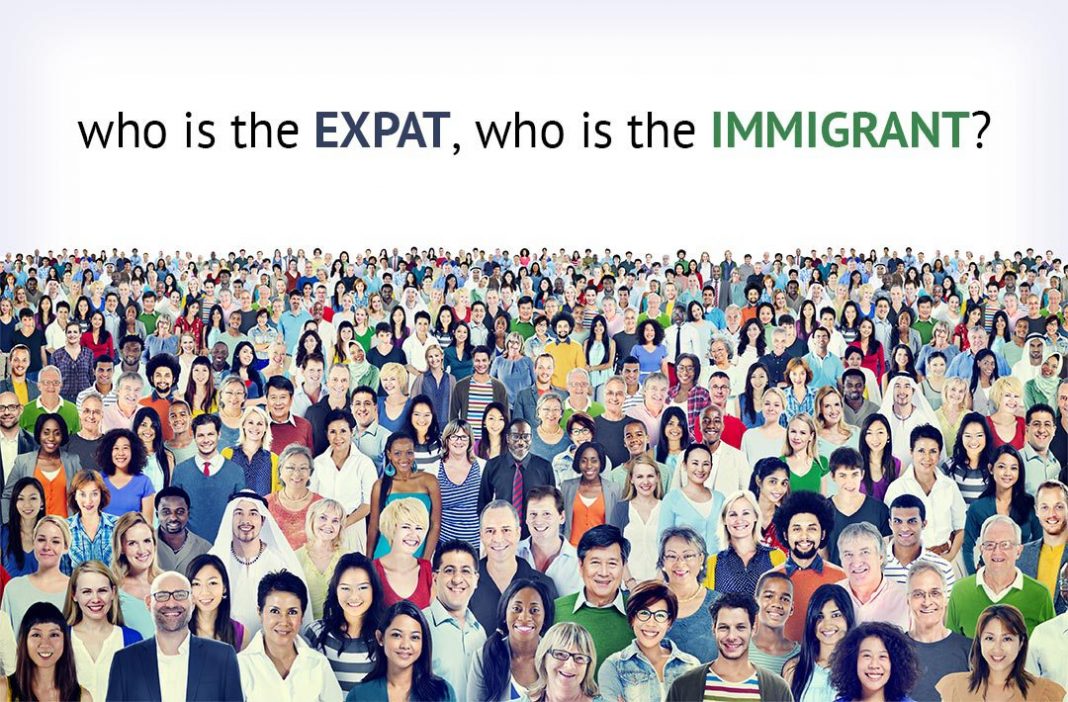 I often think of that throwaway and impatient comment by the author, Shirley Conran, that “life’s too short to stuff a mushroom”. It is a quote that often occurs to me when I am confused, bewildered or reach a dead end in an argument that I am having with myself. I had one of these “mushroom moments” a few days ago.

I’ve been uneasy about using the term ‘expat’ for many years. This confusion and conflict came to a head during the height of the migrant crisis when I began to see more clearly than ever before that there is no real difference between an ‘expat’ and an ‘immigrant’. As I have been writing a series of articles for ‘expats’ for some years, and published a book called ‘Expat Survival’, as well as running a popular website of the same name, it did seem an unnecessary complication and expense to change the title to ‘Immigrant Survival’, and so I left the issue on the ‘back burner’ to stew.

I am well aware that the subject of whether British ‘expats’ living in Spain, France, Italy etc. are expats or ‘immigrants’. Personally, I am very happy to be known as a ‘European Immigrant’, for that is what I guess I am. For me, the term ‘expat’ sounds colonial and temporary, whereas being an ‘immigrant’ sounds as if it is a long-term commitment, or even permanent. However, if we think about it, we are no different to the three million or so European immigrants currently living in the UK, yet we never refer to them as European, Spanish or French expats, do we?

I am aware that a debate over the subject can cause heated arguments over dinner, or drinks in the local ‘expat’ bar. If in doubt as to the true meaning, it is always a good idea to check the Oxford dictionary, which in this case defines an expat “as a person who lives outside their native country”. It stems from the Latin “ex” meaning “out” and “patria” meaning native country. So am I, and others like me, an ‘expat’ or an ‘immigrant’. Personally, I am still confused…

Let us now consider the good people living in Boston, Lincolnshire, which has become a pinnacle of welcome for Polish and Romanian people living in the UK. Do the locals refer to them as ‘expats’ or ‘immigrants’? Personally, I don’t think I have ever heard the community being referred to as anything but ‘immigrants’, so why is it any different for myself and Brits living in the Canary Islands or the Costa Blanca?

By now, readers will probably think that I am being unnecessarily over pedantic about two simple words. No doubt I will also be accused of being ‘politically correct’, but words and definitions do matter, because they link to meaning, understanding and our subsequent attitudes to others. If I use the word ‘expat’, am I referring to well off, and fortunate foreigners who have made a temporary move to a hot and sunny country, only to enjoy sipping gin and tonics on their terraces all day?

I am certainly not referring to refugees from Syria or Africa fleeing for their lives, travelling across stormy seas with little more than the clothes that they are wearing. However, are we not the same? Does it not really all boil down to a question of luck of where we happen to have been born and the opportunities that we have been given in life?

If we accept that immigrants are expats too, maybe it is a question of degree? Expats, in the traditional sense, usually have a choice of whether to return to the country of their birth or to stay in their adopted country, whilst many immigrants simply have no choice over their future.

Instead, maybe the term ‘lucky immigrant’ is a better term to describe those that have a choice in the matter, of moving for the sake of a better job, more money or a better lifestyle. This is in contrast to those immigrants who have no choice, but to attempt to escape poverty and persecution at whatever personal cost.

All this thinking really is hard work on a sunny afternoon, and in the end I am not sure that it matters that much, as the two terms are not mutually exclusive. So, I have decided to continue to use the term ‘expat’, at least for the time being, mainly to avoid having my books reprinted. After all, sometimes life really is just too short to stuff a mushroom.