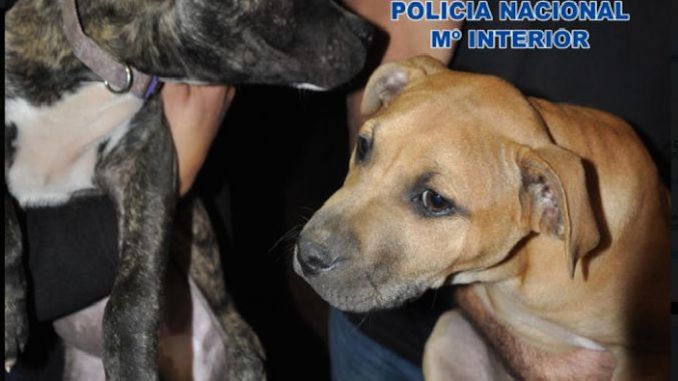 The National Police have arrested five people, aged between 25 and 45, in Almoradí, Rojales and Crevillente, who organised underground fights between dogs of potentially dangerous breeds. This is a macro-operation launched against animal abuse that has been carried out in Madrid, Murcia, Tenerife and Alicante. In the Vega Baja the detentions took place last week.

The operation was carried out by the Environment Group of the Unit of Specialised and Violent Crime (UDEV) of the Judicial Police. The illegal fights were organised by a group that supplied anabolic steroids to the dogs and was financed in part with the traffic of narcotics .

The police confiscated more than 350 marijuana plants and 56 dogs. They also removed about 20,000 euros in cash, a pistol, a revolver, drugs for doping, four high-end cars and three motorcycles.

At the national level, 34 people have been arrested in four provinces and three marijuana plantations have been dismantled, with a total of 800 seized plants. During the operation, the National Police has rescued 230 potentially dangerous dogs trained and destined to participate in fights to the death that have now been put in the care of protective animal associations.