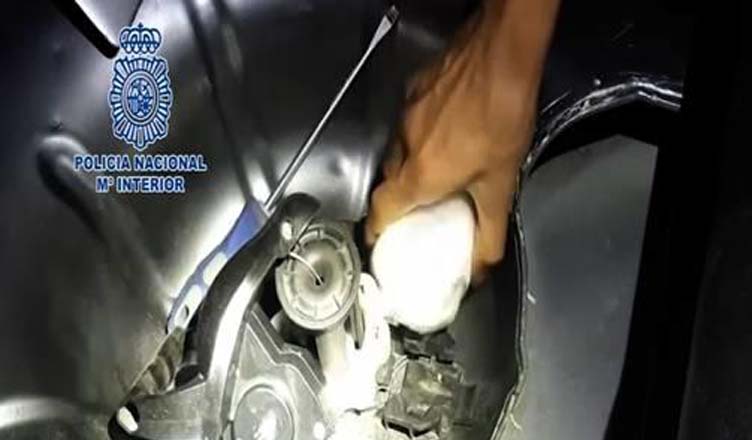 Three people were arrested in San Fulgencio last week as officers from the National Police caught them handling over 2.5 kilos of cocaine. One more arrest was then made in Elche the following day.

Although there is no relationship between the two, the seizure follows similar arrests just 24 hours earlier, with both groups following the same methods. The San Fulgencio and Elche detentions were of two men and two women between 24 and 63 years of age. Three are said to be of Spanish nationality and the other a Colombian.

The drugs were discovered in a specially welded compartment in the spare wheel recess of one of the cars, along with 1.3 kilos of a cutting substance and over 12,000 euros in cash.

The operation, carried out by agents of the Narcotics Unit of the Commissariat of the Province of Elche, has been underway for about two months.

Arrested for abandoning her newborn son in San Isidro