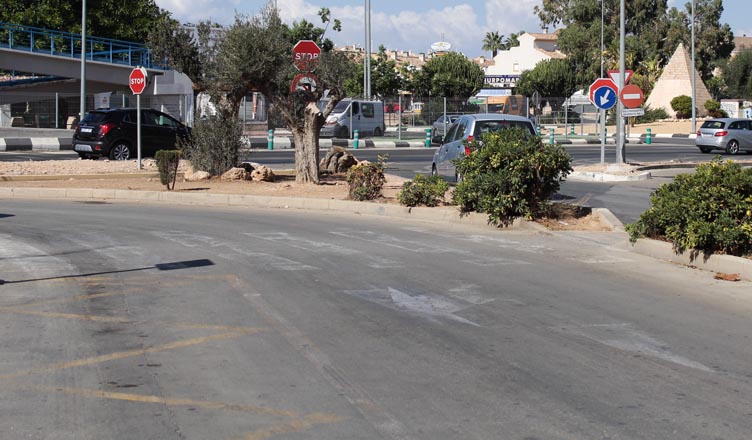 Surface markings, including centre lines and zebra crossings, have badly faded on majority of the roads in and around the Orihuela Costa putting motorists and pedestrians at risk.

Zebra lines are almost transparent at many busy junctions and crossings, particularly along the Calle del Mar and Calle Agua in Aguamarina/Cabo Roig leading onto the N332.

Cars ‘speed across the crossings without even seeing them’ and there have been a number of near misses, people living at the nearby homes say.

Robert Simmons said: “It’s over six months since I first reported it to the Playa Flamenca Town Hall and still nothing has been done. There are perhaps 20 need repainting along Calle del Mar and down the adjacent streets, some being far worse than others because of the weight of traffic.”

“I’ve been on and on at them to repaint the zebra crossings and the white lines because it’s dangerous. After nightfall the crossings are almost invisible and it is only a matter of time before we have a serious accident.”

“I was told last year it was a priority and would be done in a few weeks, but we are still waiting.”

“There are a thousand homes along that stretch of road and most people living there are elderly and scared to cross.