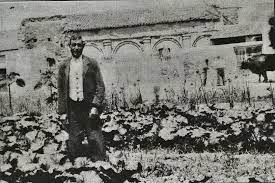 The provincial council in Alicante has awarded a grant of 216,750 euro to Almoradí town hall, which will be used to rehabilitate a house located on Calle La Reina (number 33), which will then become home to a museum dedicated to the 1829 earthquake which destroyed much of the Vega Baja area.

For its part, the local government will add another 24,100 euro to complete the work, which will have a total budget of 240,854 euro.

During the earthquake which occurred on March 21, 1829, Almoradí was completely destroyed, with more than 200 victims, as well as a large population affected, injured, homeless and orphans. Not surprisingly, it was the most important seismic event in the last 500 years.

The civil engineer, José Agustín de Larramendi, drew the plans to rebuild Almoradí, but before that happened the town became a test zone for what we now refer to as social housing. The fair distribution system placed widows and poor people first, followed by families with enough resources to build real estate with help, and lastly, wealthy people who were only given plots.

The houses stood out for their low height and for the strength of their interior walls. Rarely had a town risen again, at the same time that it was designed so that it would not perish again in the face of a new earthquake.

There are still three houses on Calle La Reina that were constructed Larramendi’s plans.