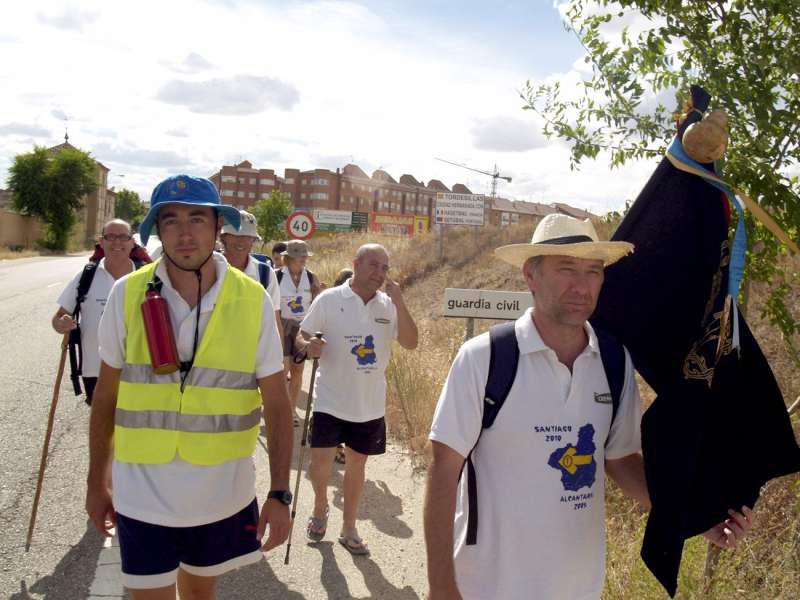 Torrevieja Council, and the Municipal School of Painting, want to launch a variant of the ‘Ruta de la Lana’, which starts from Orihuela to the Cathedral of Santiago de Compostela within the Camino de Santiago del Sureste, and integrate Torrevieja within of the official path, starting in the neighbouring town of Orihuela.

This 42-kilometre pilot test is divided into two stages, which will take place on Saturday 19 and 26 November and will start at the Sagrado Corazón de Jesús church in Torrevieja, will continue through Los Montesinos and will end in Benejúzar.

The second stage, which will take place on November 26 with departure from Benejúzar (a bus will leave from Torrevieja to the Benejúzar departure point) with arrival in Orihuela, passing through the municipality of Jacarilla with a total of 17 kilometres.

During the two stages, the group, made up of between 55 and 60 people, will be accompanied by the different local Civil Protection groups from all the participating municipalities.

The route was presented this week by the councillor for Tourism in Torrevieja, Rosario Martínez, the teacher at the Municipal School of Painting and organiser of the event, Olga Parra, along with the councillors for Tourism in Orihuela, Los Montesinos and Benejúzar, María García, Ana Juárez and Manuel Parra, respectively, and the Mayor of Jacarilla, Pilar Díaz, among others.

This is the first project in collaboration with the municipalities of Torrevieja, Orihuela, Los Montesinos, Benejúzar and Jacarilla, to highlight the cultural, landscape and architectural wealth of the Vega Baja region through these municipalities.

It was born with the aim of becoming a permanent route so that pilgrims, at any time, can travel it during any time of the year and thus consolidate it as an official route (South-Torrevieja Branch) certified by the Association of Pilgrims of Alicante for its inclusion in the Camino del Sureste.

This route will be a tourist attraction for all these towns showing that the region is not only sun and beach, but also has history, tradition and much more. The aim of this project is to discover the Vega Baja from another point of view that until now had not been valued.